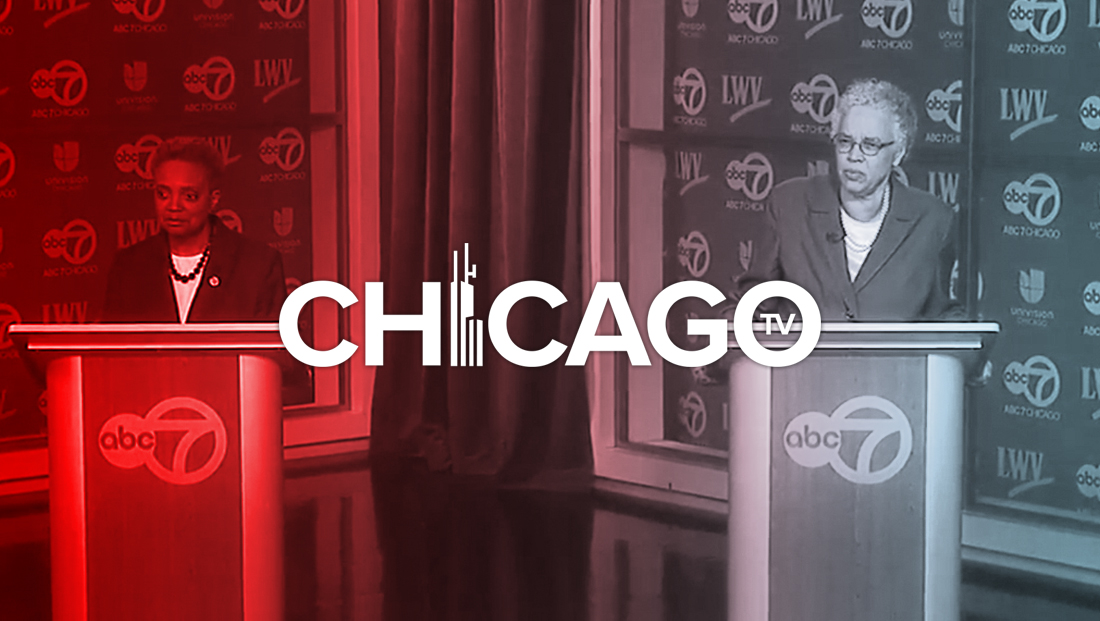 The debate, which was held at WLS’s studios along State Street in downtown Chicago, steered clear of the normal lighted draping the station has used for past debates.

The debate featured only two candidates — Toni Preckwinkle and Lori Lightfoot — because the city is facing a runoff election for mayor after a crowded field of candidates failed to produced a majority winner. 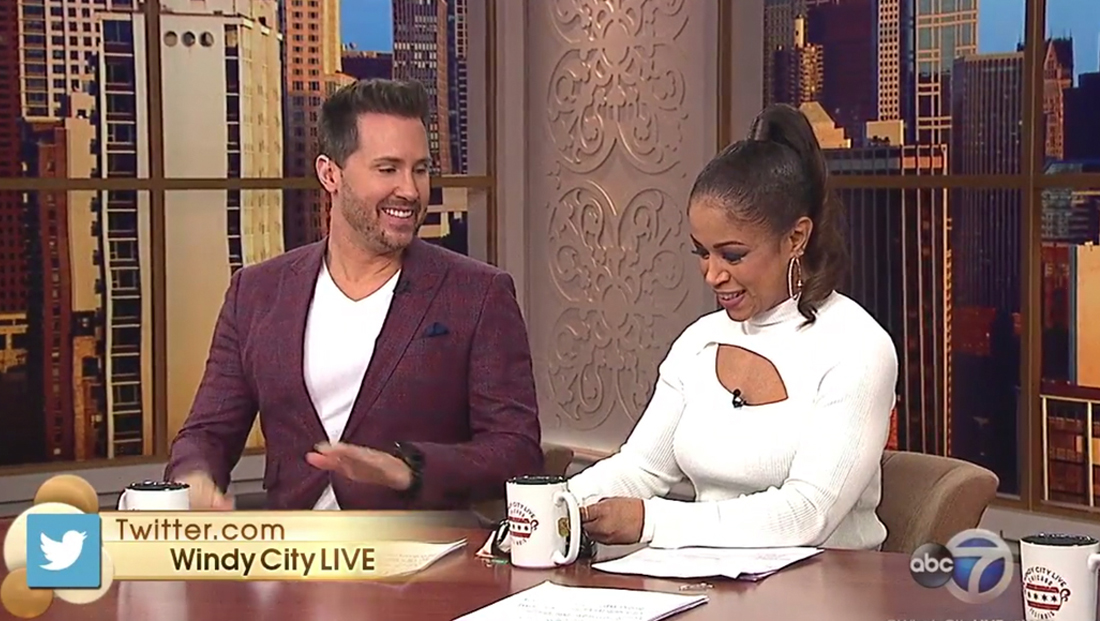 Here’s how the home base of ‘Windy City Live’ usually looks. 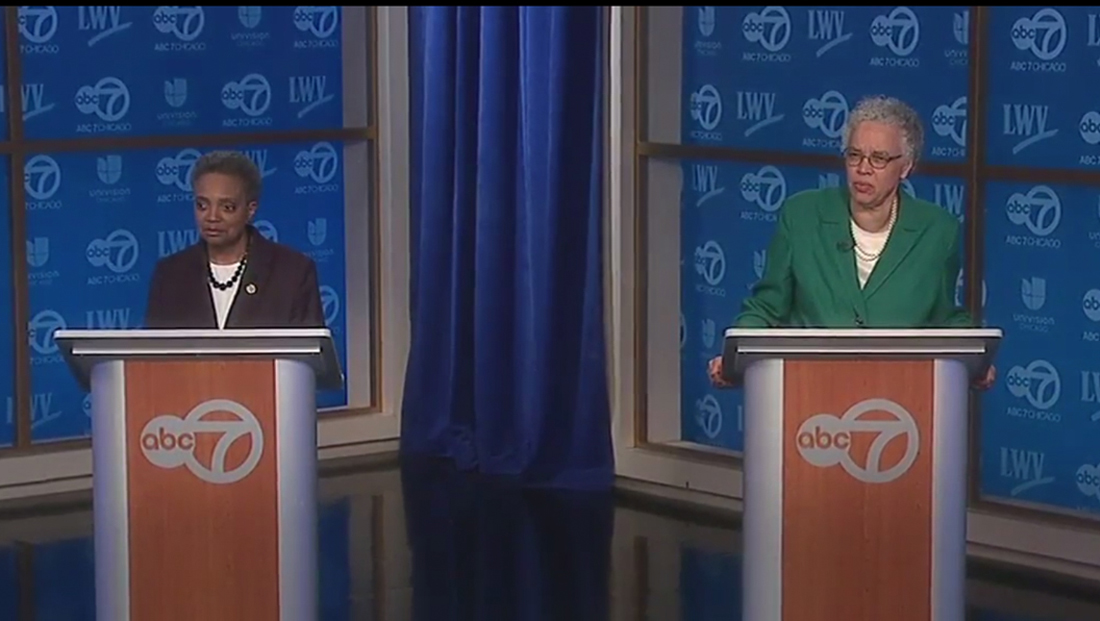 For the debate, WLS moved out the table and changed out the cityscape duratrans backgrounds in favor of step and repeat style panels with the ABC 7, Univision Chicago and League of Women Voters logos, who partnered on the debate. The decorative panel that normally sits between ‘Windy City Live’ hosts Ryan Chiaverini and Val Warner had a blue curtain thrown over it. 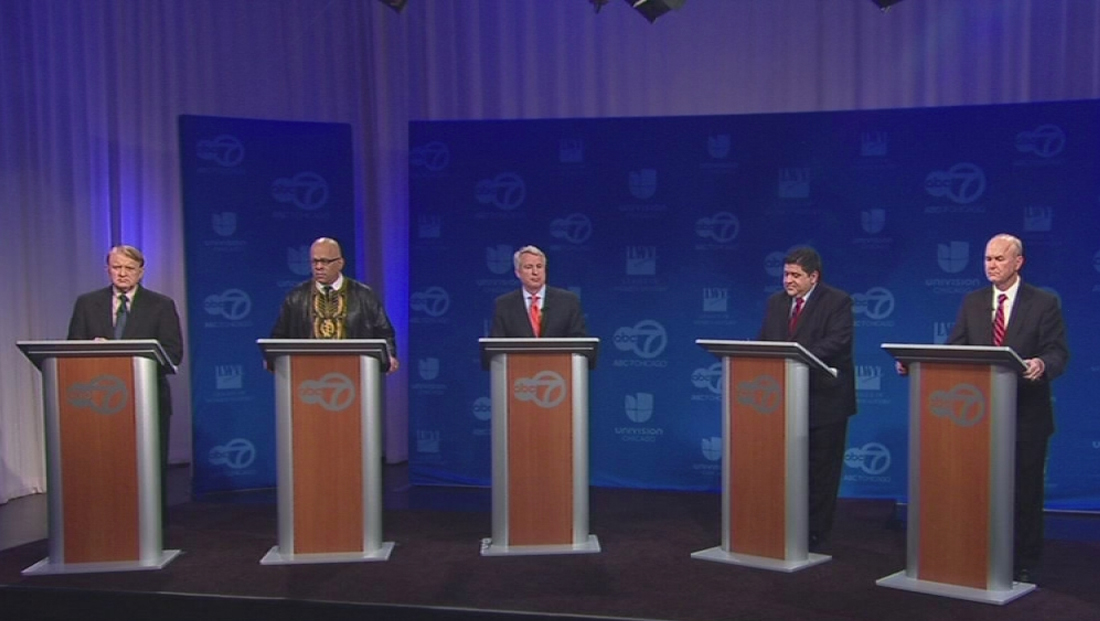 For debates it has broadcast previously, ABC 7 used a variety of setups, which typically included uplit draping and step and repeat backgrounds or gobos.