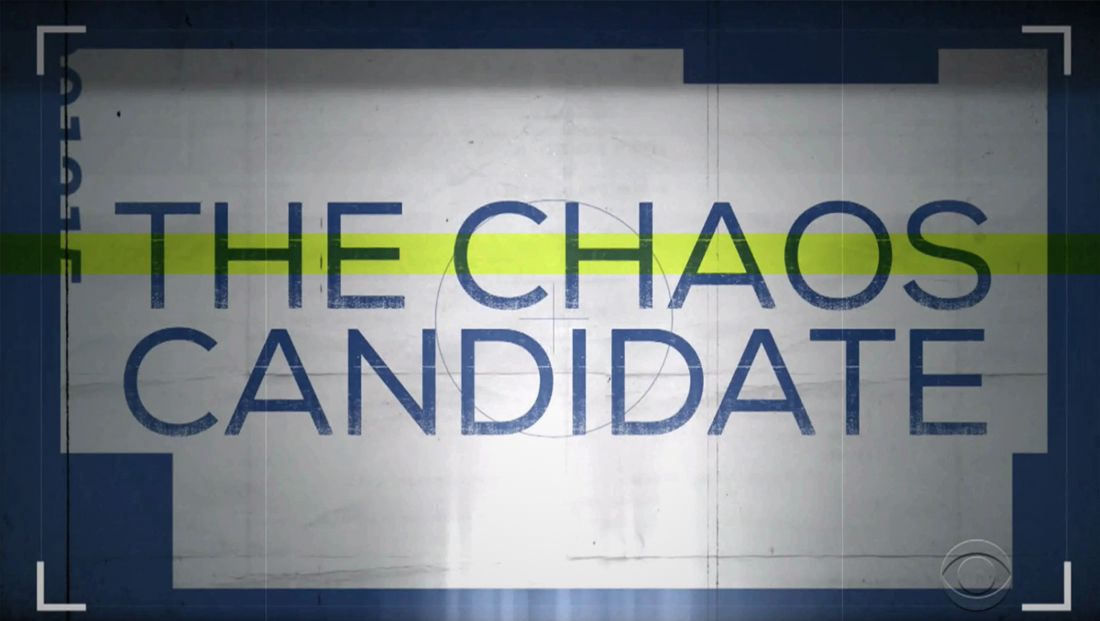 CBS News assembled a Mueller Report special Monday, March 25, 2018, that used a darker, more mysterious version of the branding the network has been using — but still carried through the same look.

“The Mueller Report: Turning Point” aired Monday evening anchored by Jeff Glor — with an extended pre-produced open that made use of stylized imagery and blue background and “corner” accents CBS began using when the report was first delivered to the Justice Department.

Added in, however, was a “glitchy” and “blur” effect that caused images to “jump” around screen. Subtle sound effects were also tied to animations, including bright yellow “highlights.” Additional gritty textures we also added to the open.

The yellow was also used to add a box for the subtitle.

After the open, Glor was revealed standing in a darkened Studio 57, starting with four small monitors showcasing the special’s logo. The camera pulled back to showcase Robert Mueller and Donald Trump’s images on the studio’s vertical screen with the corner accents added. Glor than slowly walked to stand in front of the studio’s large freestanding video wall.