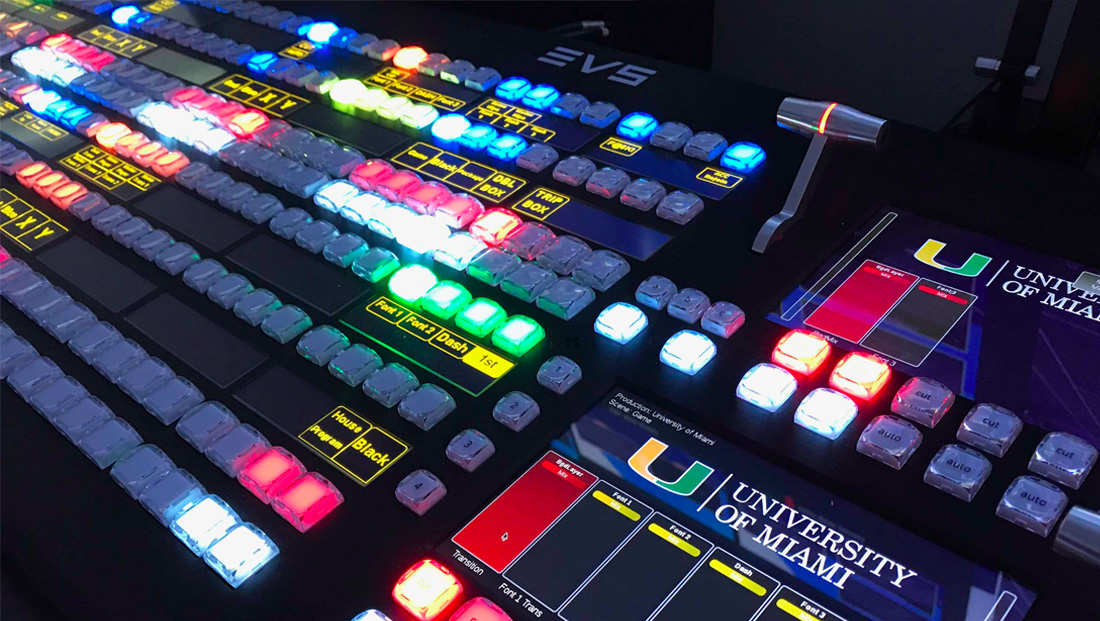 At the 2019 NAB Show Booth SL3816, EVS will demonstrate the centralized production workflow implemented by the University of Miami for its live sports production.

Home to the Hurricanes and 17 varsity sports, the university is the first educational institution to deploy EVS’s software-defined Dyvi switcher for high-quality programming of multiple sports from a centralized media production hub.

Drew Thomas, director of production services for the university, turned to Dyvi to reliably meet the demands of its digital programming and the school’s first foray into television broadcasting. 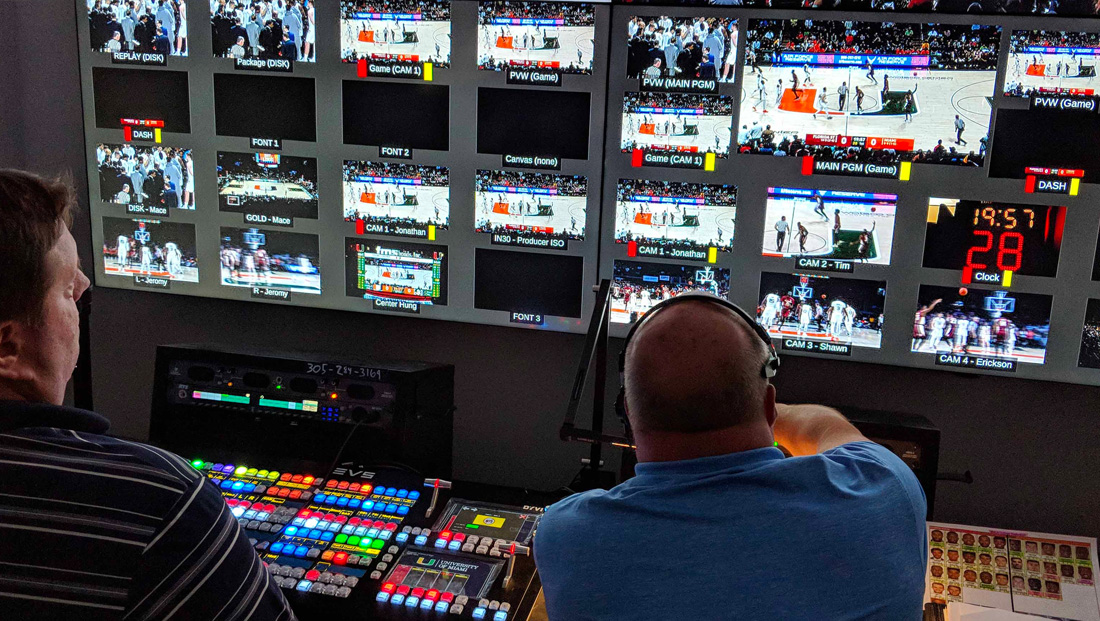 “It was a big step for us to produce the highest quality linear broadcasts,” said Thomas in a statement. “Dyvi gives us a whole range of options that just weren’t possible before. The GUI lays out the physical switcher the way you want to see it. The flexibility to view things on the board and make changes in real time without having to start from scratch is a tremendous advantage.”

Dyvi is widely deployed for broadcast and entertainment live productions.

The EVS systems ingest live feeds from events across the campus that operators use to create replays of the action, which are then cut into the live output by Dyvi.

In addition, the XFile3 system enables the production team to back up, stream and restore media files in any format during live productions.

Thomas is scheduled to present the Hurricane’s workflow at EVS’s press conference at NAB, scheduled for Monday, April 8 at 4 p.m. in the EVS booth (SL3816). The event also kicks off EVS’ 25th anniversary festivities.

To learn more about the UM project, watch this short video case study.