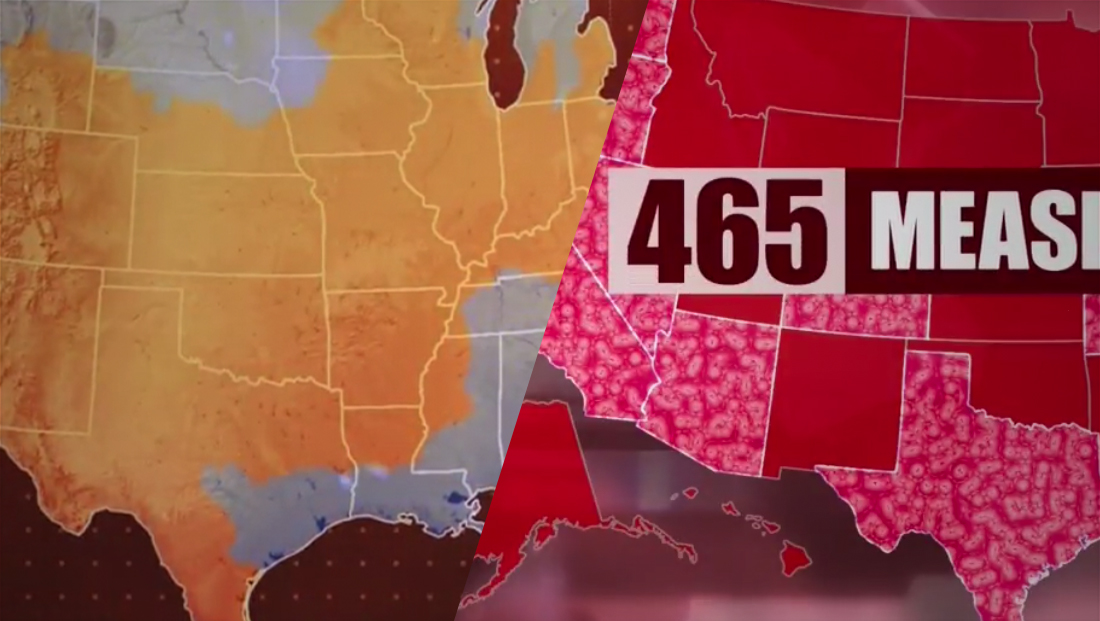 The maps were aired during the show’s first week with a new graphics update that rolled out Monday. 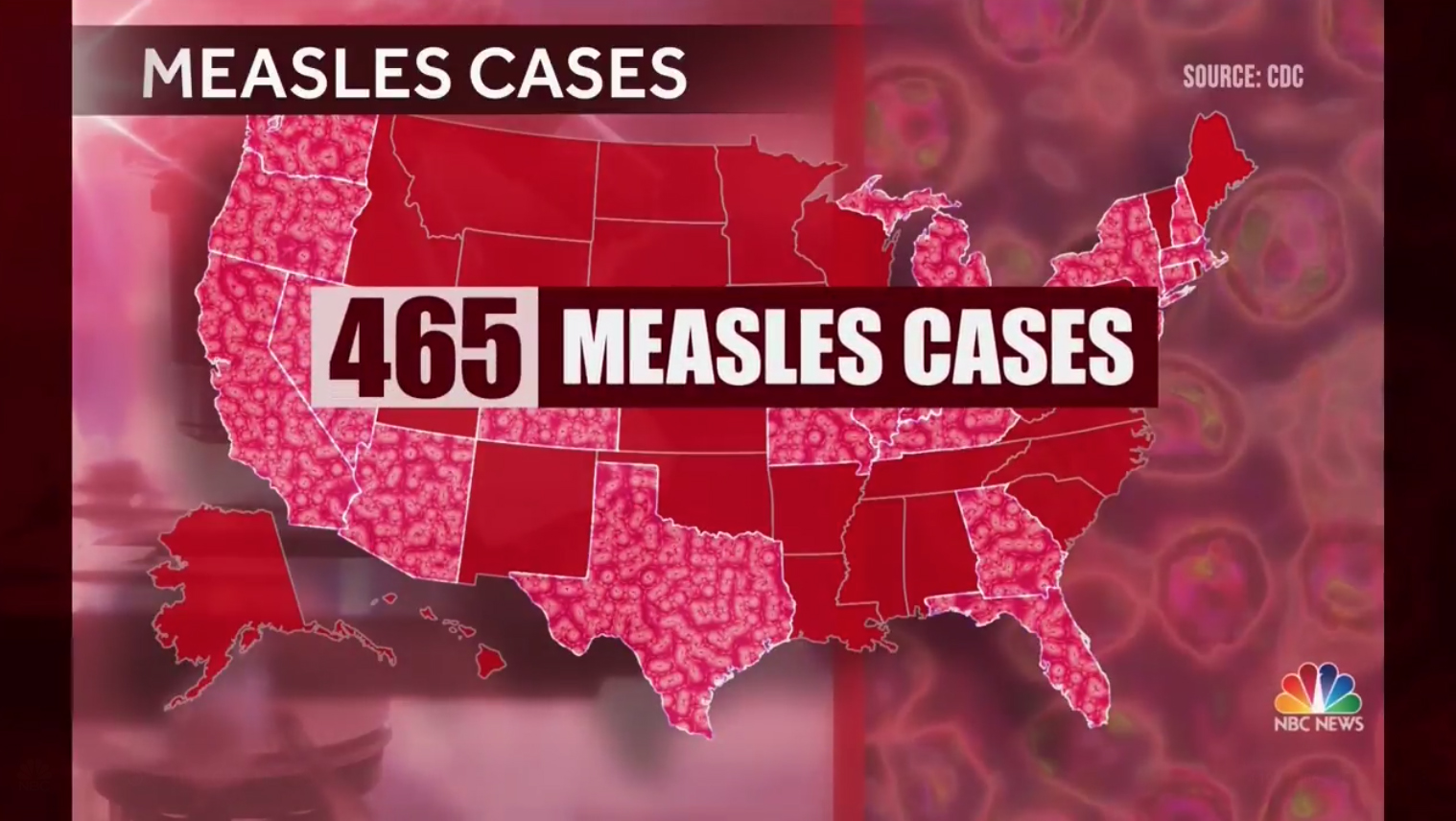 This map, which is based on a design NBC has used previously, features states affected by measles filled in with a pattern that simulates the red patches associated with the disease. 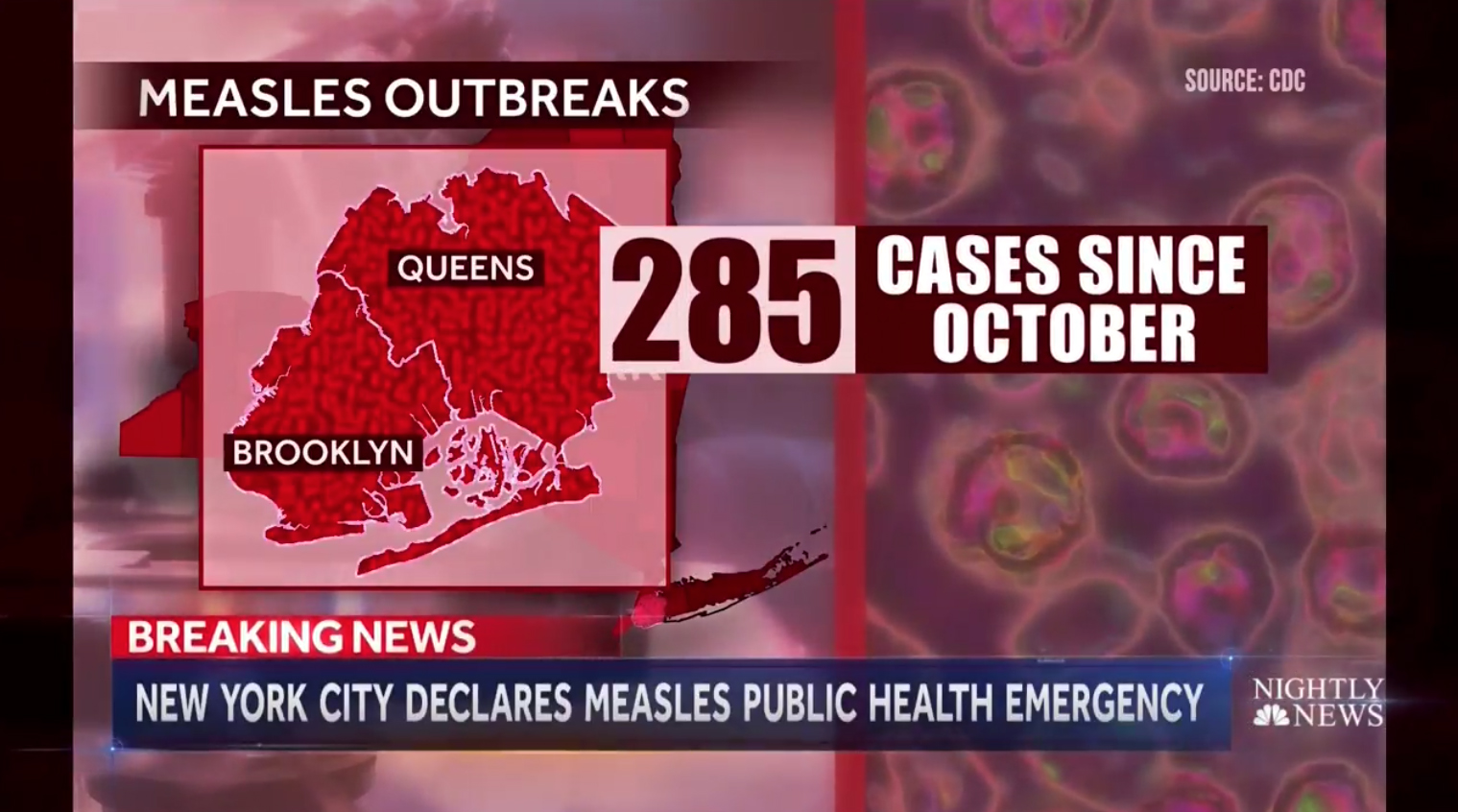 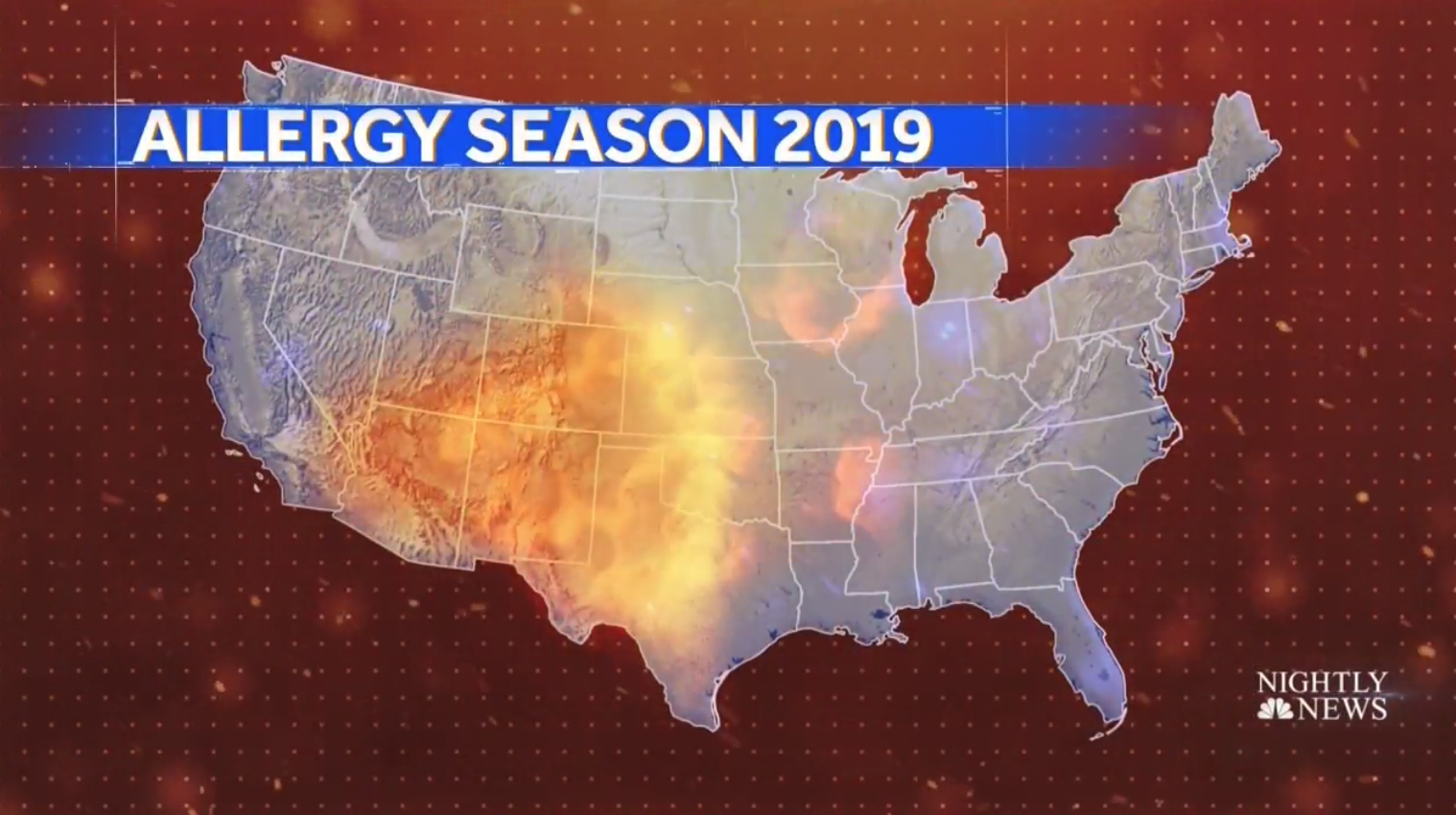 NBC also aired this map Tuesday that showed a fire-like wave of the ‘pollen apocalypse’ pollen bomb that’s sweeping the country. In the background, bright dots of ‘pollen’ floated by. 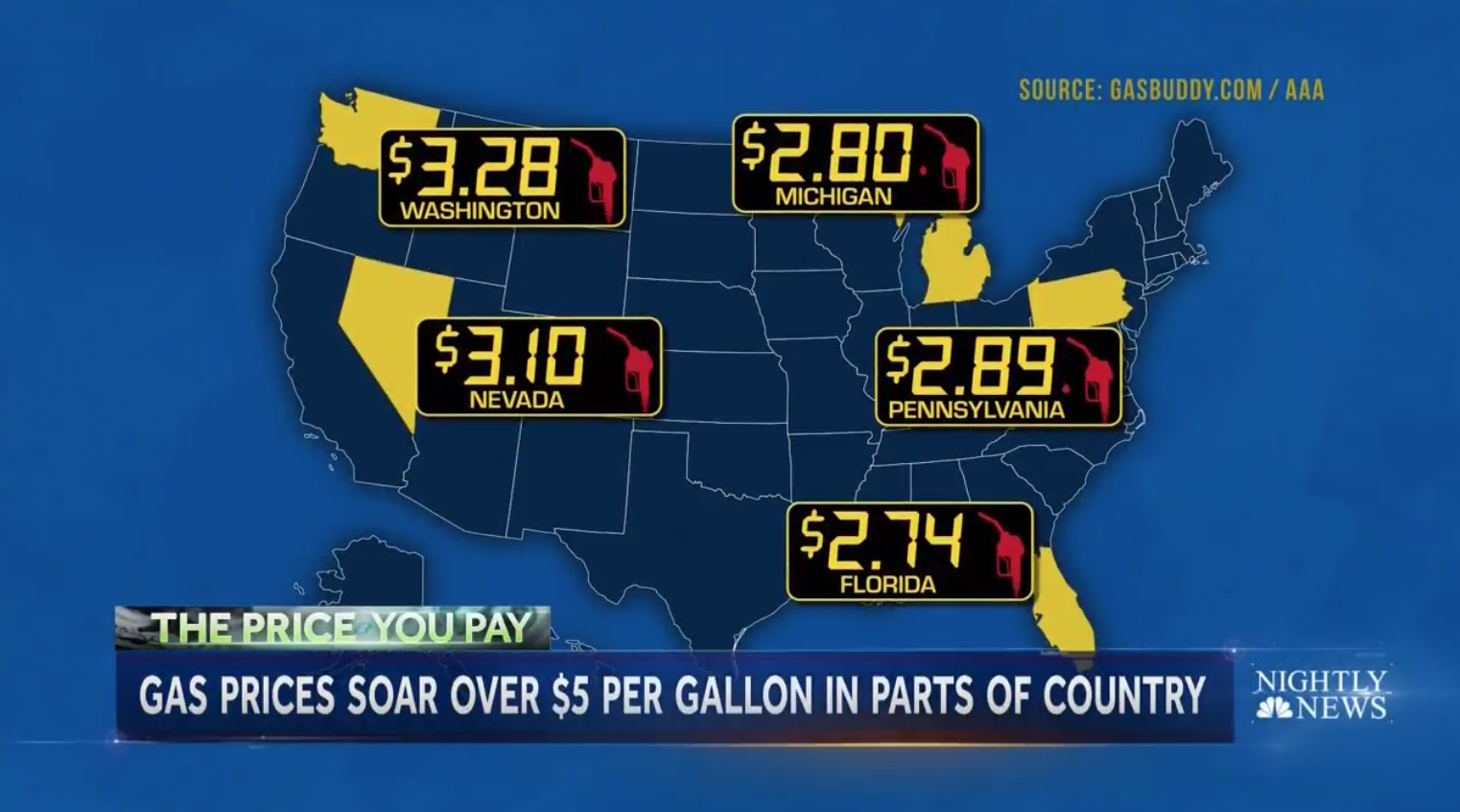 Later in Tuesday’s broadcast, during a ‘The Price You Pay’ segment, ‘Nightly News’ used this map to display average gas prices around the country. Thankfully, this map was a bit more traditional — perhaps only triggering a bit of pain in viewers’ wallets.