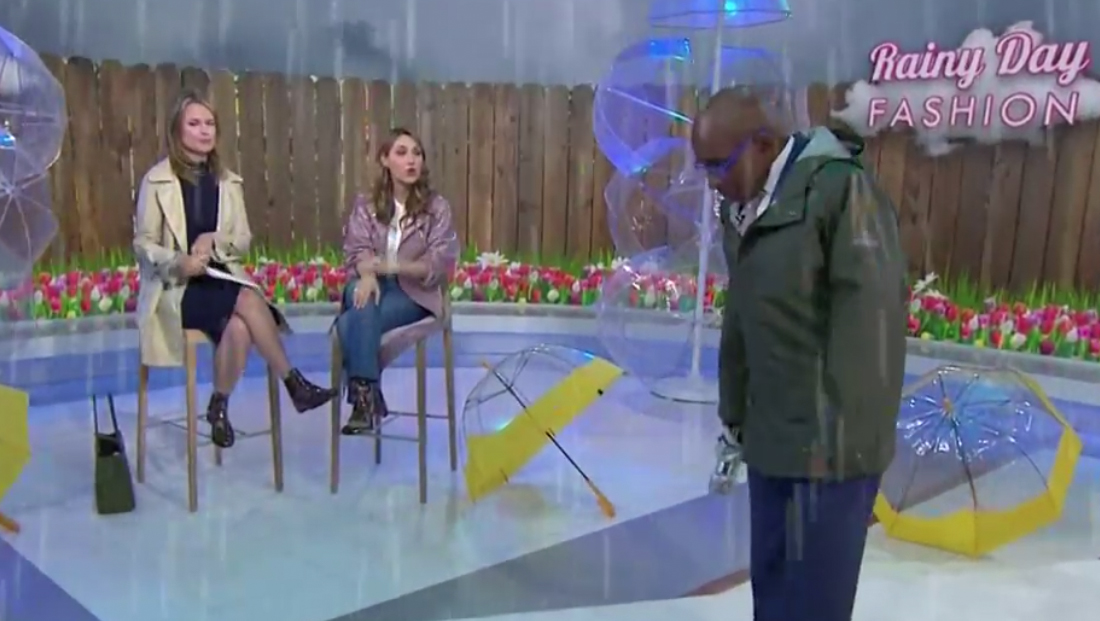 With the “April showers” season in full swing, “Today” “made it rain” during a fashion segment April 15.

During the entire segment, the control room fed a “rain” effect overlay on top of the video feed, creating the illusion that it was “raining” in Studio 1A.

Meanwhile, the “Today” team was shown sitting and standing among vertical poles with clear umbrellas “sprouting” from them while yellow rimmed umbrellas were placed around the floor.