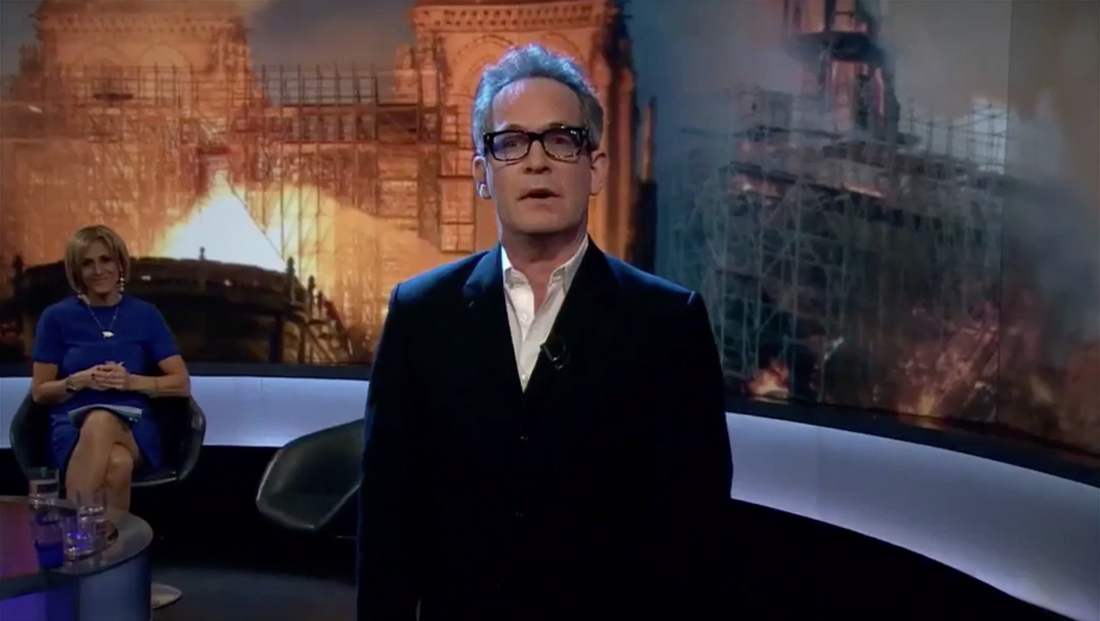 BBC’s “Newsnight,” like most other broadcasters around the world, covered the fire at Notre Dame extensively — and opted to sign off with a eloquoent words from nearly two centuries ago.

As the broadcast wrapped, the control room cut to a wide shot of the studio’s video wall.

Barnett could be seen in the background briefing before the lights were dimmed and British actor Tom Hollander appeared on screen reading an excerpt from the “Hunchback of Notre-Dame” novel by Victor Hugo.

Behind them the studio’s video wall displayed a dramatic image of the cathedral.

Hugo’s novel was adapted into several films, including American adaptations in 1939, a 1982 live action film starring Anthony Hopkins and a 1996 Disney animated feature — with a direct to video sequel.