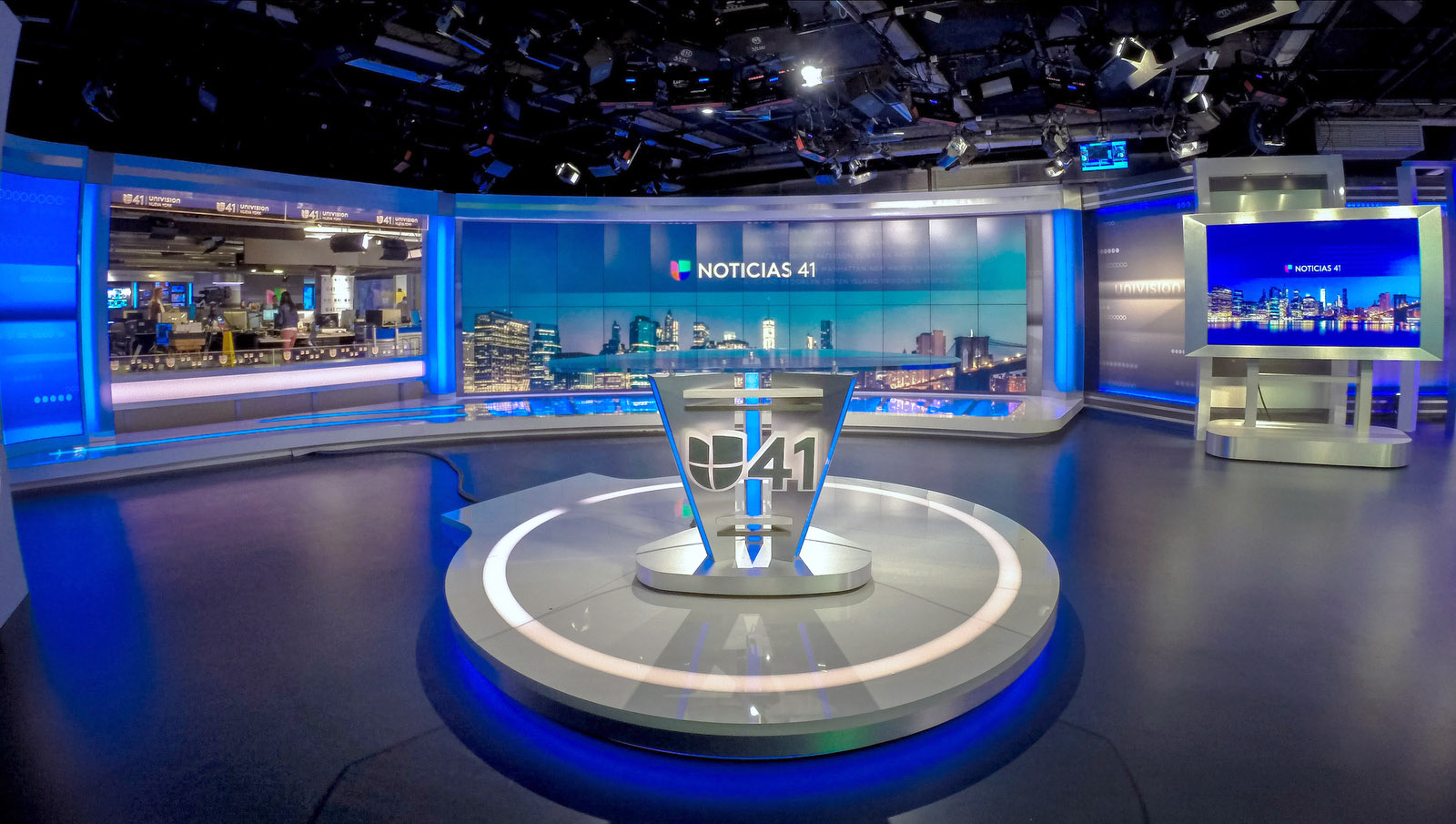 WXTV, the Univision O&O in the nation’s largest media market, had debuted a new set for its Spanish-language newscasts, which are aired under the name Noticias Univision 41.

The New York City station’s new set features an 24-foot wide floor to ceiling curved video wall array as its primary background, while a dramatically angled presentation pod serves as a standing anchor desk that allows talent to be framed against any of the wraparound set’s backgrounds.

Other elements include a real view into the station’s newsroom to the left as well as an 84-inch wild touchscreen panel. The is also boasts lit columns, frosted and backlit panels and a glass “walkway” in from the video wall, allowing it to double as a standup venue. 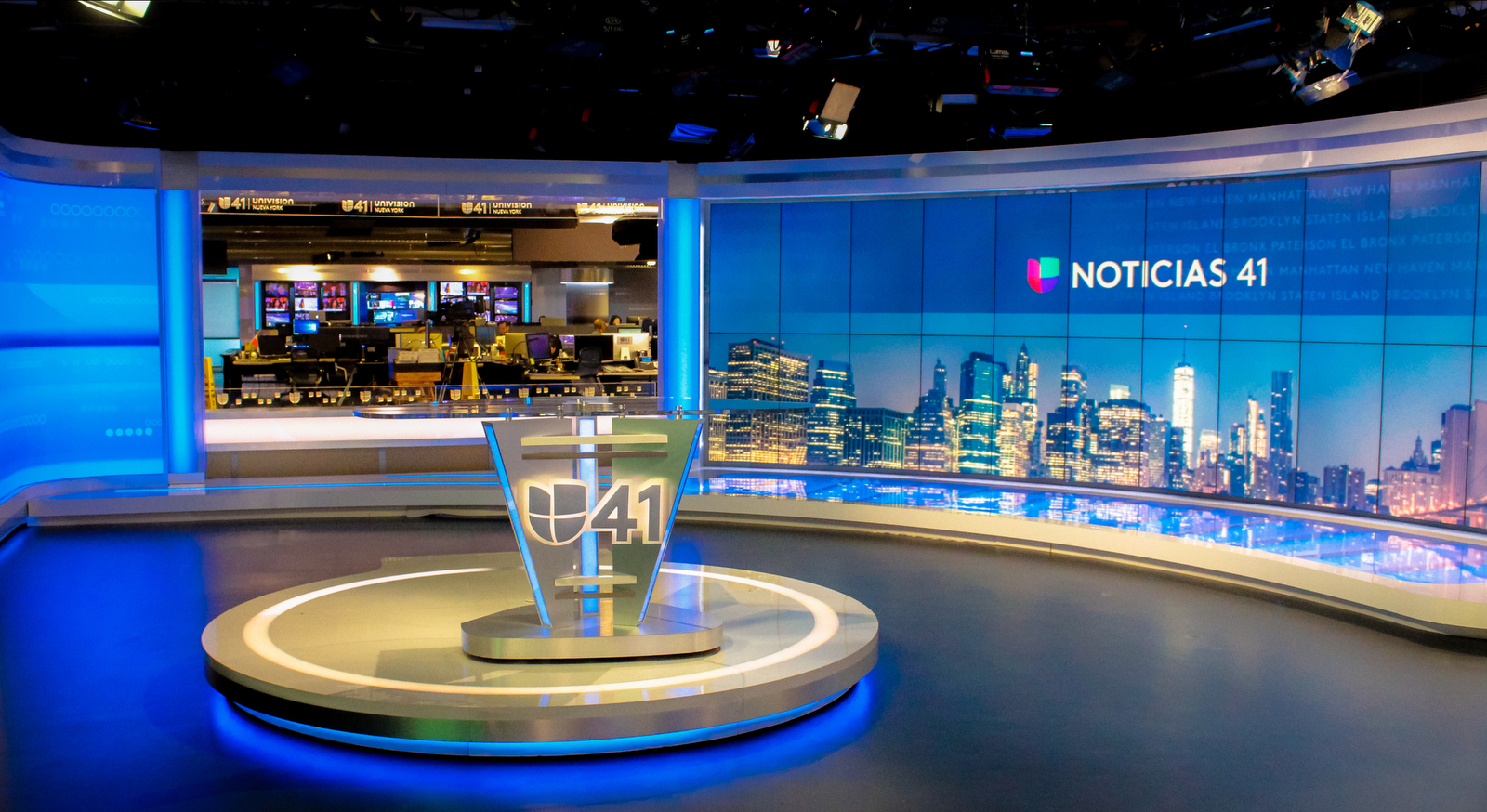 “We are thrilled to unveil our redesigned broadcast studio, which is newly equipped with cutting-edge technology and kick off a new era for Noticias 41. From the largest video wall in New York City to new, green technology that will reduce power consumption and a new wireless Steadicam – our new set is specifically designed to deliver the best content to the most loyal and engaged viewing audience in the Tri-State area,” said Roberto Yañez, president and general manager of Univision New York.

The new WXTV set was designed by Pulso Design, which also designed the O&O in Miami, WLTV, the shared Univision Weather Hub and other projects. AV Design Services provided the display technology integration for the project. Barbizon Lighting coordinated the lighting with lighting design by Matt Gordon of Eastern Lighting Design.