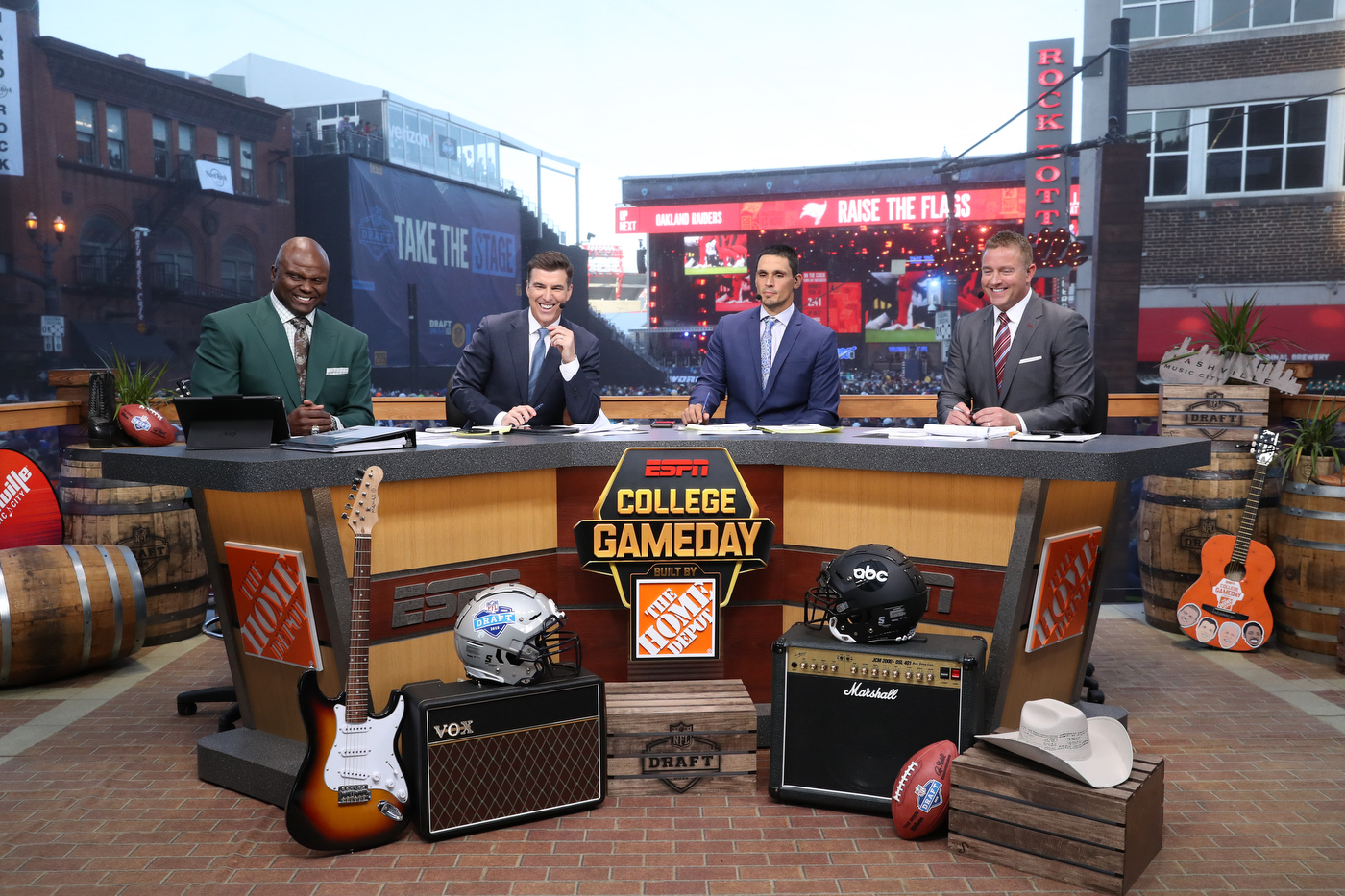 The NFL Draft was held over the weekend in the Country Music Capital of the World, with ESPN and ABC surrounding the festivities with multiple locations for broadcasts.

Taking over Broadway in downtown Nashville, the NFL erected a large stage at the riverfront with LED screens lining the space and the street giving fans a view of the picks.

Along with bringing its “College GameDay” desk and crew, ESPN also utilized various positions with some Nashville themed flair. 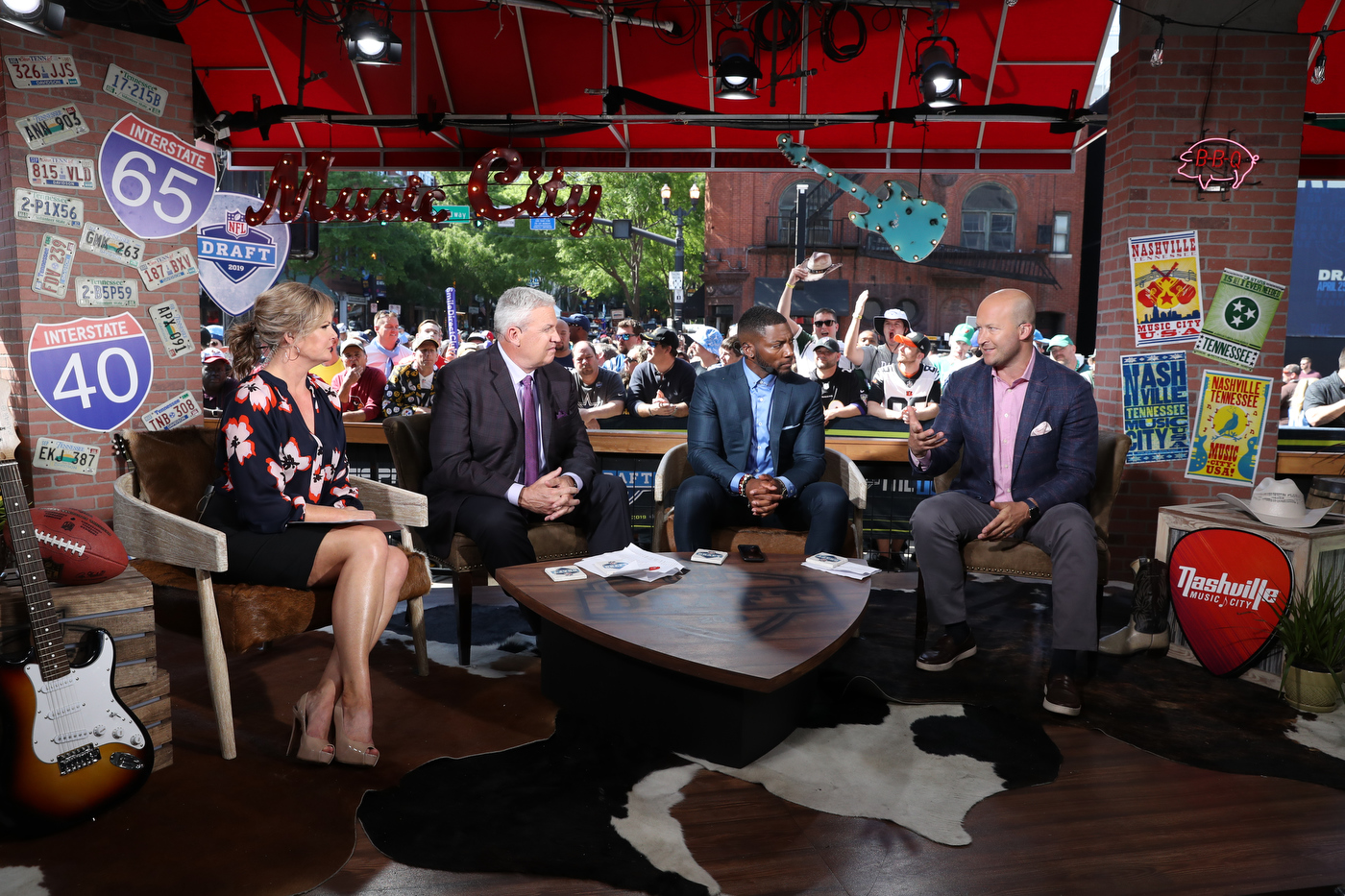 ESPN programming like “NFL Live” and “Get Up” borrowed a patio at the Rock Bottom Brewery for broadcasts creating a fan-lined backdrop with hanging signs and memorabilia. 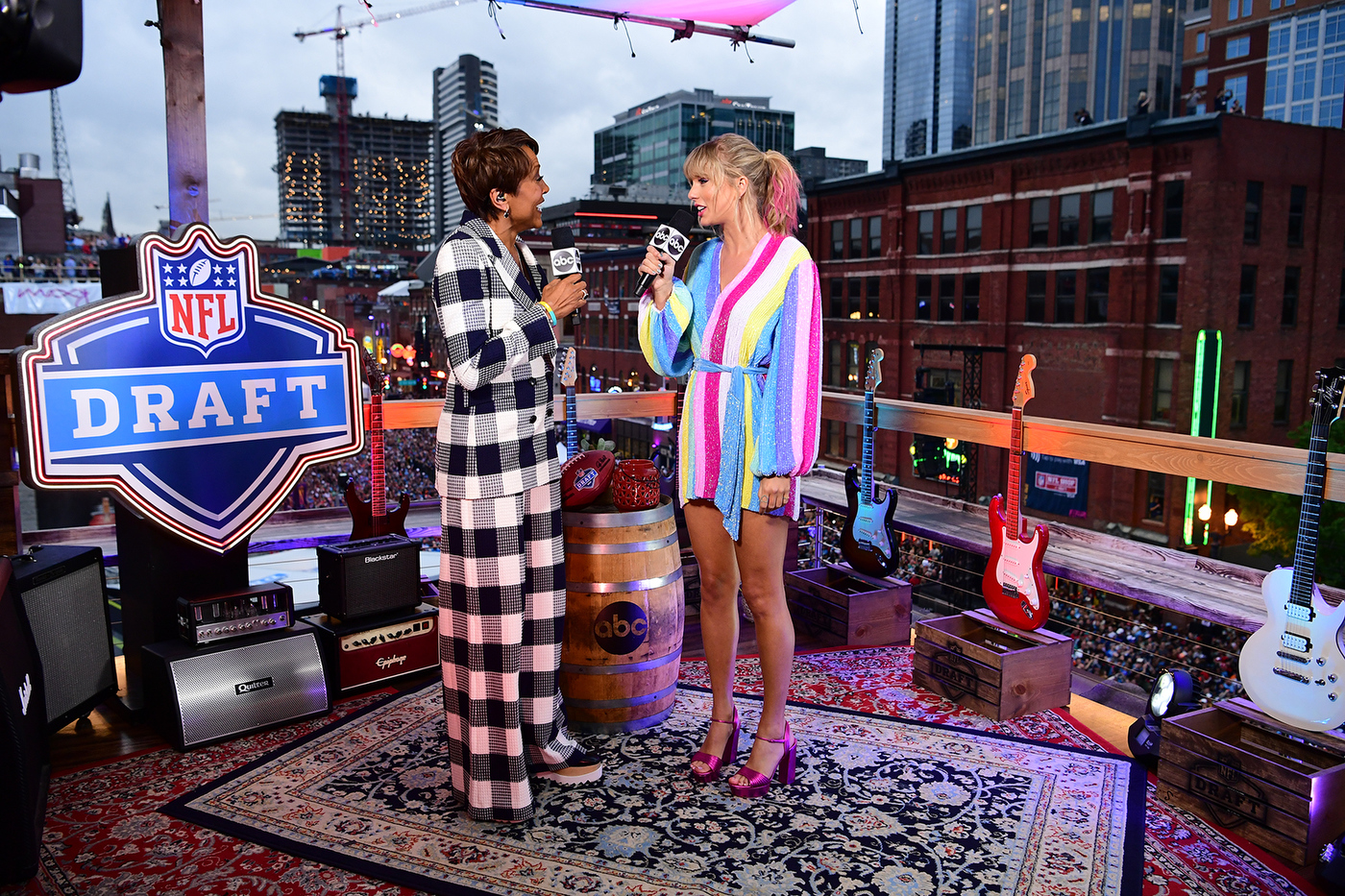 The roof of the restaurant was also activated by ESPN and ABC, turned into a guitar filled space used by “Good Morning America’s” Robin Roberts for her coverage of the NFL Draft broadcast.

Along with being used for interviews during the coverage, the roof set also made appearances leading up to the NFL Draft on sister ABC properties like “GMA.” 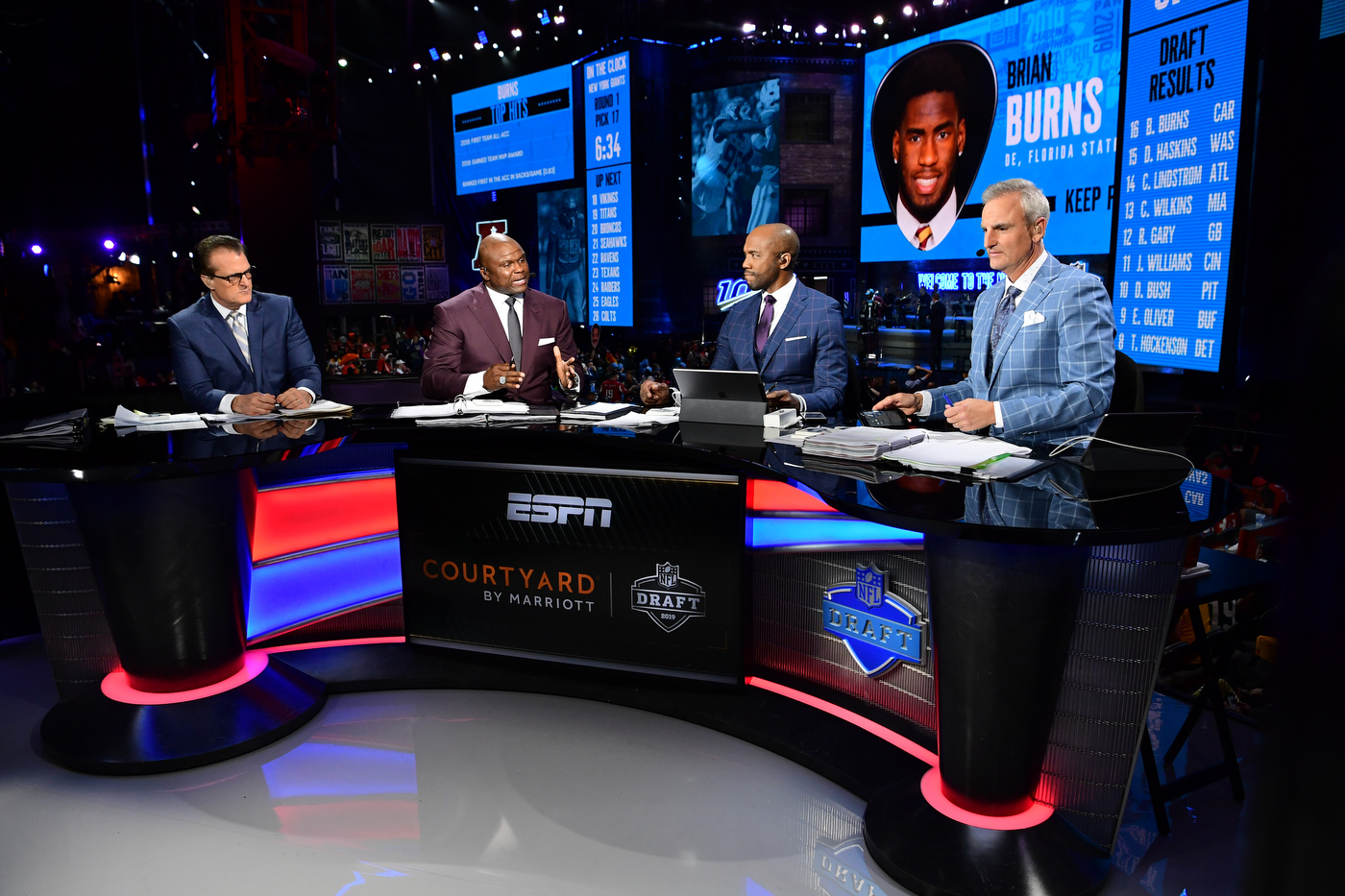 ESPN’s primary location was next to the NFL Draft stage on lower Broadway, using the network’s traveling desk from “Monday Night Football” and “Monday Night Countdown.” The stage’s large LED screens provided an ever-changing backdrop for the broadcast and allowed announcers to see the action on the stage.

Sports Video Group notes ESPN had five sets in total at the NFL Draft, marking the biggest production ever of the event by ESPN.