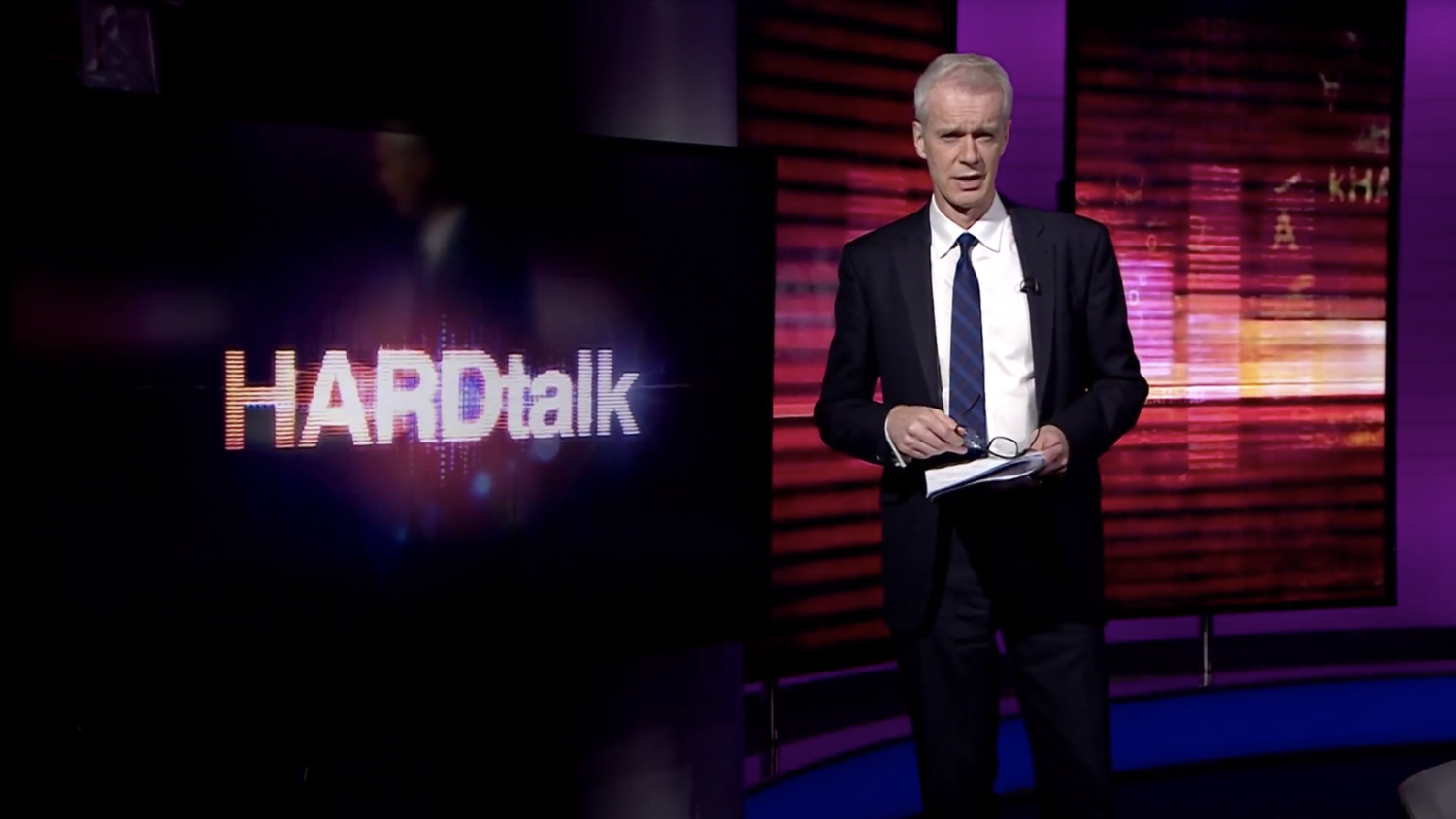 “Hardtalk,” the in-depth interview program of BBC World News, originated from the network’s Nairobi, Kenya, bureau recently for an interview with British politician Jeremy Hunt as he embarked on a five-nation tour of Africa to shore up support post-Brexit. 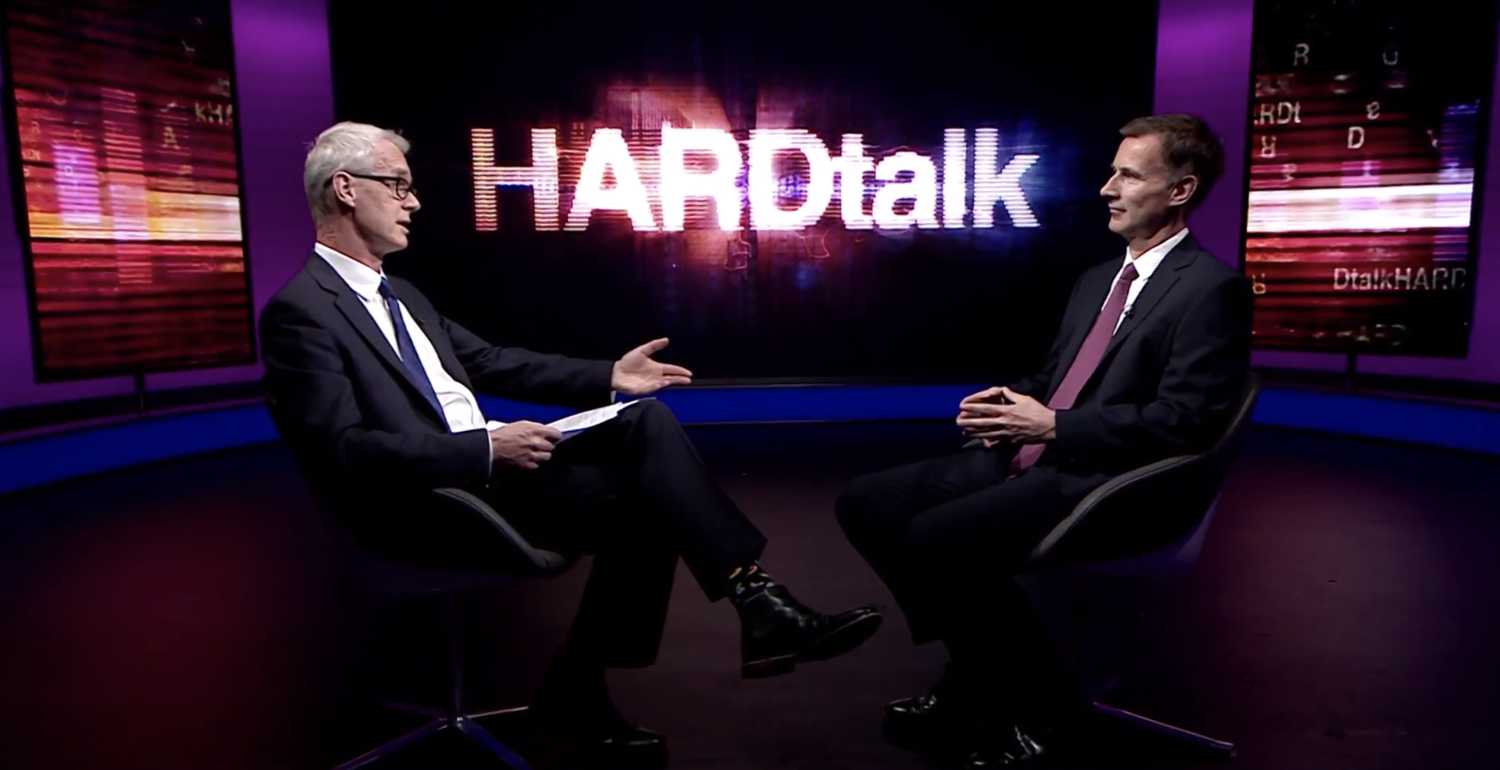 For the special interview, which aired on May 11, 2019, the Nairobi bureau studio – which follows the standard BBC News design aesthetic – was updated with dramatic lighting cues to match the normal “Hardtalk” look, along with monitor graphics to match the show’s normal fill graphics.

Presenter Stephen Sackur noted the change of venue before the interview with Hunt.

“Hardtalk” typically broadcasts from Studio C at the BBC’s Broadcasting House in London.

BBC News opened its Nairobi bureau in November 2018, with broadcasts in 12 African languages plus English. The facility is the largest for the organization outside of the United Kingdom, with other African BBC bureaus in Lagos, Nigeria, and a French-language bureau in Dakar, Senegal.