Networks put on big ‘shows of shows’ for upfronts 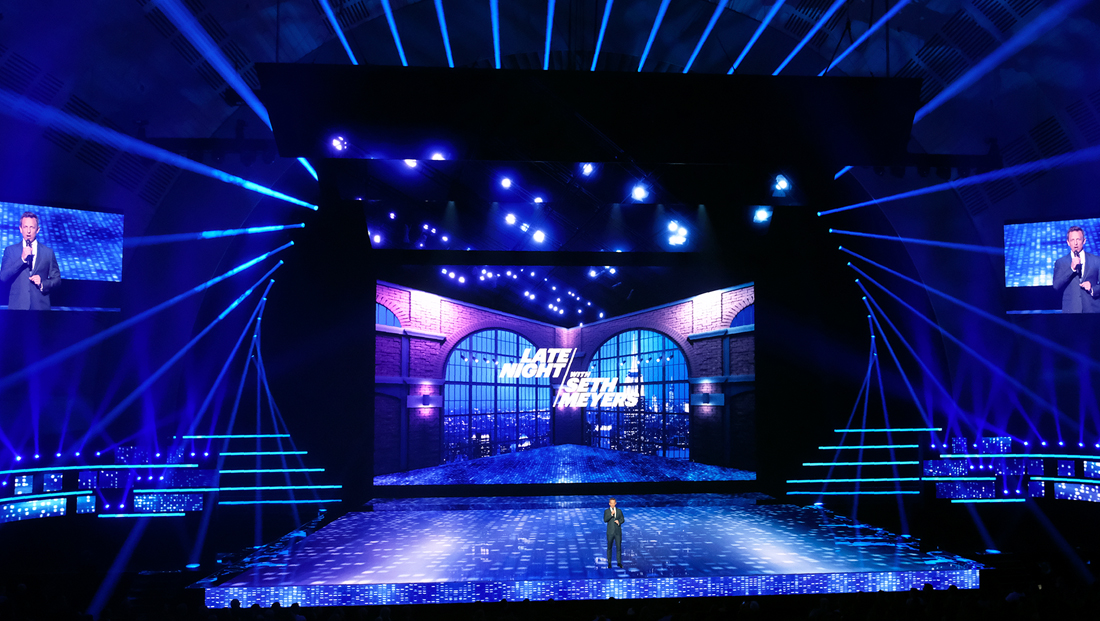 Upfronts, by definition, are typically splashy stage-style presentations designed to not only announce programming plans for the coming TV season but grab the attention of advertisers.

The presentations, which usually happen in late spring each year, are a chance for TV networks to showcase new and returning programming — as well as schedule updates — to the world.

Originally targeted toward advertising executives and designed to help showcase the shows their ads can be inserted into, the events have also become better known to the general public in recent years.

Upfronts typically include appearances by big stars, hosts and anchors in an auditorium-like setting.

ABC goes off the grid for its upfront primetime schedule graphic

In many ways, the production design for these events is similar to that of awards shows and this year’s continued to follow the same industry-wide trend of using giant LED video panels to create dynamic backgrounds to showcase network and show logos, imagery and more.

Here’s a look at the production design that ABC, CBS, NBC and Fox used for their 2019 upfront presentations.

ABC and Disney had an elaborate setup, taking over two auditoriums in the northeast corner of Lincoln Center as well as portions of the complex’s lobbies and exterior.

The location is just a short distance from the network’s current primary operations center in New York.

The presentation, billed as the “Upfront Experience” by Disney, also had more ground to cover — including ABC, ABC News, ESPN, Freeform, FX Networks and National Geographic.

The latter two properties are new to the Disney family thanks to its acquisition of 21st Century Fox assets. 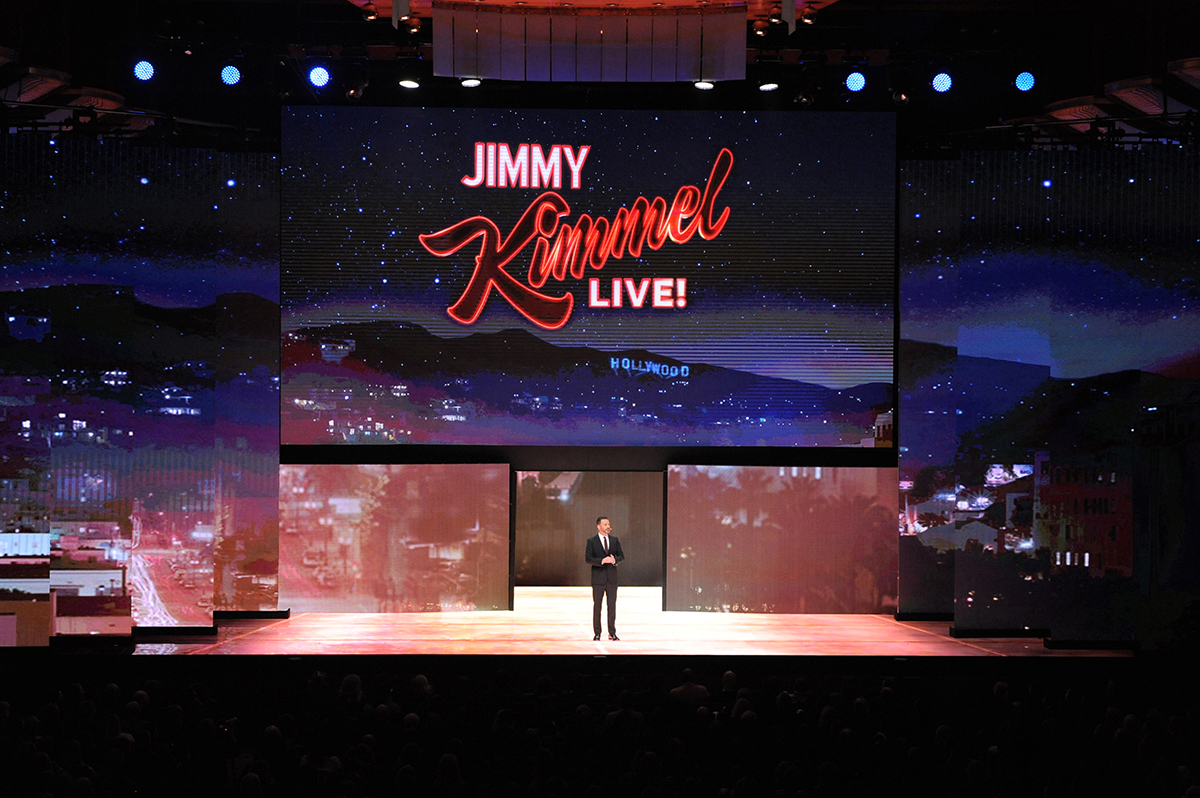 In David Geffen Hall, Disney created several layers of vertical video panels on either side of the stage, as well as two flanking an opening in the center of the stage that served as an entrance for presenters. That opening was, in turn, backed with another video wall, while yet another one was placed above this area. Photo by Pawel Kaminski, Walt Disney Television 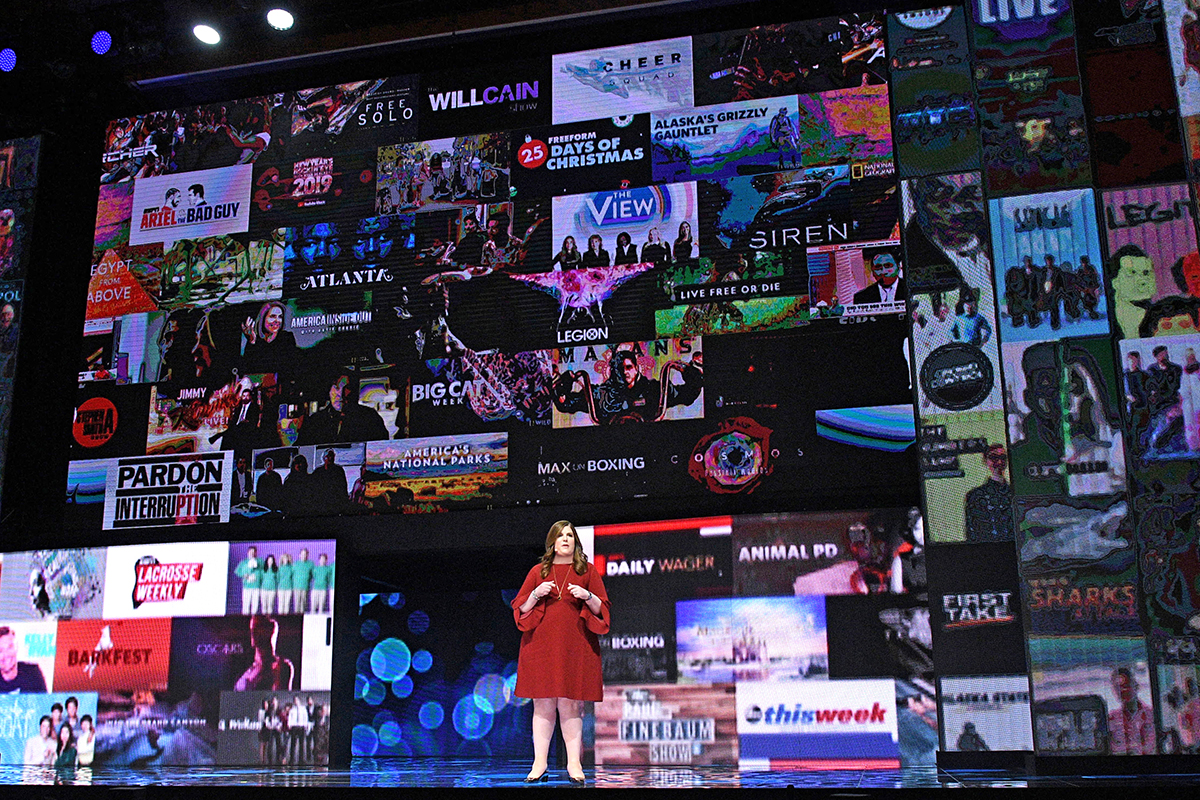 Disney’s president of advertising sales partnerships Rita Ferro appeared on stage surrounded by a collage of show logos and key art from across the Disney family. Photo by Lorenzo Bevilaqua, Walt Disney Television 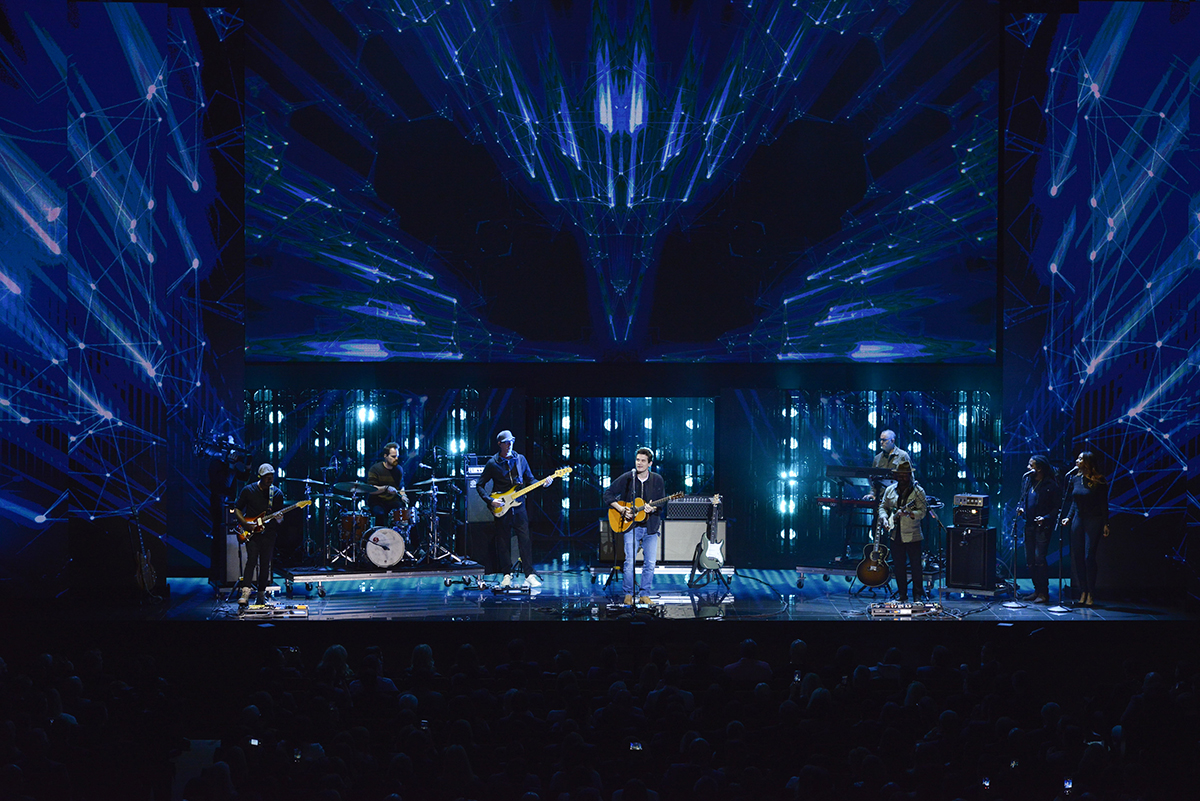 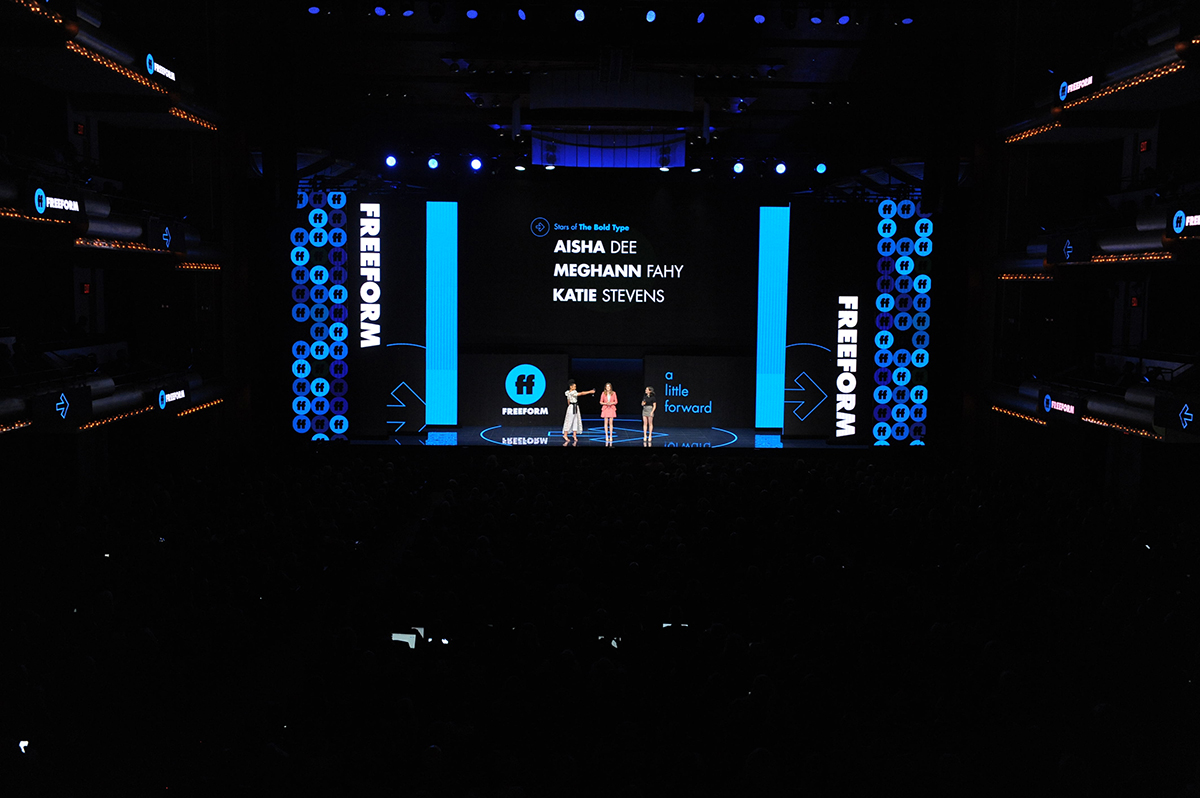 In Alice Tully Hall, a smaller stage was set up for other portions of the presentation. The stage featured a large video wall and additional panels  on the side walls surrounding the audience seating. Photo by Robert Milazzo, Walt Disney Television 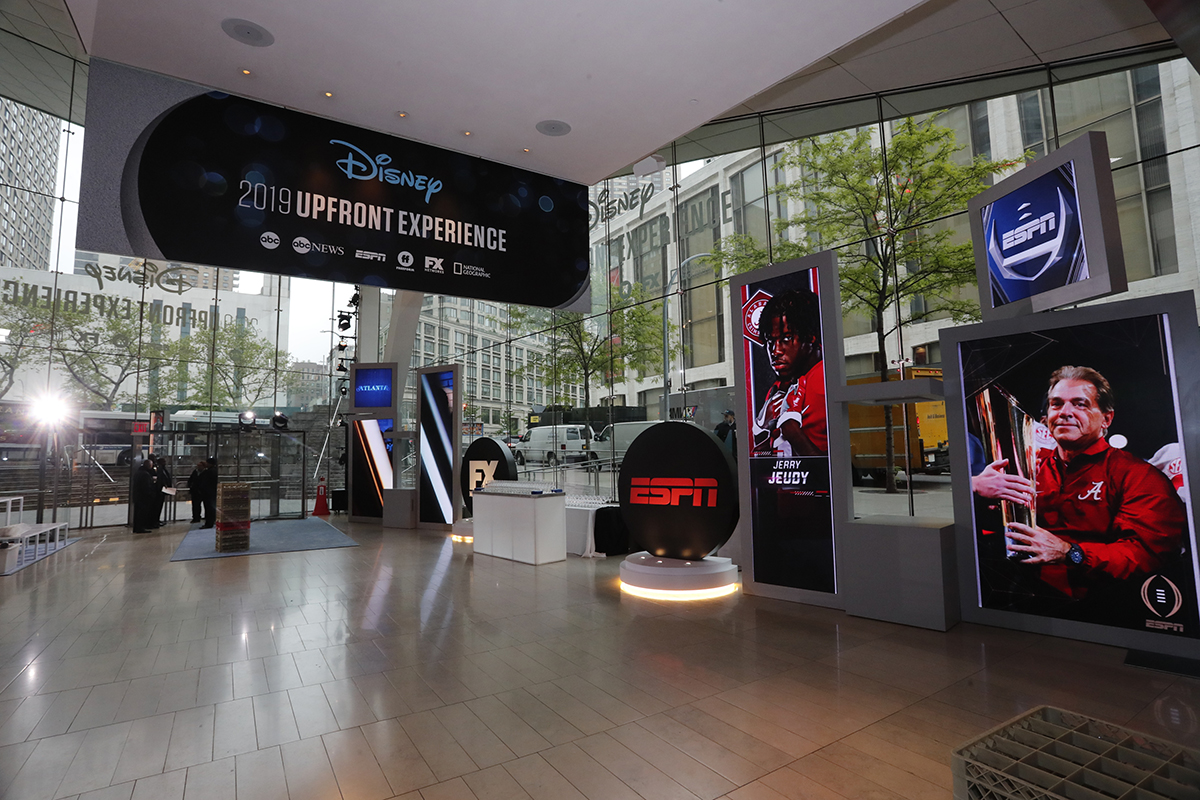 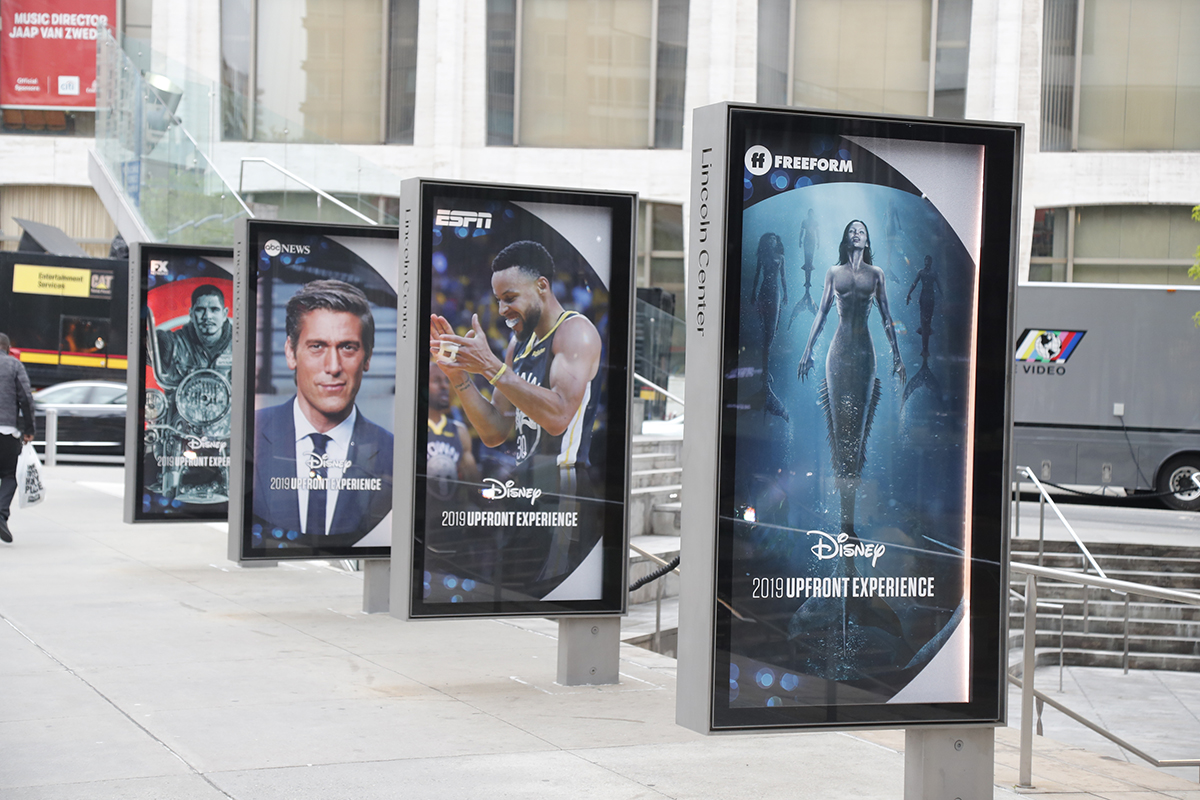