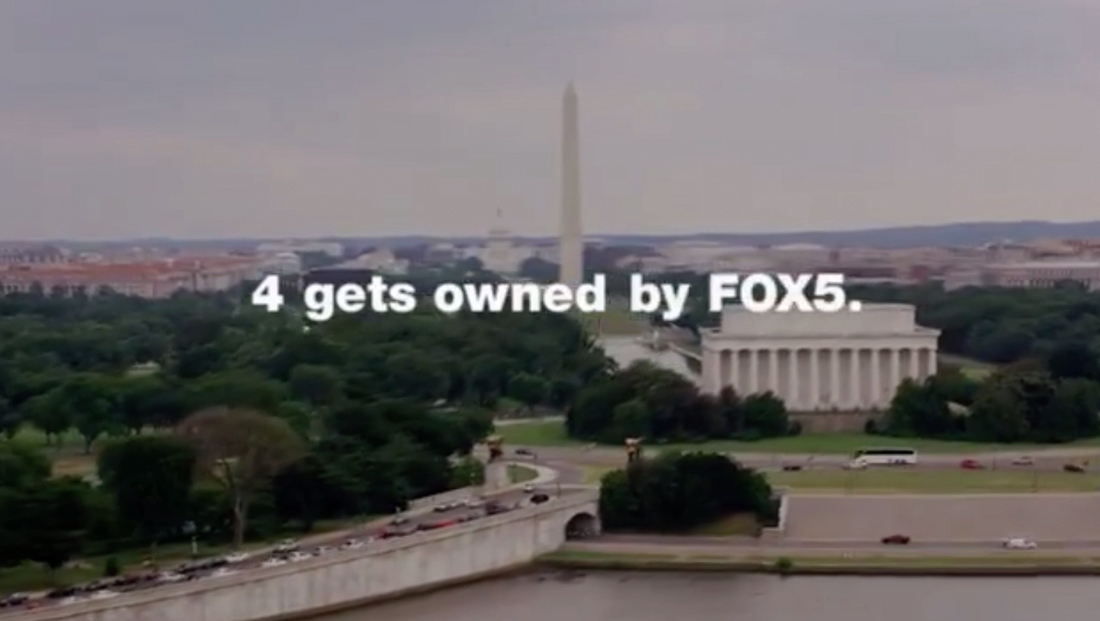 WTTG, the Fox O&O affiliate in Washington, D.C., is using the launch of its 4 p.m. newscast to take a jab at a competitor.

The newscast will compete against news on both NBC O&O WRC and ABC affiliate WJLA.

In the hard hitting promo, the line “4 gets owned by Fox 5” appears on the screen over dramatic aerial shots of the city.

The double entendre here, of course, is that “4” is a reference to both WRC and the 4 p.m. time. The local CBS affiliate airs “Dr. Phil” instead of news.

Meanwhile, a hard-hitting musical bed accompanies the spot — so dramatic that it’s sort of surprising landmarks don’t get death rayed by alien spacecraft.