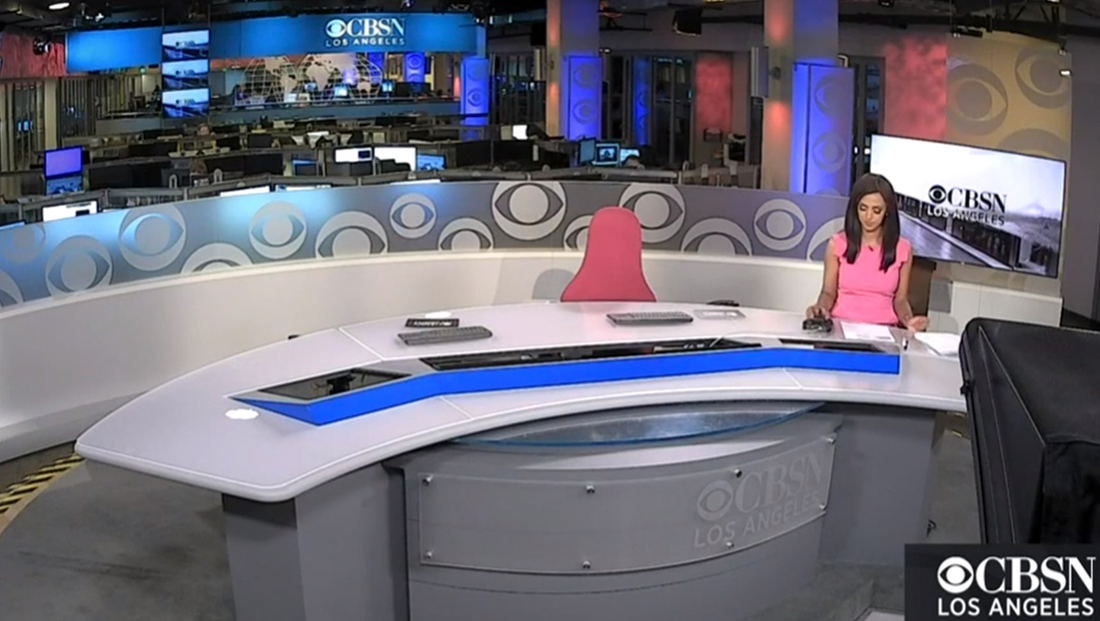 CBS News has launched the second version of its national streaming news service, CBSN, in the Los Angeles market and has repurposed its O&O station’s newsroom as a set for the service.

Previously, the newsroom, which doubles as a working newsroom set, featured a “CBS News Los Angeles” banner over the assignment desk and on the front of the anchor desk.

The newsroom and background has been updated over the years, including adding a frosted world map set piece inspired by the Walter Cronkite era version that now sits in the network’s New York City “news hub.”

The studio and newsroom has been used for a variety of broadcasts, including live shots and playing host to “CBS Evening News” when anchors were on the road in the L.A. area.

That desk has been refinished to have a silver-gray finish fronted with the CBSN Los Angeles logo.

Behind the anchor desk, separating the anchor area from the newsroom, is a knee wall with frosted “spit guard” with CBS eye logos.

This look matches the frosted CBS eye logo found throughout the workspace, including the columns and glass doors to surrounding offices and edit bays. 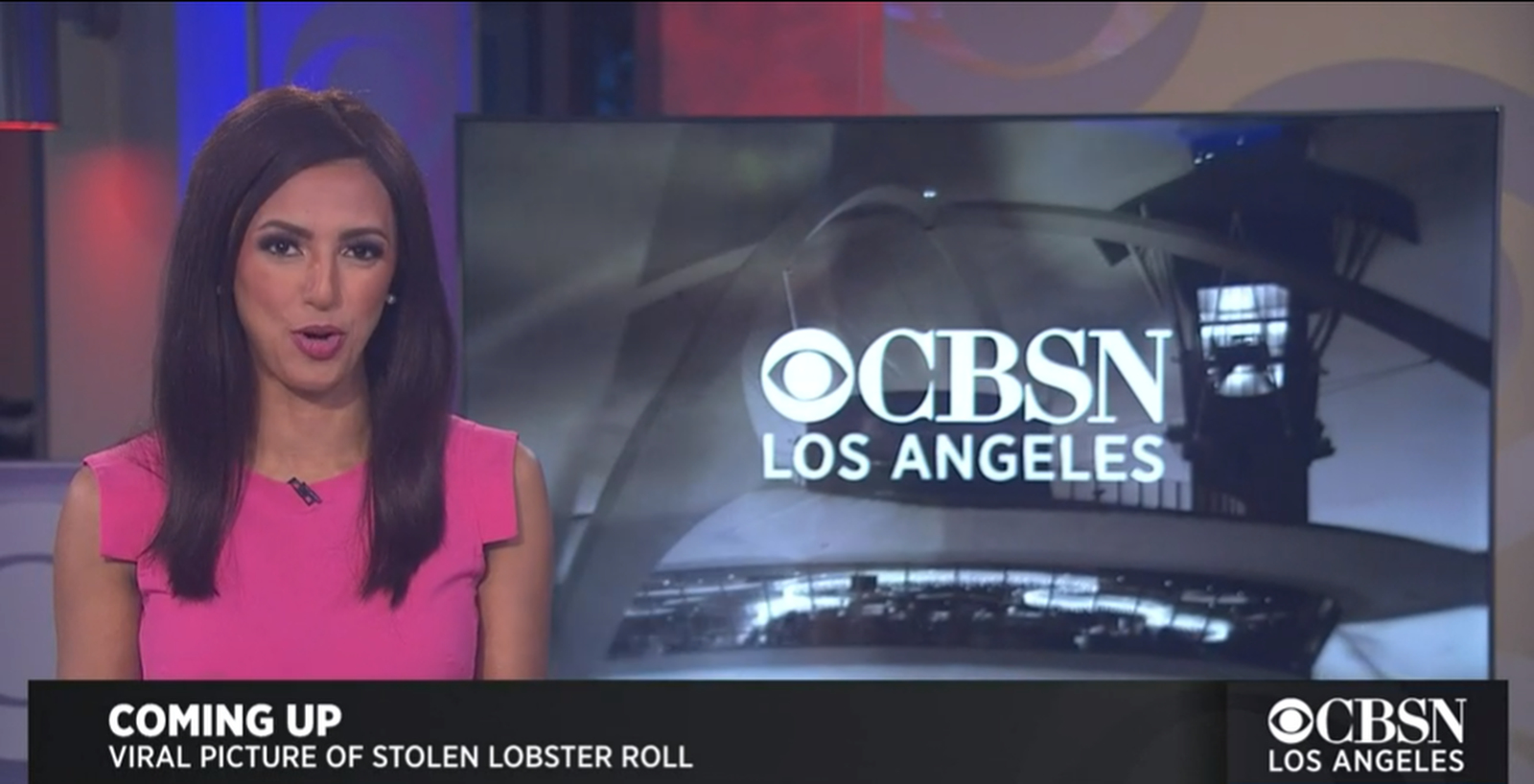 A flatscreen on one side of the space allows for OTS-style one shots with a single anchor.