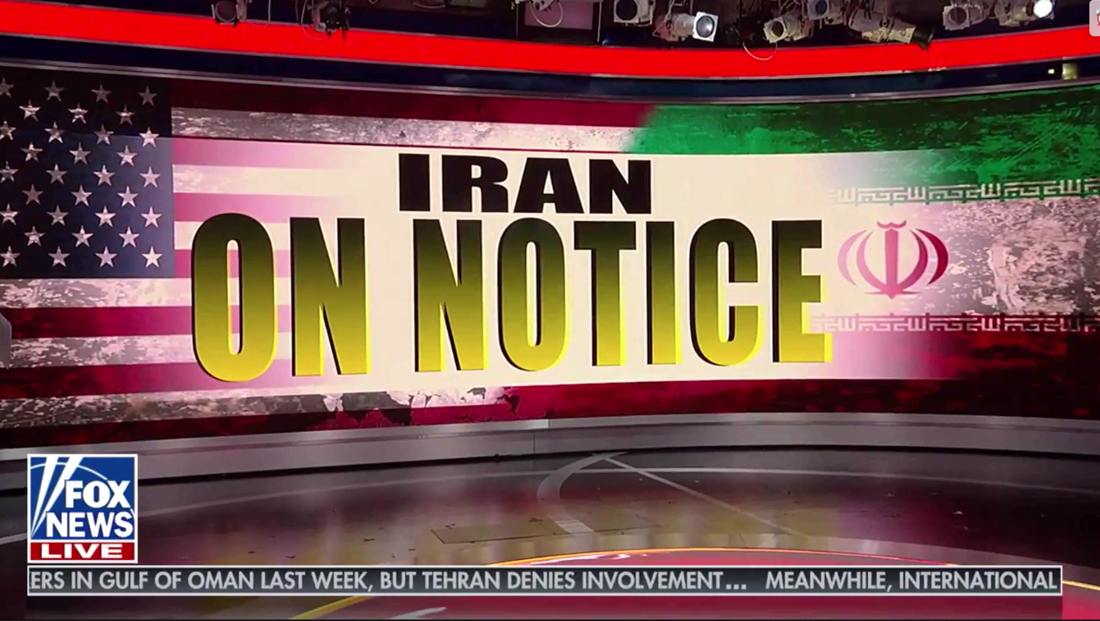 After screaming “War” with an over the top graphic on Thursday, June 20, 2019’s edition, “Fox & Friends” started without its trademark “curvy couch” in favor of a Fox “Alert” branded anchor desk.

Its three stars, Steve Doocy, Ainsley Earhardt and Brian Kilmeade moved down from Studio F’s balcony level and couch in favor of one of the several movable desks that can be used within the space.

The LED panels throughout the space were switched to the “Alert” branding with matching red backlighting, while the video wall showed a graphic with giant letters reading “Iran on notice,” while the banner read “Rpt: Trump called off strikes against Iran.”

In addition, the LED panel fronting the desk featured a looping “Alert” graphic, while similar looks were also fed to the video array in the mini work area in one corner of the studio and the tall video tower behind the staircase.

This comes the day after Iranian forces reportedly shot down a U.S. drone, which prompted swift reaction from Trump.

The story lead morning newscasts on NBC, CBS, ABC, CNN and MSNBC both days as well.