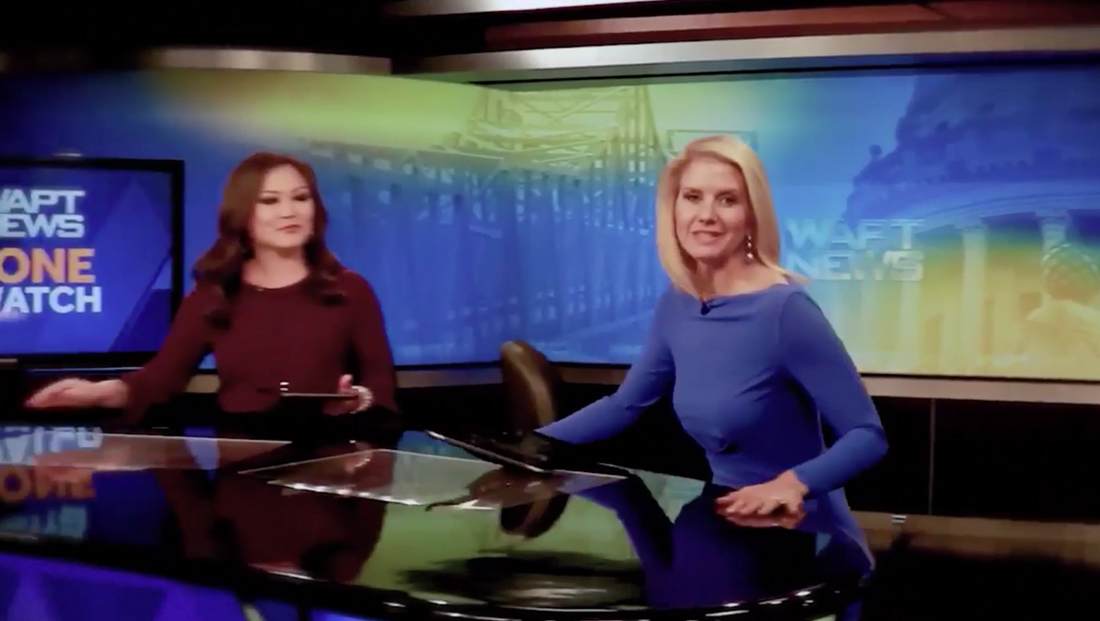 WAPT, Hearst’s ABC affiliate in Jackson, Mississippi, used a handheld camera and multiple members of its team “crossing paths” throughout the station to create a dynamic news promo.

The spot appears to have been done in a single take “one shot,” starting in what appears to be a hallway outside the studio and eventually making its way onto set after other on air talent walk by and address the camera in a continuing narrative.