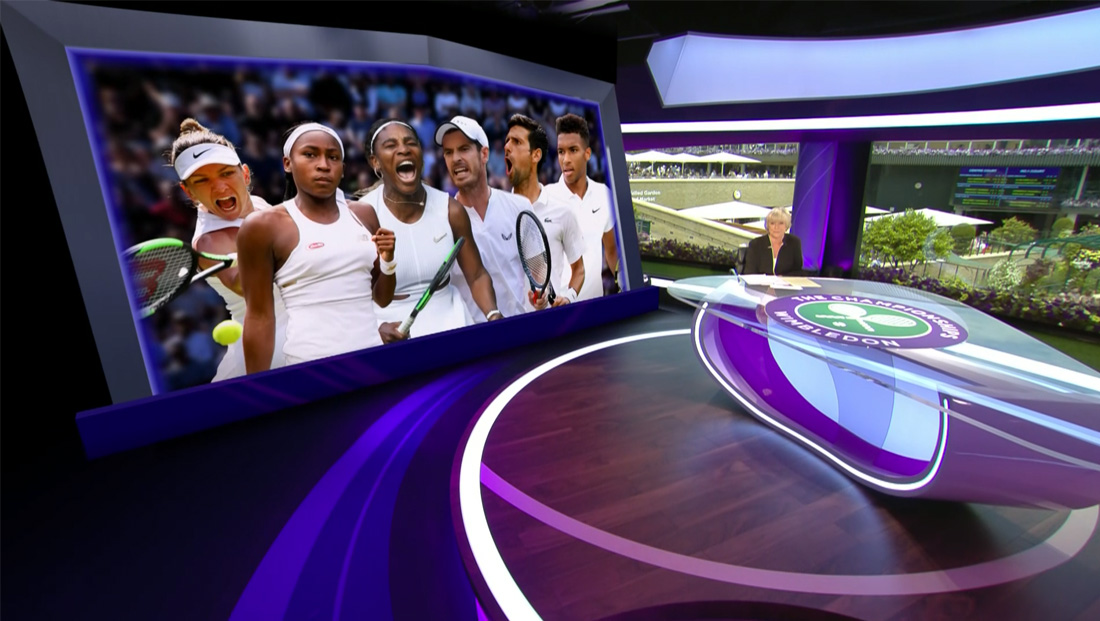 BBC has added augmented reality to its existing studio setup that it uses for the annual Wimbledon tennis tournament.

This year, however, features the added dimension of augmented reality.

The AR graphics include virtual life-size cut-outs of players on glass plinths in front of the presenters. 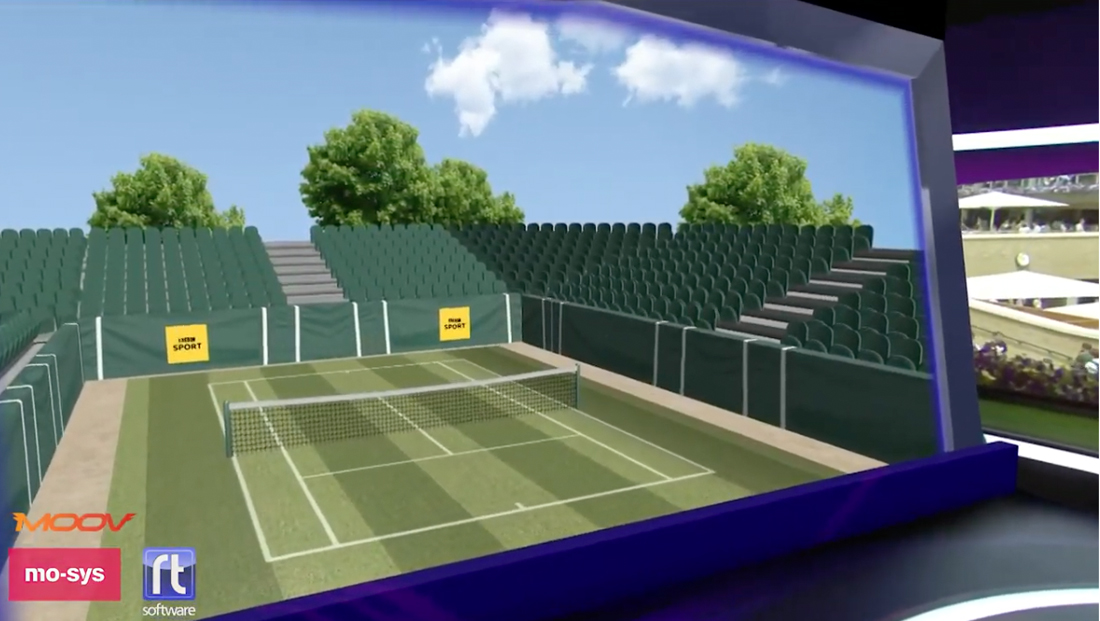 In addition to the real window views, a virtual frame camera left can serve as a “magic window” looking out over a 3D render of a tennis court with results and match data laid on to the court surface. 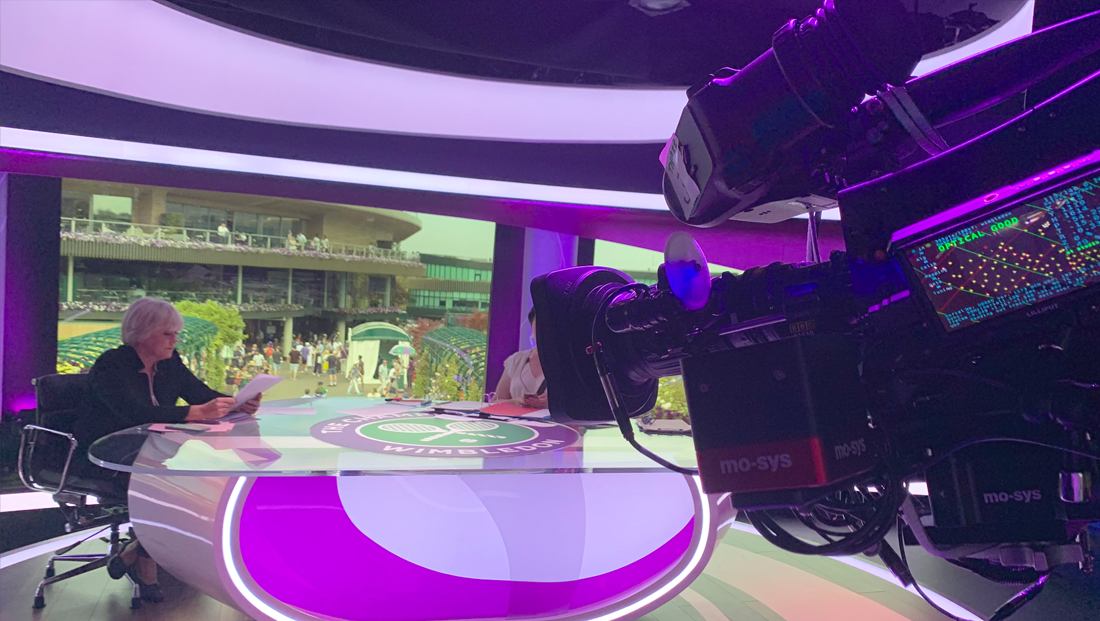 These shots blend perspective and parallax and camera moves include a passing shot from the glass plinth to reveal the presenters behind.

Each camera feed is passed through a render engine which drives both the player cut outs and the magic window in real time.

BBC worked with Moov to design the augmented reality elements by RT Software created the software that runs the entire experience.

“This is our 18th Wimbledon for BBC Sport and we are happy with the results that we have achieved using the 3D … render engine from RT Software,” said Nev Appleton, director and co-founder of Moov.