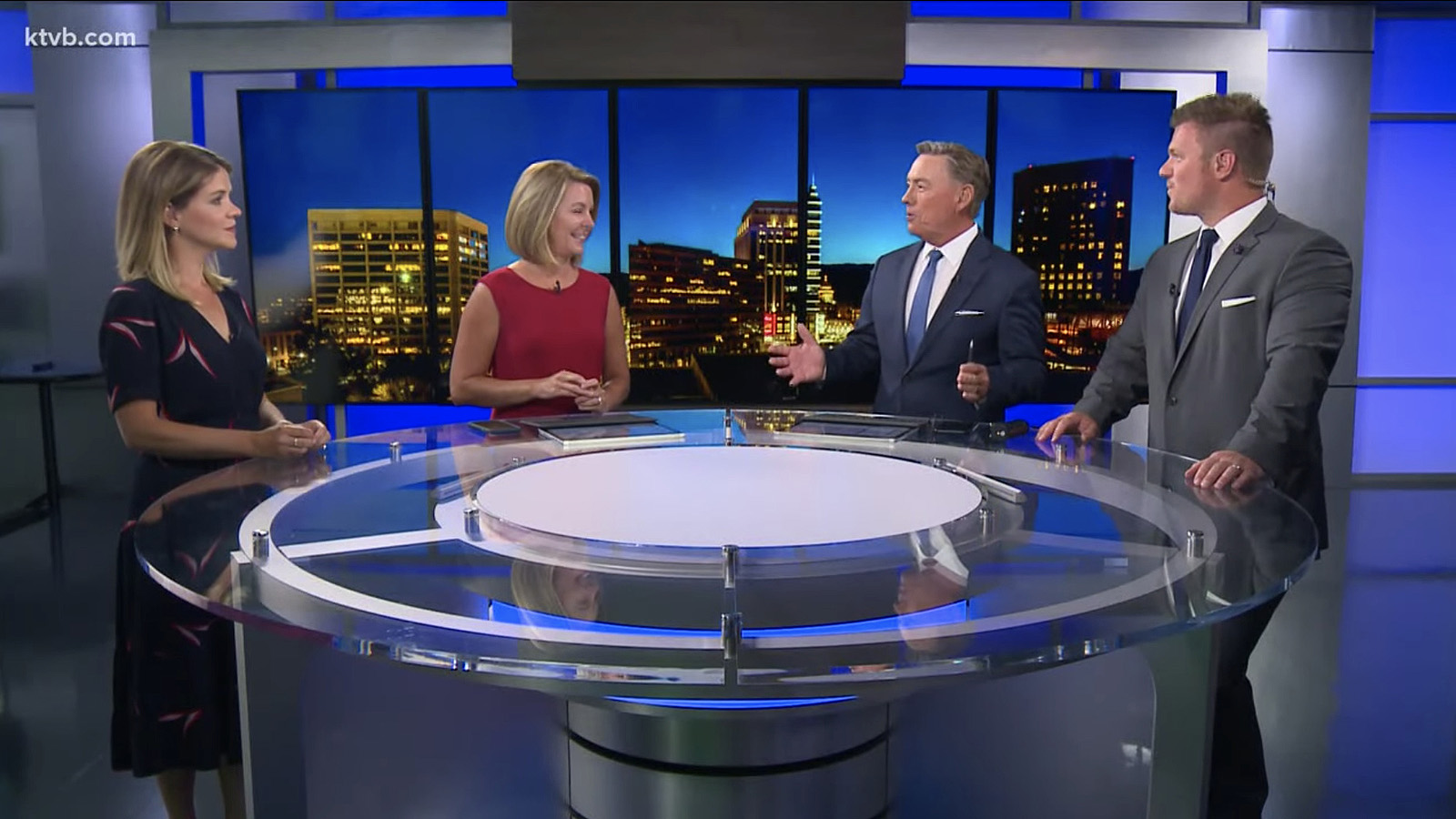 Backed by a 5×1 vertical video wall from Digital Video Group, the set’s sleek metallic anchor desk is designed to allow multiple shooting angles, such as for the station’s public affairs show “Viewpoint.” 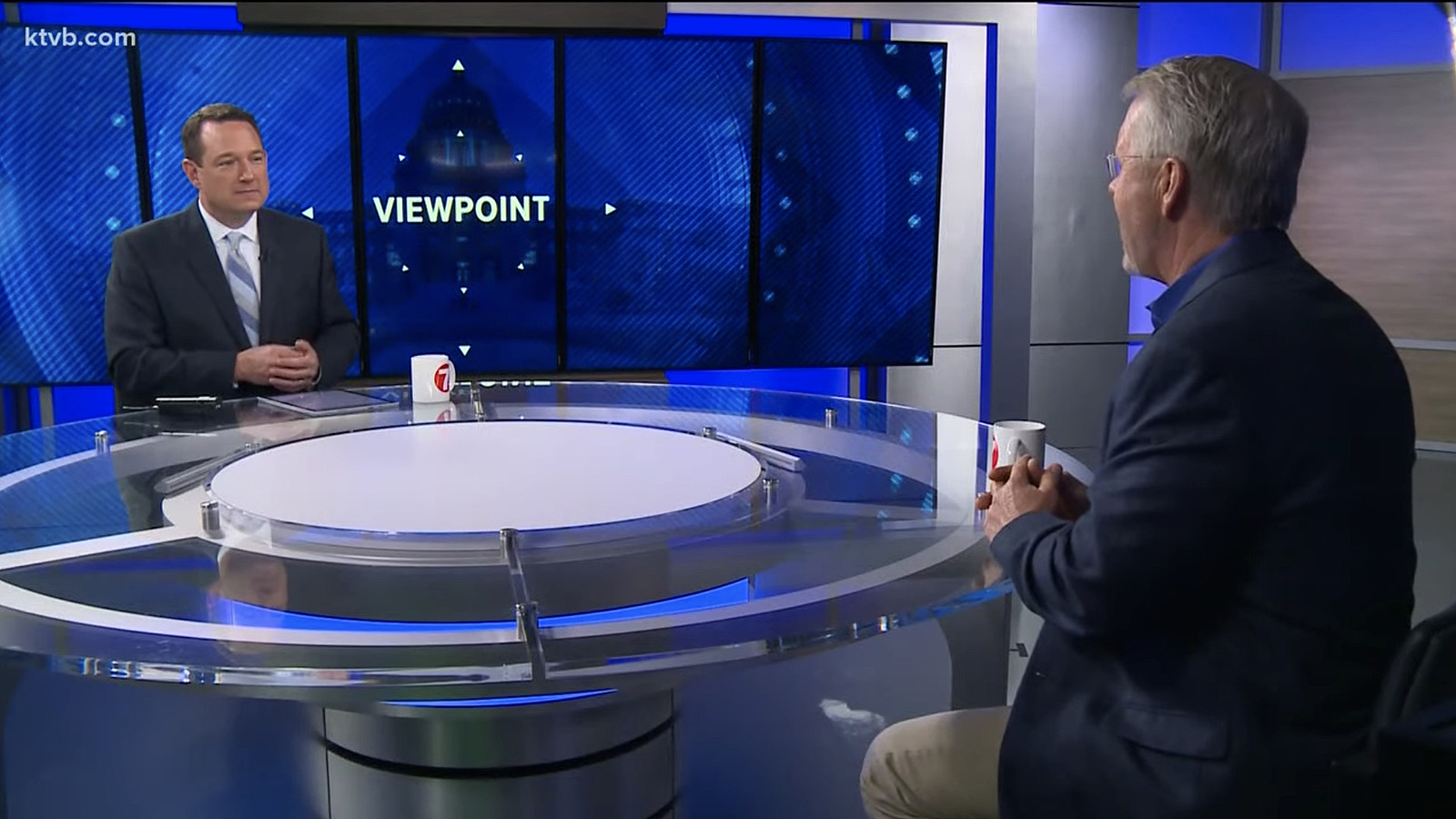 Cool wood tones and backlit elements wrap the studio with a working weather center to the left of the anchor desk. 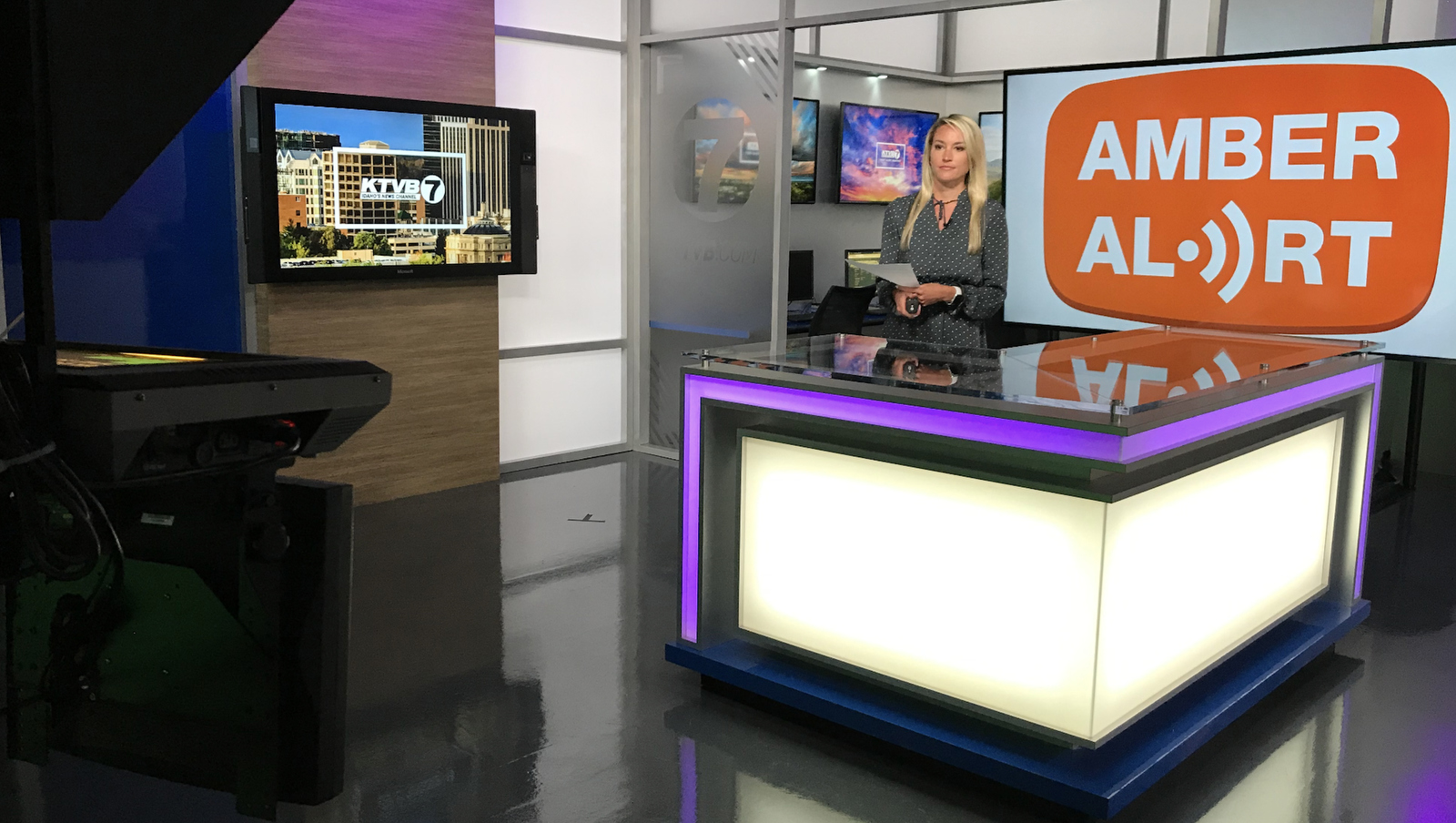 Along with weather, the secondary desk is used for stand-ups and topical reports.

An interview area with couch and an interactive area with a Microsoft Touchscreen round out the space.

The new design replaces a set which lasted the station nearly 20 years, with the former set donated to Capital High School and Northwest Nazarene University.

Along with the set, KTVB also updated to LED lighting instruments with lighting design from FX as well.