Fox updates the ticker around its HQ 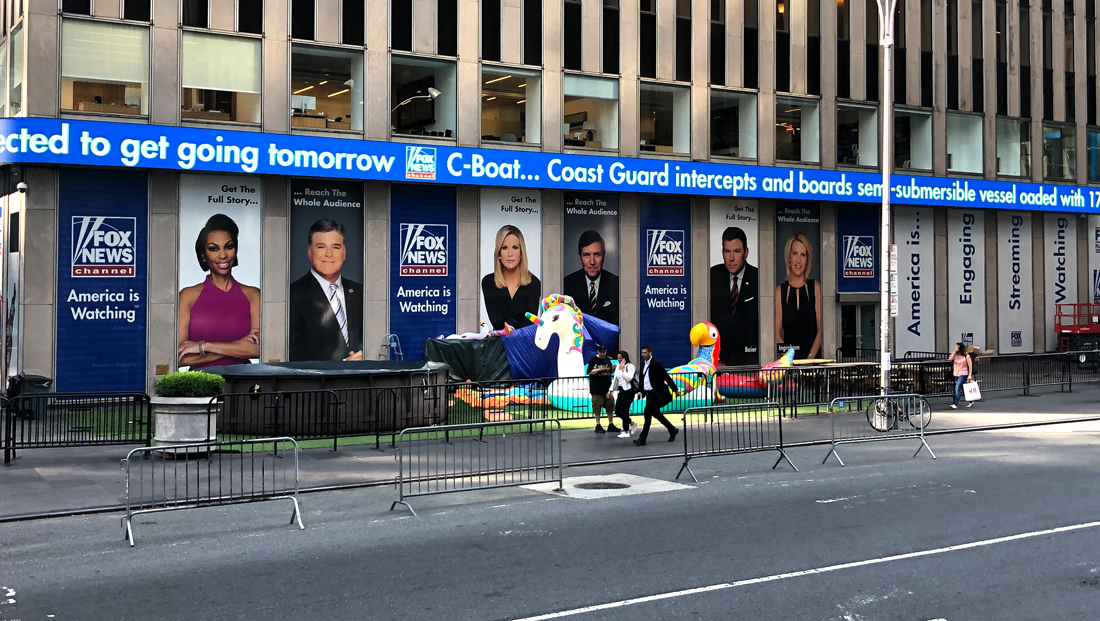 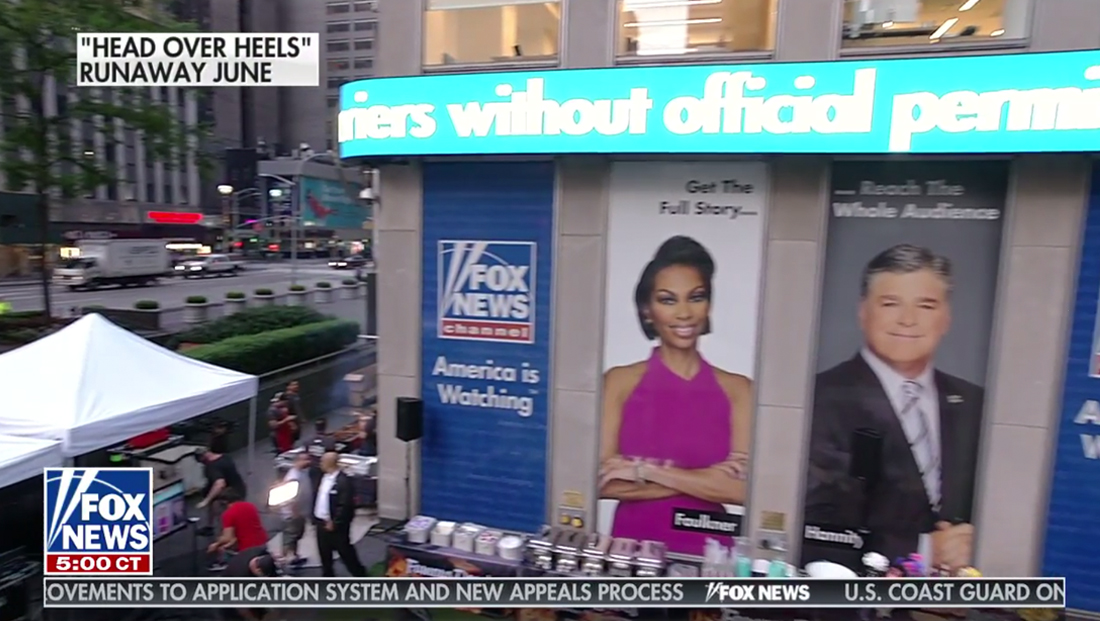 The new ticker, however, is a full color model.

According to archived recordings, the old ticker was still in place in on the June 7, 2019, episode of “F0x & Friends.”

A source provided NewscastStudio a photo of the exterior taken Friday afternoon that included what appears to be a giant inflatable unicorn and bird set up alongside a covered above-ground pool inside of a fenced off area.