CNN weaves its way through movie history in docuseries open 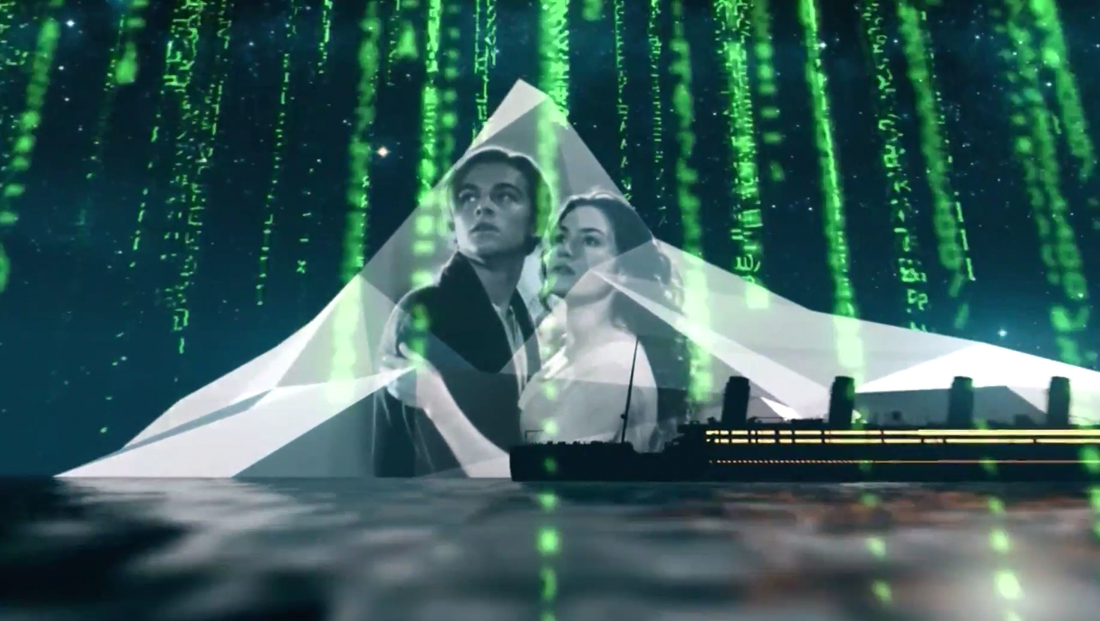 CNN’s documentary series “The Movies” opens with a stunning path through film history and some of the big screen’s most iconic, famous — and infamous — scenes, characters and settings.

“City Lights” is a very early film — though not the first ever made — and is widely acclaimed as not only being pioneering but also one of the best movies every made.

Sequences go in roughly chronological order throughout the rest of the open.

The open also uses numerous compositing techniques and effects to transition between “scenes” — and also juxtapositions references to multiple films in one view, such as “The Matrix” green text raining down on the “Titanic” iceberg, boat and image of Jack and Rose shown here.

The title sequence was designed by Raleigh Stewart and the Herzog & Company design team, with music by Blake Neely and Nathaniel Blume.

The music is a variation of the track used in the various opens for CNN’s decades themed series aired in the summer of 2018.

The final image is of “Black Panther” star Chadwick Boseman as the titular character, before a burst of light transitions the view to at stylized logotype title card.

Since the series, like last summer’s decades themed one, was broken down by decades, the name of the decade is inserted below the logo on each episode.

Finally, the names of the series executive producers, including actor Tom Hanks, whose image appears in a scene for “Saving Private Ryan” in the open itself, rotate in against a flickering background.