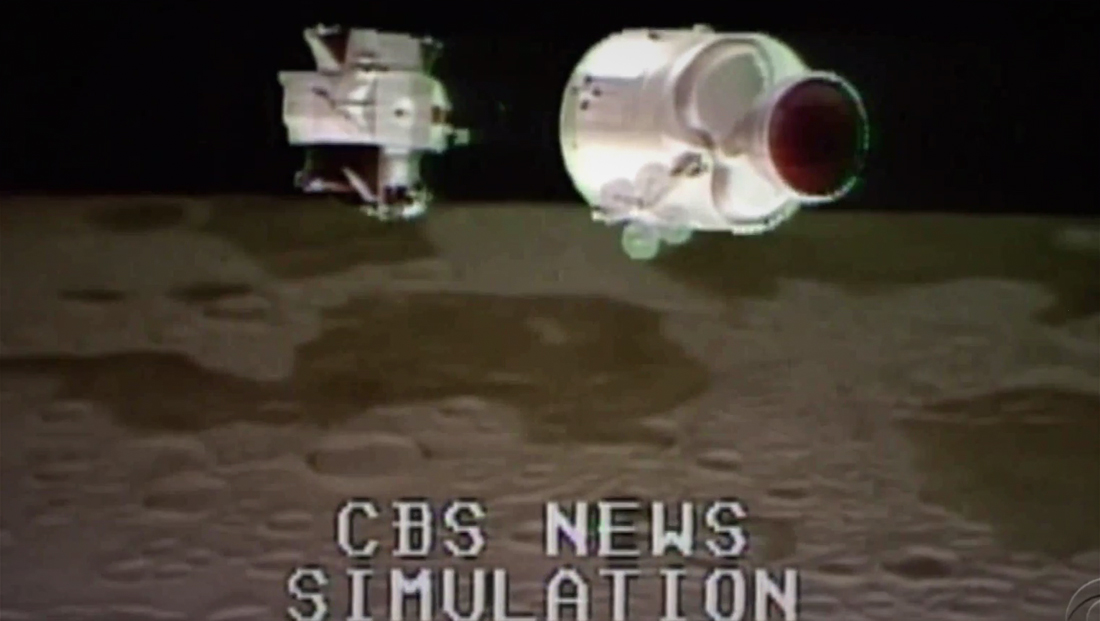 Archival clips, aired as part of “CBS Evening News” coverage of the 50th anniversary of the Apollo 11 mission to the moon, the “Man On the Moon” name CBS used back in 1969 and again in 2019.

At the time, only a third of U.S. households had color television — but CBS still emphasized the “color” broadcast, according to the historical footage.

The clips also showcase video and still imagery of the lower thirds the network used back then — black and white pixelated lettering — as well as the “CBS Space Headquarters” control room in New York.

Also included were video clips of CBS news “simulations” — what were at the time high tech graphical recreations of the various spacecraft NASA was using.

The footage also included what CBS labeled as “studio simulations” — that included lifesize model of the lunar lander built in a studio outfitted with a faux moonscape and complete with a human actor playing out astronaut moves.

Correction: An earlier version of this story listed the incorrect year the Apollo 11 mission took place in.