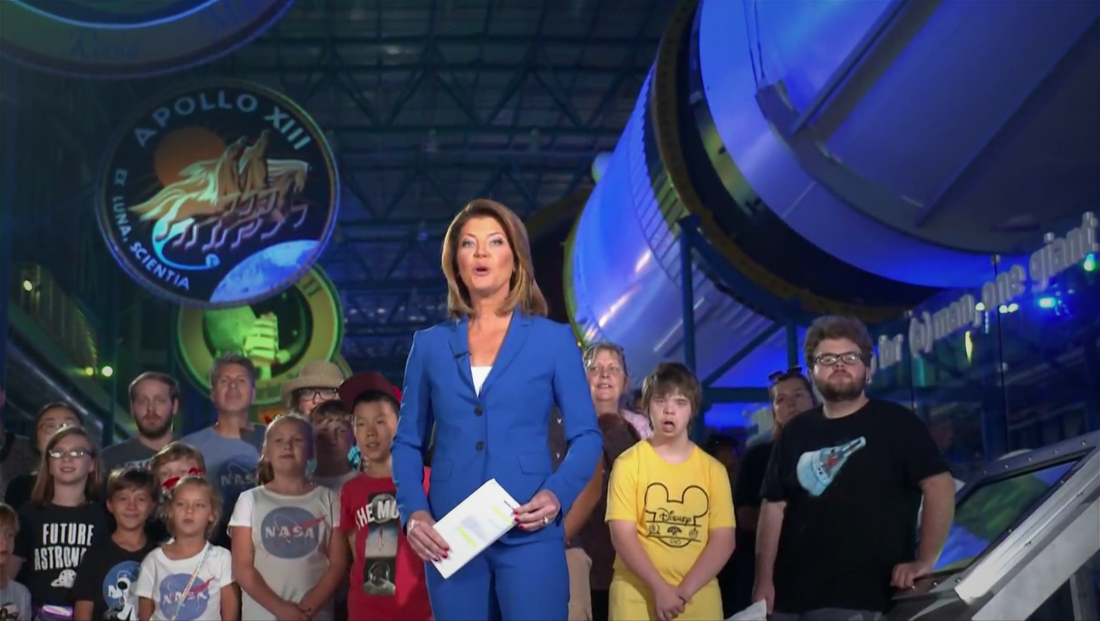 After just one day in studio, newly installed anchor of “CBS Evening News” Norah O’Donnell traveled to Florida’s Kennedy Space Center to anchor the broadcast as part of its coverage of the 50th anniversary of the 1969 Apollo 11 mission on Tuesday, July 16, 2019.

O’Donnell anchored most of the broadcast from an outdoor location with NASA’s Vehicle Assembly Building in the background.

However, the show’s tease included a sweeping shot of her standing in front of a small crowd of visitors inside of the Apollo and Saturn V Center, which now serves as a museum.

Later in the broadcast, O’Donnell introduced a segment with vintage footage from the CBS archives from in front of a vintage television set with a “CBS News: Kennedy Space Center” printed background.

After introducing the package, O’Donnell turned to the television and “turned” it on as the package began to run “on” the screen before taking over the full screen.

O’Donnell then wrapped the broadcast from her windy outdoor perch.

Later in the evening, O’Donnell hosted, via pre-taped segments, a primetime special from inside the restored mission control room in Houston.