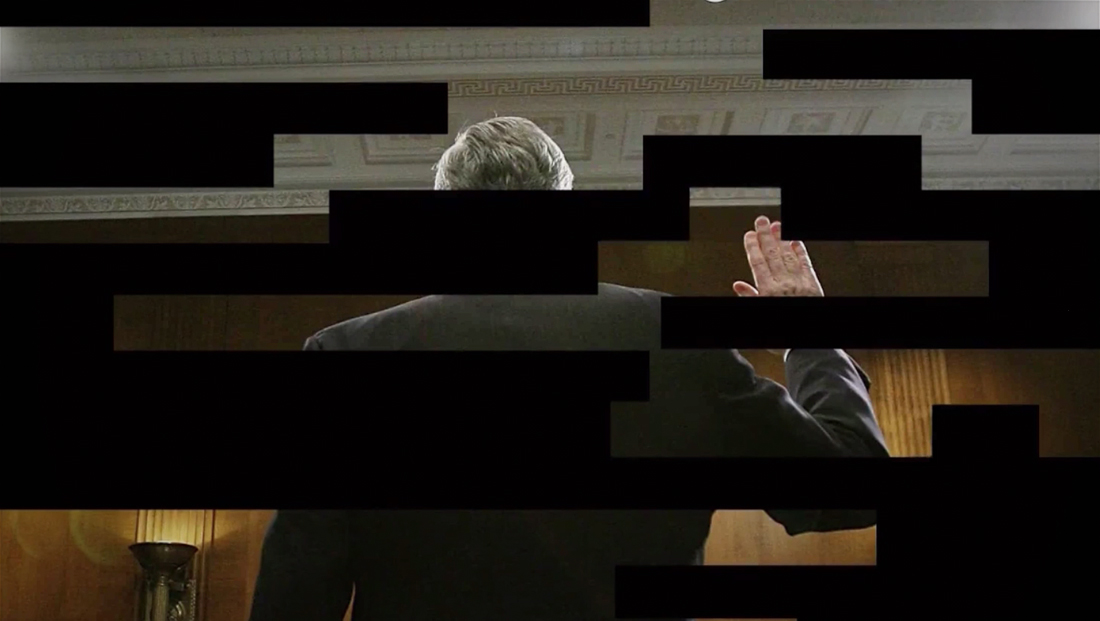 MSNBC is promoting its upcoming coverage of former special counsel Robert Mueller’s delayed testimony before Congress with a nod to the infamous blacked out bars of redacted text in the public version of his report.

The public version of the report, which was redacted, gained a bit of infamy for its use of black bars commonly used to redact text.

This MSNBC promo for the network’s live coverage Wednesday, July 24, 2019, uses a slowly revealed image of the previous time Mueller testified before Congress in his role as director of the FBI.

The spot includes audio clips of MSNBC anchors raising key questions about the report — which feeds into the “What will Congress ask him?” line that appears on screen.

At the end, the promo switches to a fullscreen graphic reading “Mueller Testifies” in the red, white and blue Mueller Report branding NBC and MSNBC have used previously.