Bringing context to the Mueller testimony 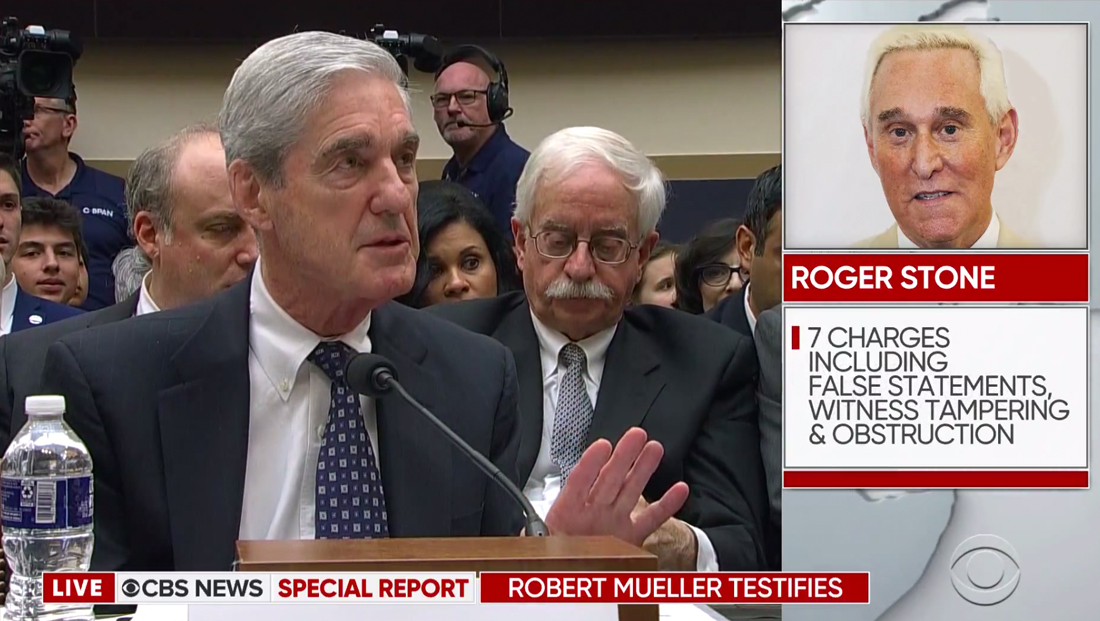 During Wednesday July 24, 2019 coverage of Robert Mueller’s testimony in front of Congress, the networks used a variety of approaches to add context to the testimony — which often got a bit complex.

It used lower thirds to identify the members of Congress doing the questioning. 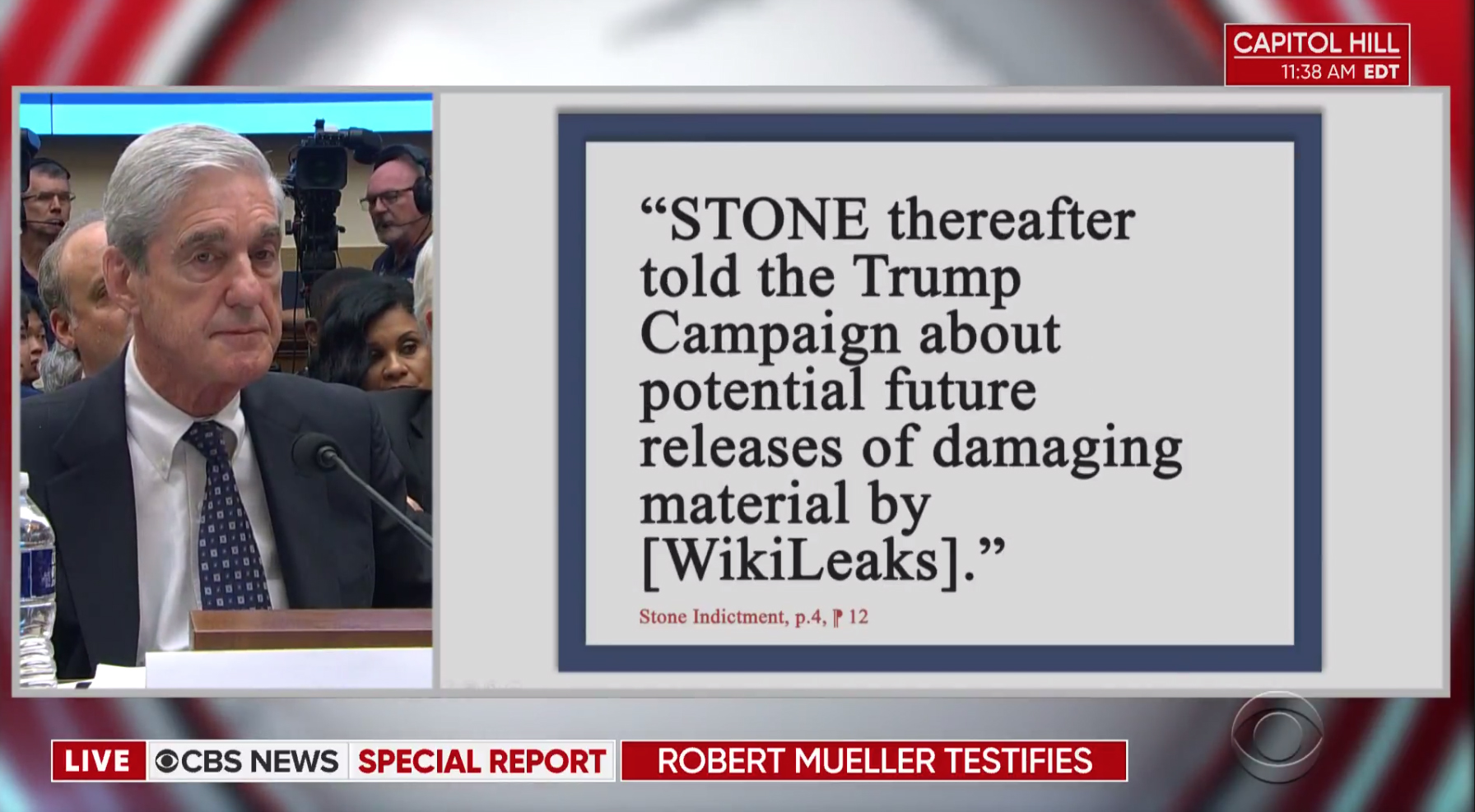 CBS also displayed graphic representations of excerpts taken from the Mueller Report, indictments and other sources in a double box layout.

These blue bordered-graphics, which were produced by the committee and provided to all networks, appeared on CBS and other networks. 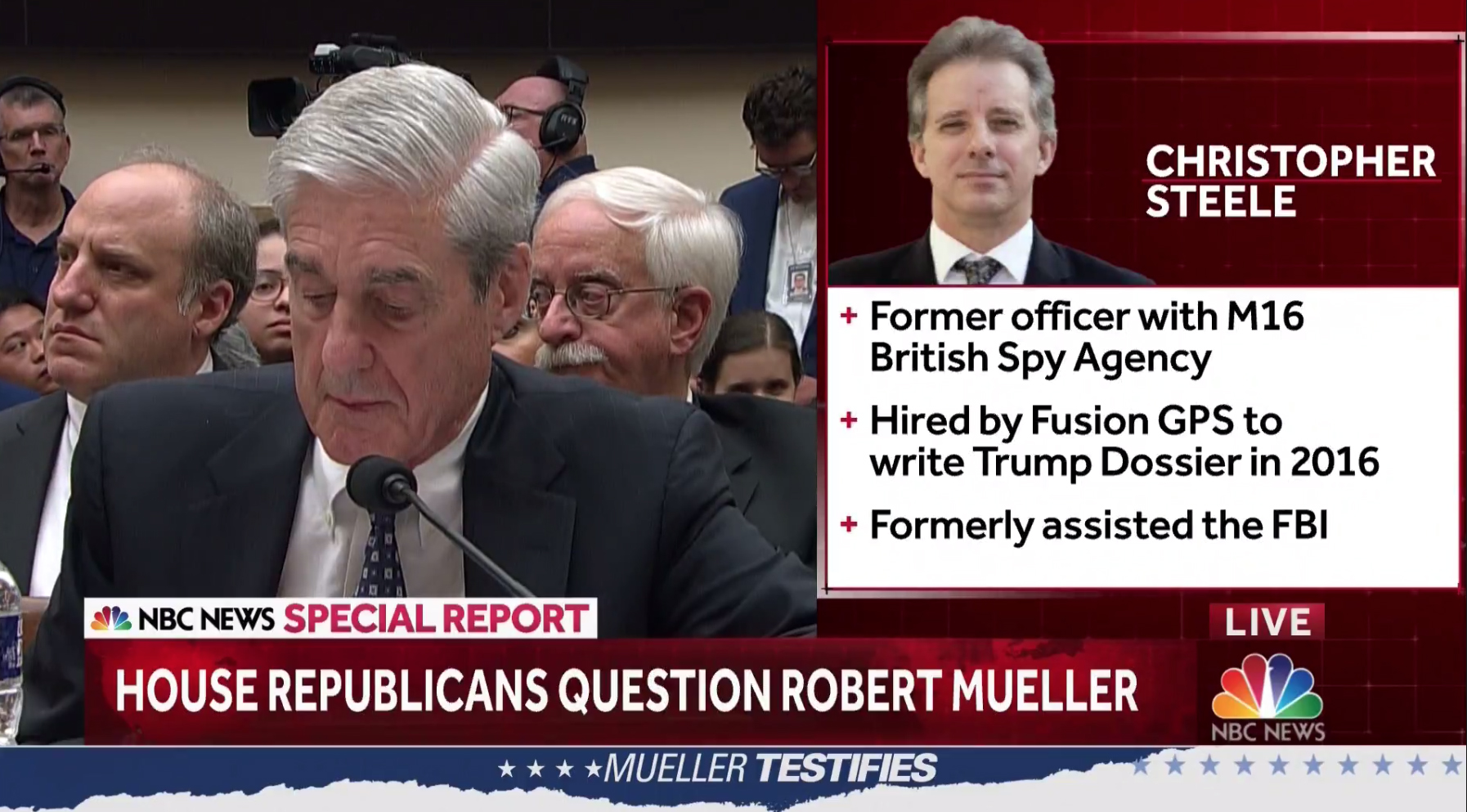 The network’s standard special report lower third was used to identify members of the committees while, like CBS, NBC showed graphical representations of selections from various documents using the graphics provided in a two box layout. 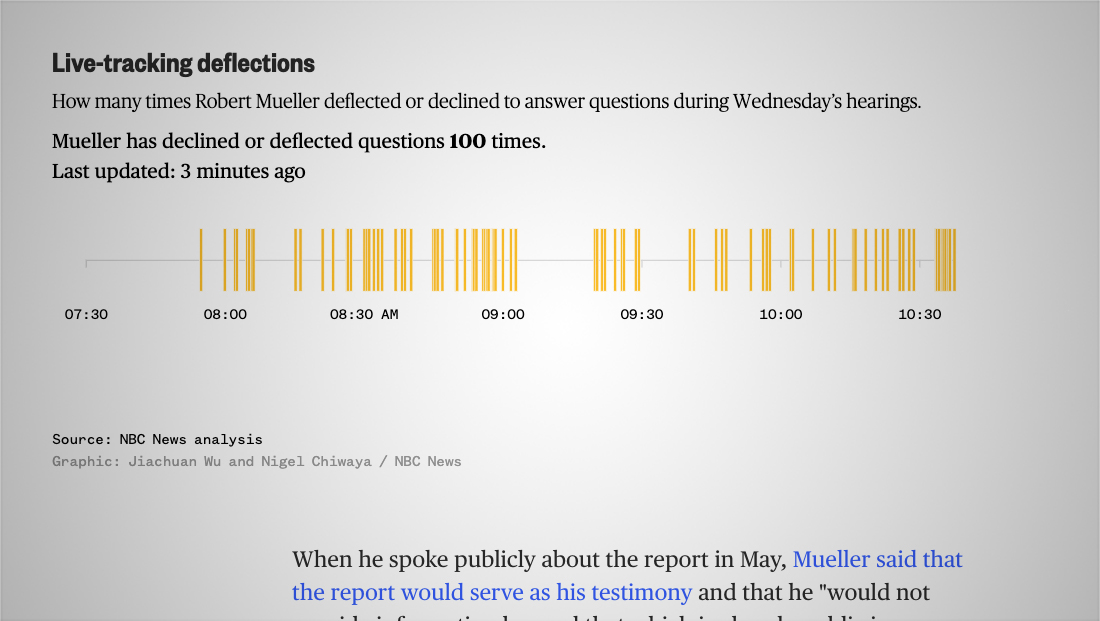 NBC also offered a realtime “Deflection Tracker” on its website — an animated timeline with yellow marks indicating each time, by NBC’s estimation, Mueller deflected or declined to answer a question. 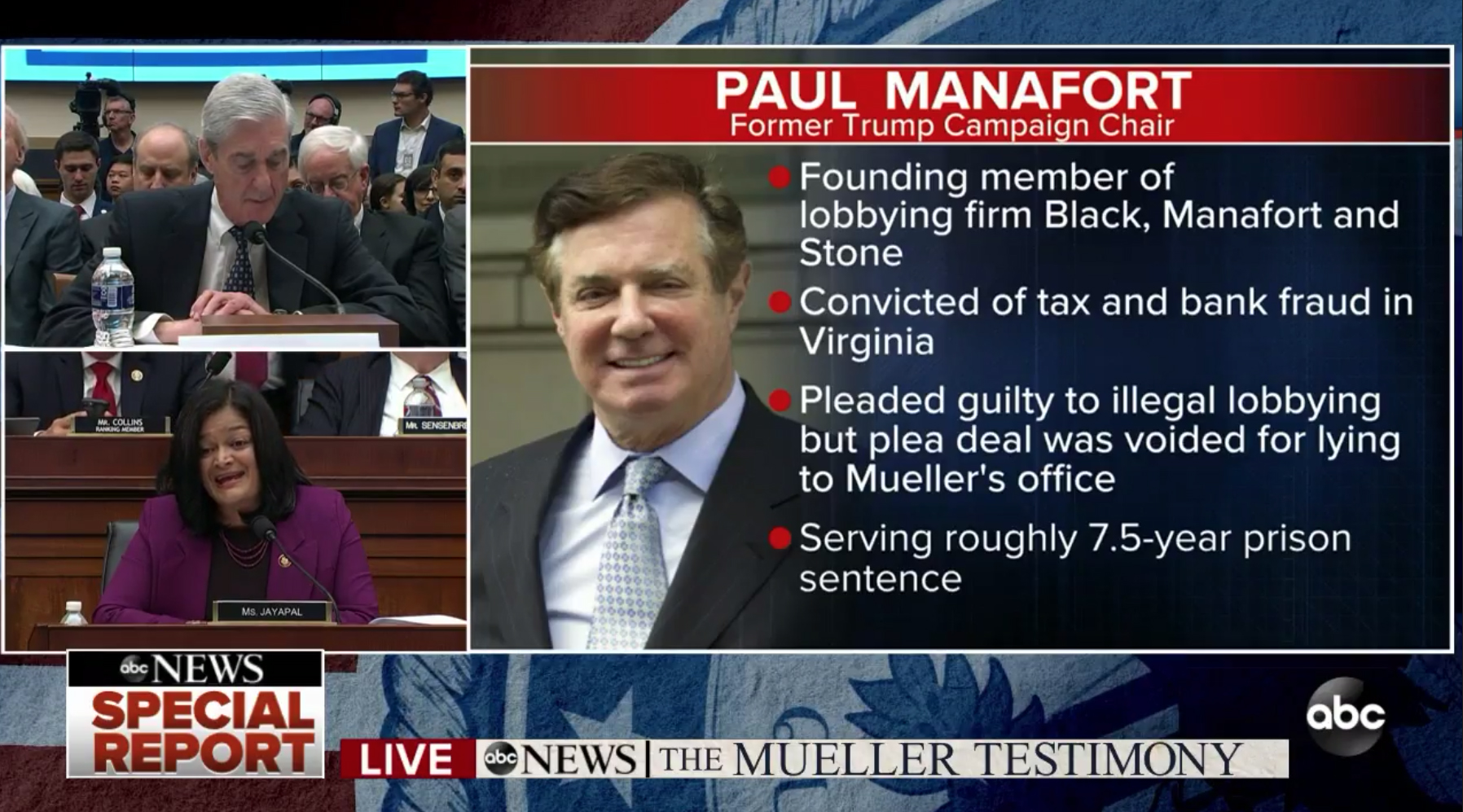 ABC News also had “about me” graphics prepared, but displayed them in a three box layout — with Mueller’s feed appear in a smaller one on the left side of the screen and with other video from inside the hearing room below.

It used a similar approach to display the excerpt graphics. 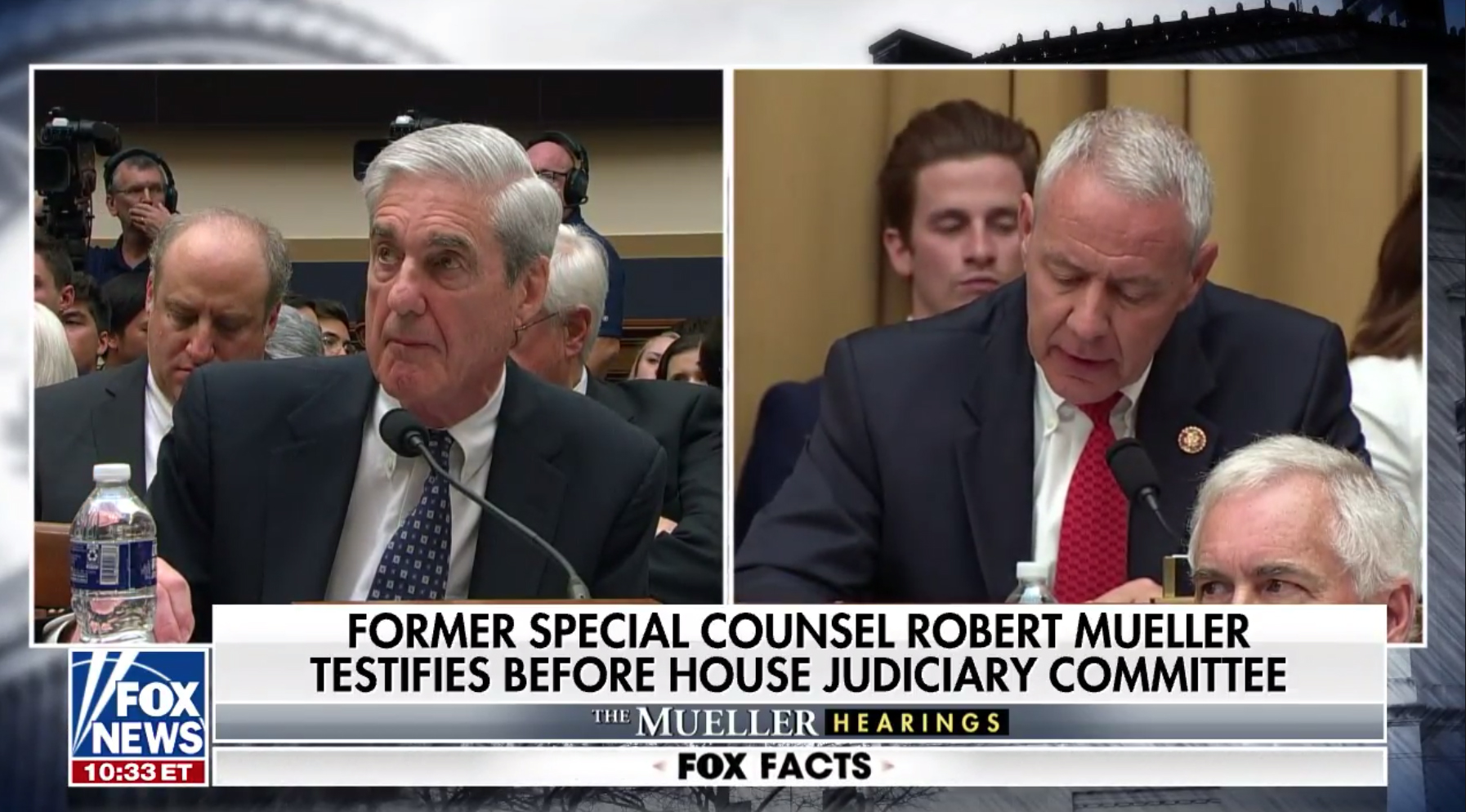 Fox inserted its “Fox Facts” sliver under its main lower third box with background information about topics being discussed.

Fox puts up 'did not exonerate' banner for short time during #MuellerTestimony, while CNN stuck with it for much longer. By updating its banner more often, Fox added better near-realtime context pic.twitter.com/BnXnBYEaap

Name identifiers were inserted above the banner as well as on sidebars. 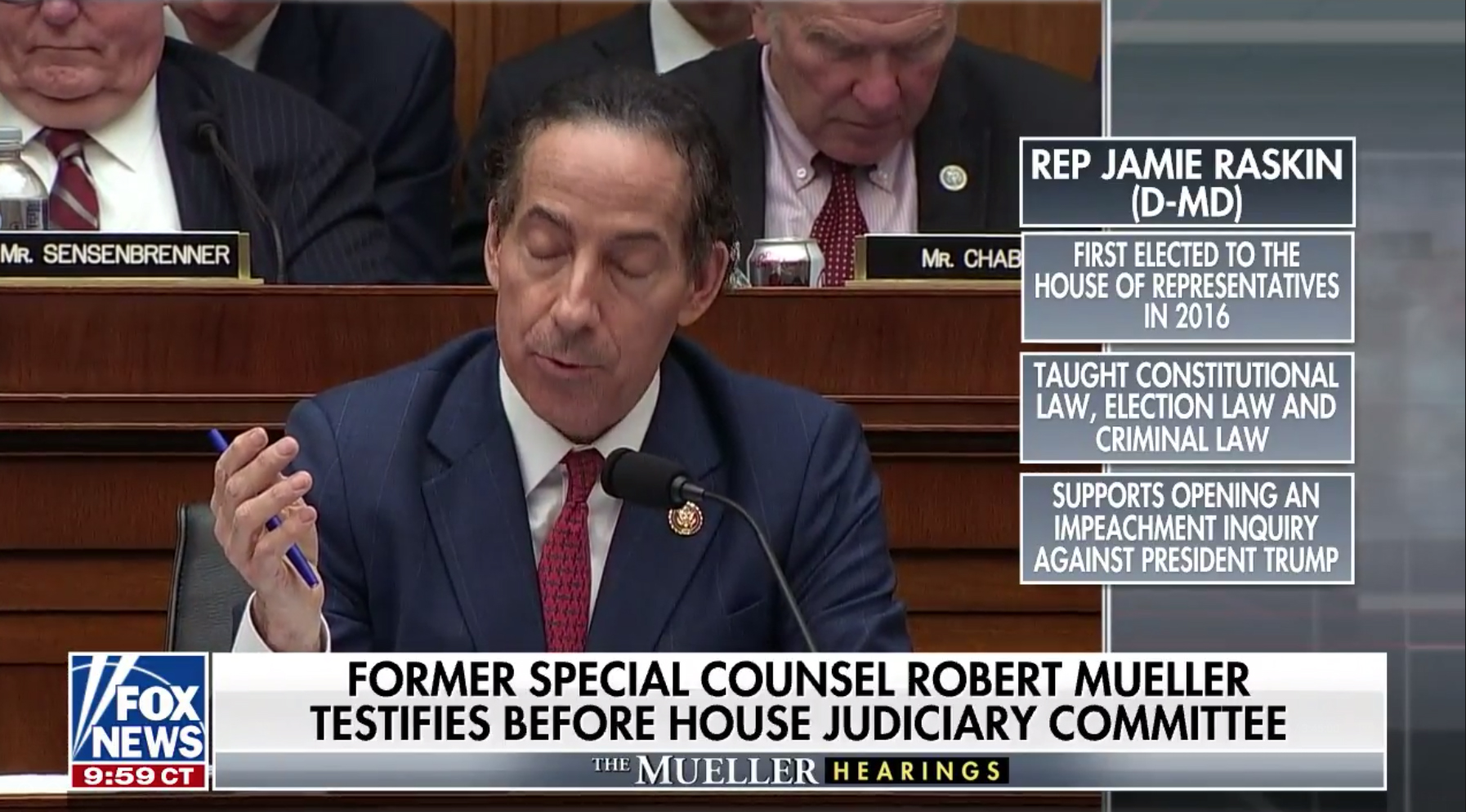 These sidebars featured the name of the person speaking along with one to three bullet points about the person.

Fox also took both fullscreen and boxed versions of the excerpt graphics.