Fox pulls out the ‘according to Gregg Jarrett’ citation line again 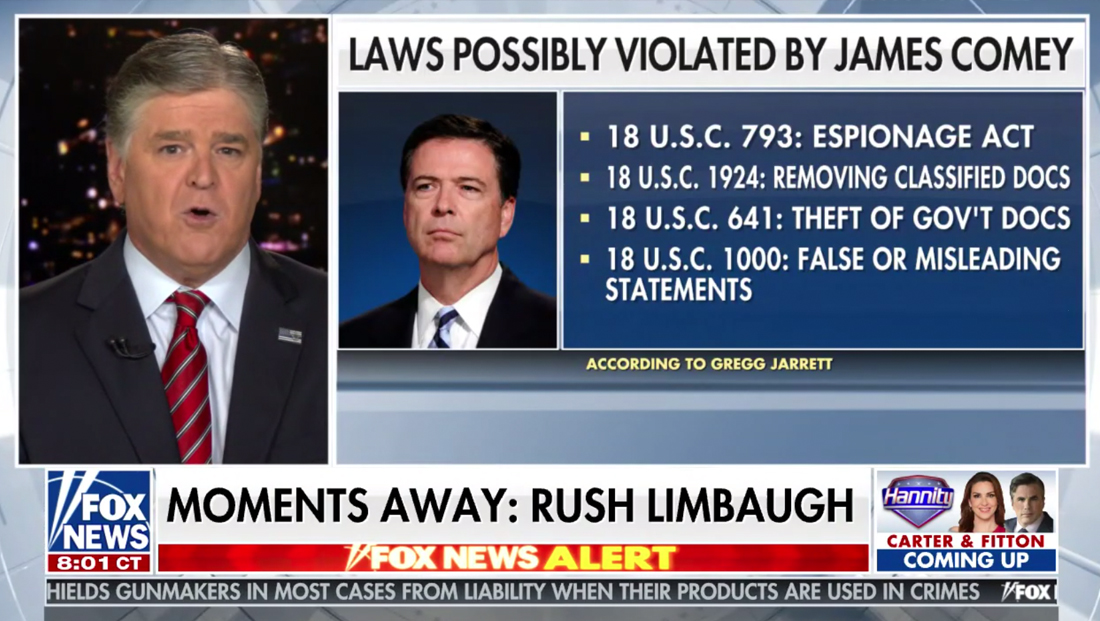 It then went on to list four parts of the U.S. Code that former FBI director Comey could have violated.

In smaller type below the list the credit line read “According to Gregg Jarrett.”

Besides his double letter filled name, Jarrett is a pro-Donald Trump Fox personality.

He also holds a law degree and practiced for several years before entering TV news, so he does have some knowledge of the law.

Neither Comey nor Clinton have been charged with any of the laws Fox listed.

It’s also worth noting that the network had its “alert” sliver running along the bottom of the screen — along with a banner reading “Moments away: Rush Limbaugh.”