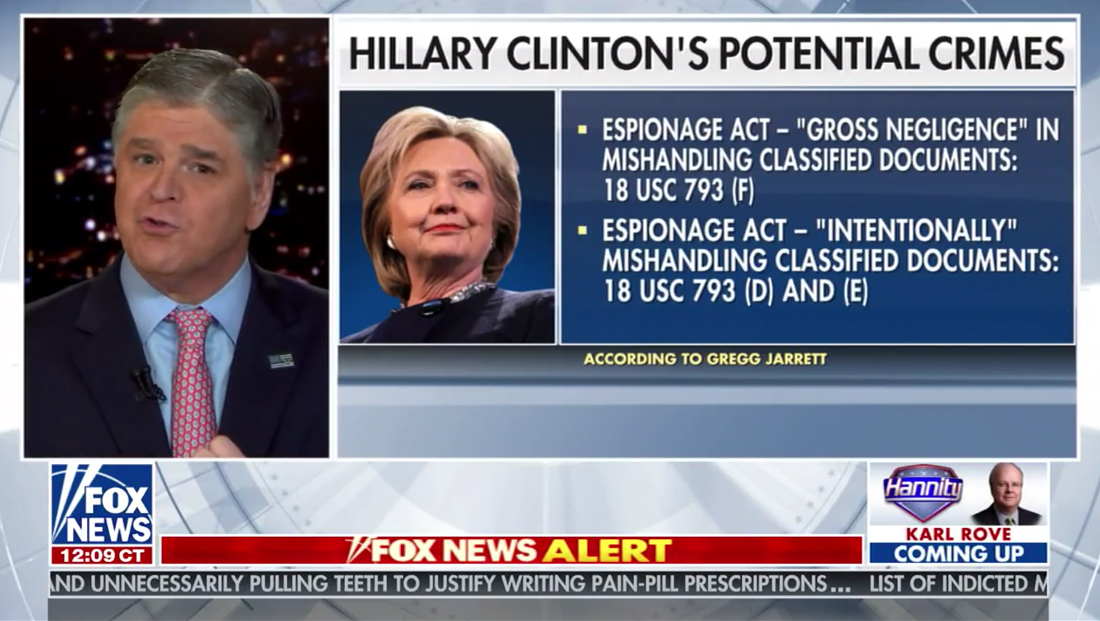 The credit line in this case read “According to Gregg Jarrett.”

Jarrett, who is a Fox personality, holds a law degree and practiced for several years before entering TV news, so he does have some working knowledge of the law.

Clinton has been charged with any of the laws Fox listed.

The credit line was quickly derided on social media.

The citation here is just so so good pic.twitter.com/EMZ9vbVAQs