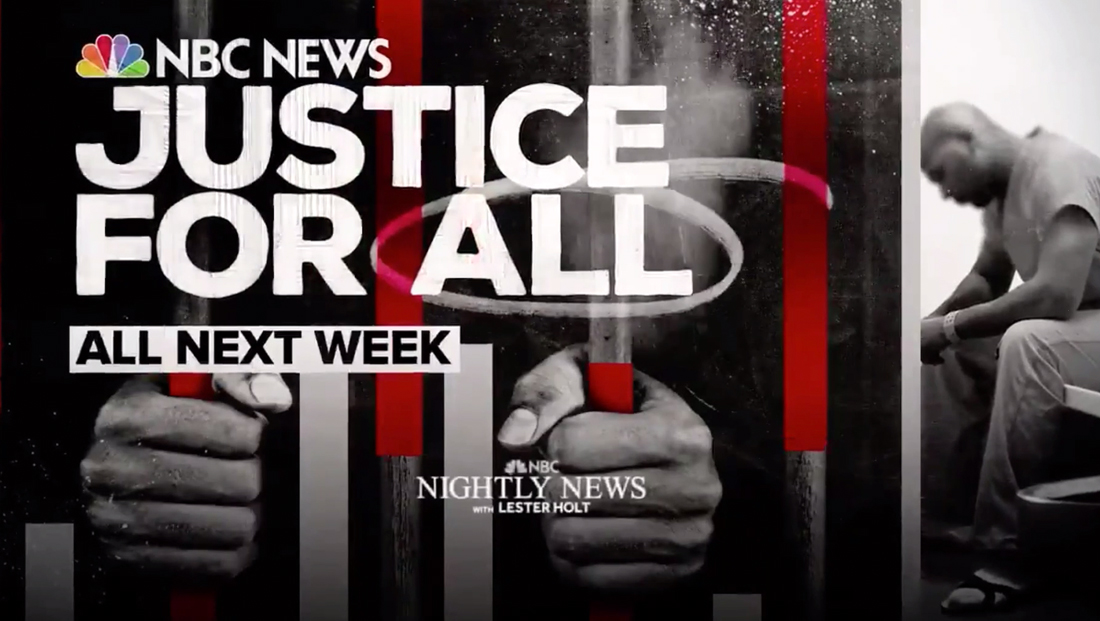 NBC News is expanding its “NBC Nightly News” “Justice for All” series across the network’s programming and properties.

“Justice for All” officially debuted in January 2019, but the broadcast had begun covering the criminal justice system from a variety of angles over the previous months.

For some stories, the “Lester Holt Reports” branding is used instead.

More details about the event will be announced Aug. 5 on “Nightly.”

MSNBC will also air a repeat of “Dateline” the hour before.

For the weeklong specials, NBC redesigned the “Justice for All” logo with bold red and white vertical lines that echo jail bars and typography with a slight texture effect.