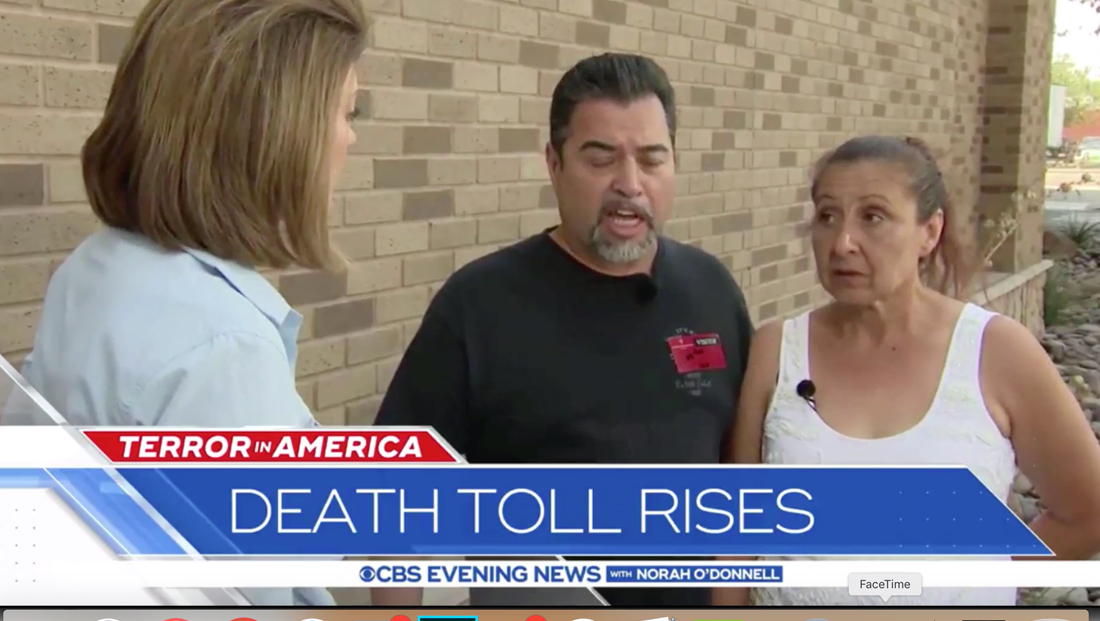 All three “big” network newscasts were on the ground in El Paso, Texas, for the evening newscasts Monday, Aug. 5, 2019, even as another shooting investigation was unfolding thousands of miles away in Dayton, Ohio.

Each newscast set up in front of a makeshift memorial of white wood crosses near the shopping center where the El Paso shooting took place.

Anchor Norah O’Donnell devoted all  of the teases to the two shootings with the exception of an on-screen mention of the stock market at the end.

David Muir’s “ABC World News Tonight” took a slightly different approach — with most teases devoted to the shootings but then mixing in a handful of other stories of the day.

“NBC Nightly News” started with anchor Lester Holt walking along the memorial shot with a handheld camera while mentioning  the “split screen” of the two shootings. The broadcast used the “Mass shootings in America: 24 hours of tragedy” banner.

On Monday, the broadcast eliminated the somewhat odd use of the Rockefeller Center animation it included Sunday.