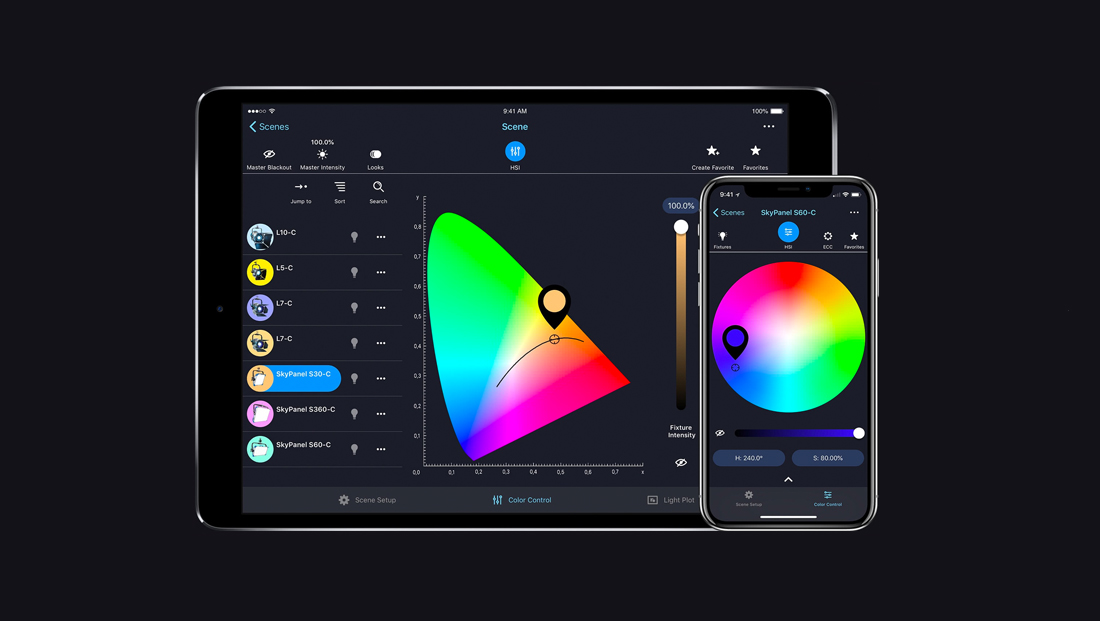 ARRI has released the latest version of its lighting control app Stellar, which is available for iOS and Android devices. Version 1.5 includes more collaboration between teams and devices, cloud backup and the ability to import/export.

Live Sync Beta
Live Sync Beta in Stellar 1.5 is an exciting new feature that enables real-time collaboration between Stellar on separate devices. Allowing multiple users to work on the same project and scene simultaneously, Live Sync now supports the ability to truly work collaboratively on the same file. Users can adjust the same fixture or different fixtures while the changes are synced in the background as they occur. The setup process is easy, straight forward, and can be accomplished in less than a few minutes.

Export/Import
Stellar 1.5 now allows for the export and import of projects and scenes. Exporting can be accomplished by sending a project or scene to the cloud, by sharing wirelessly between devices, by emailing or messaging, or by using other methods of sharing work. Exporting also allows the user to backup their project or scene to a specified destination. In addition to exporting and importing projects and scenes, it is also possible to share color favorites. Colors or palettes of color can be exported or imported easily and quickly in Stellar 1.5 by simply clicking the three dots menu in the top right corner of the favorites window.

iCloud Backup
With Stellar 1.5 on iOS, it is possible to back up all projects, scenes, and favorites to the iCloud. This sync happens automatically and instantly, allowing for the same files to be shared across multiple devices using the same iCloud account. Projects that have been initiated on an iPhone are now automatically backed up and ready for use on an iPad or vice versa.

Other Improvements
With every Stellar update, many small improvements are also made to create a better user experience and improve performance. In Stellar 1.5, several refinements have been carried out including the ability to delete all favorites, improved lighting effect UI, blackout indicator for fixtures, improved RDM identify behavior, disconnected fixture visibility, and many more.