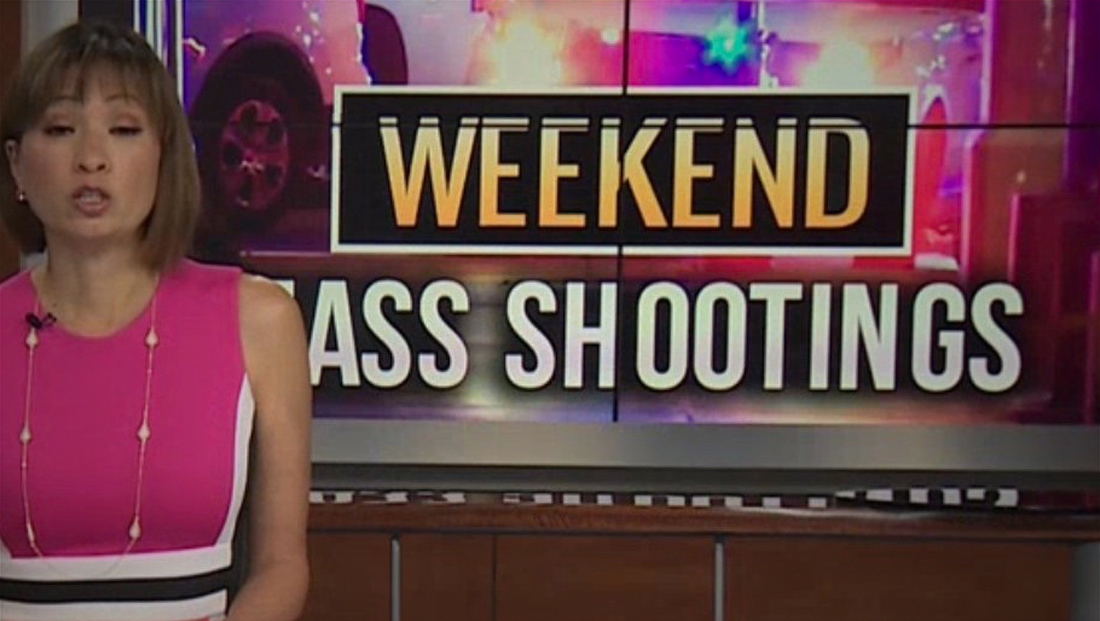 If you’re going to put the words “Mass” on video walls or panels, here are some reminders to double check how the graphic will ultimately be used.

Using the word “mass” is especially problematic because, if it loses its first letter, it ends up  as “ass.”

With more stations using on-set video walls, arrays and graphics, the potential for talent covering the letter is even more likely. 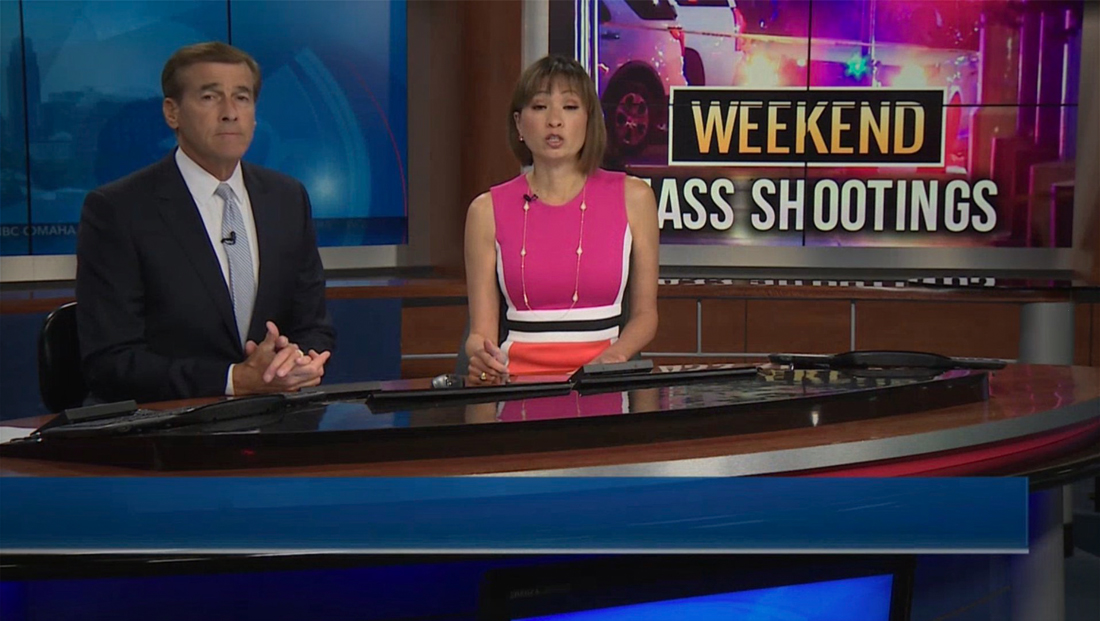 According to a screenshot obtained by NewscastStudio, WOWT in Omaha, Nebraska, put what appeared to be a fullscreen graphic in an on set video wall — but neglected to consider that the camera right anchor might cover the letter ‘M’ — making the graphic read ‘Weekend ass shootings.’ 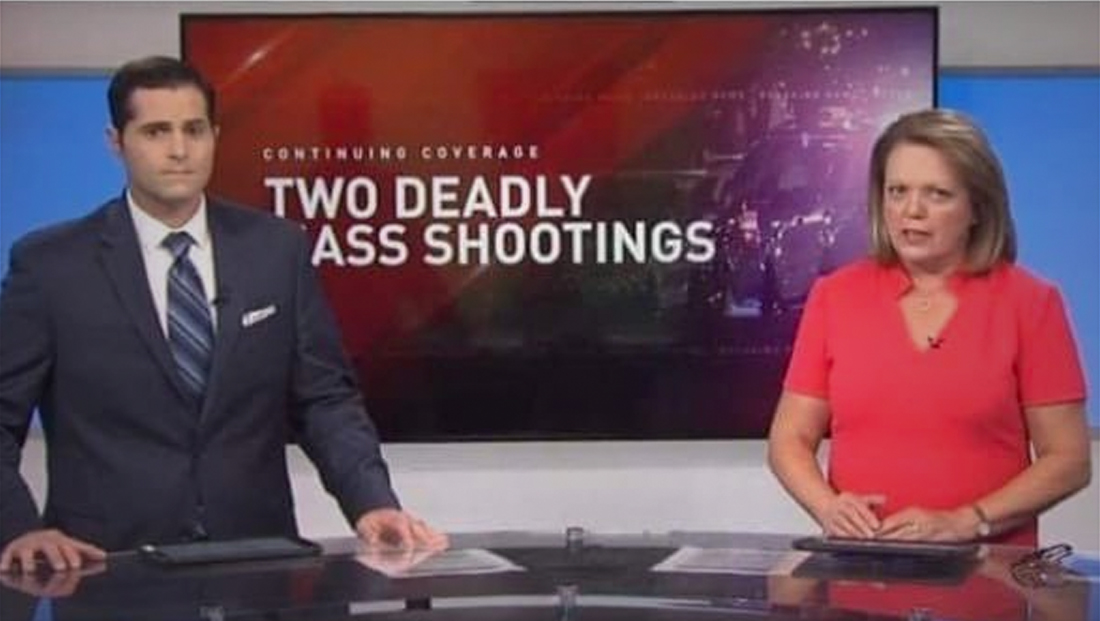 According to a screenshot posted on Twitter, WBMA in Birmingham used a graphic with left aligned text, causing the camera left anchor to cover the ‘M’ — with a similar result.

This one photo sums up my exact day at work! #PickTheCorrectVizTemple pic.twitter.com/TdqGJa8xRN

This type of error is fairly common — including WLS in Chicago proclaiming “Reakin News.”

By the way, if someone spots a shot framed like this, dollying the camera left or right might or instructing talent shift the correct direction via IFB can both be a good on-the-fly fix.