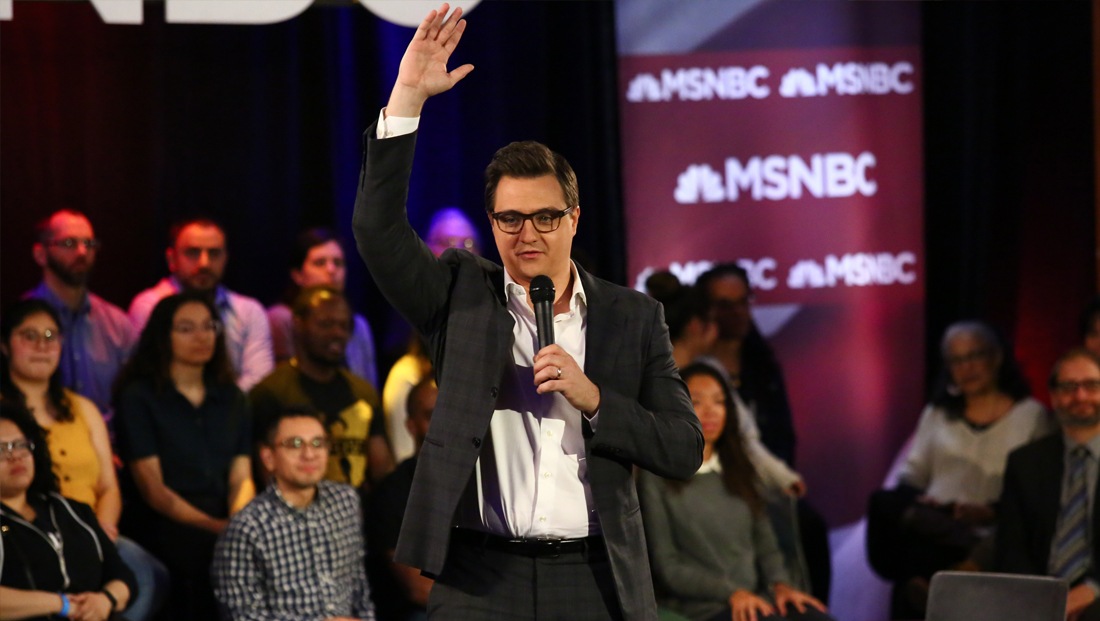 MSNBC’s “All In With Chris Hayes” will take over Megyn Kelly’s old studio for a trio of specials shot in front of a live studio audience.

It’s not immediately clear if the Megyn Kelly set is still in place (or parts of it) and, if so, if it will be used as part of the “All In” special.

After Kelly’s show was canceled in October 2018, “Sunday Today,” “Today Third Hour” and even an NBCUniversal film festival used the space off and on, but it hasn’t been used regularly on air since January 2019 when the third hour of today moved to Studio 1A.

Tickets for the Aug. 25 show are already gone and free tickets for the remaining two shots will be up front grabs Aug. 23 and 30, respectively.

According to NBC, the special editions will include “the day’s biggest news and political stories.”

The announcement stops short of labeling the specials “town halls” so it’s not clear how, if at all, the studio audience will be involved in the broadcast.

Hayes has hosted previous specials from in front of a studio audience, including a March 29 special from a Bronx college campus.

All In, chris hayes, MSNBC, Studio 6A