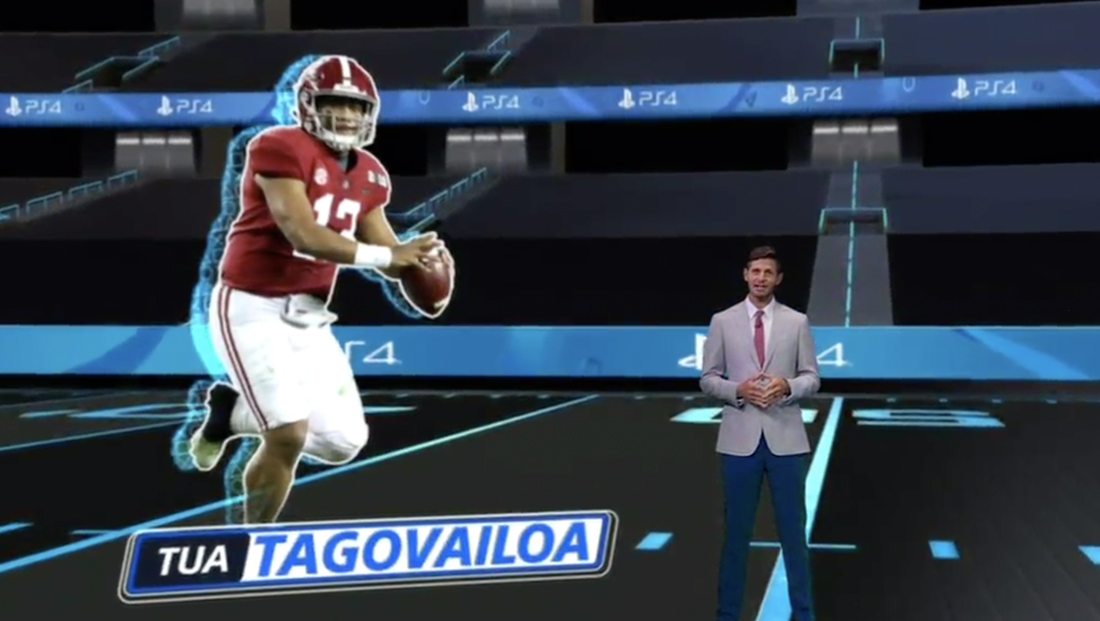 The segment and ranking system is part of a multi-year deal with Sony’s PlayStation as the official gaming and virtual reality sponsor for the metric.

Included in that is the “naming rights” — ESPN anchors often identify the feature on air as the “PlayStation Player Impact Rating.”

That might sound like it rates PlayStation players, but it’s actually a 0 to 100 score given to each college football player. 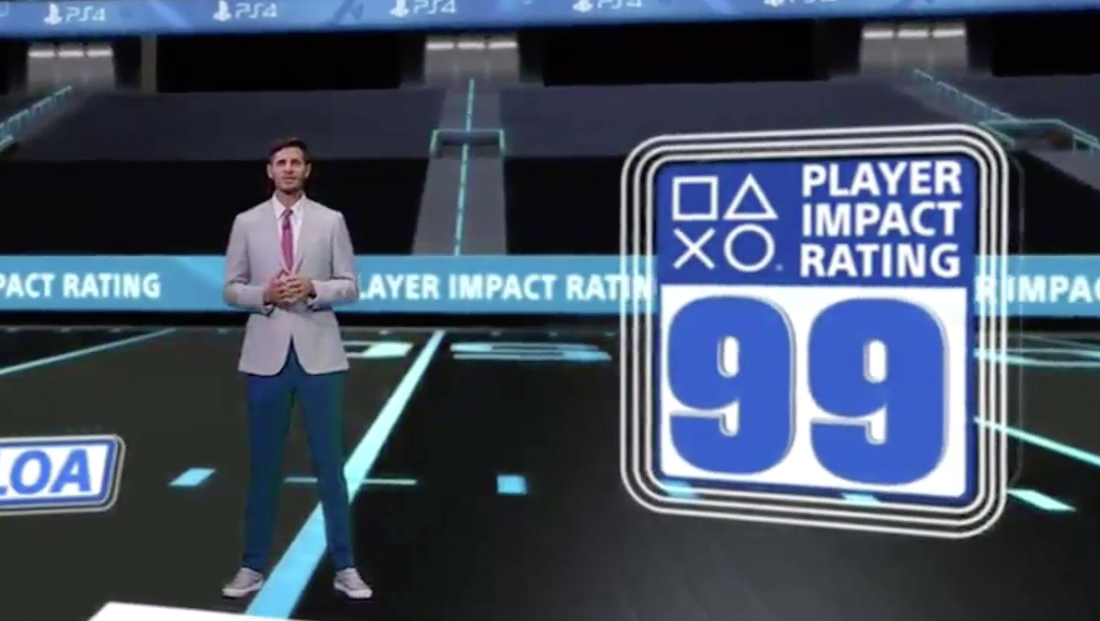 The exact formula and methodology wasn’t released by the network, but ESPN’s announcement of the rating says it accounts for the player’s time on and off the field plus the skills of both teammates and opponents.

To introduce its new rating system, ESPN produced a virtual studio and augmented reality segment that places talent inside of a streamlined rendition of a football stadium.

Much of the look includes black surfaces, while bright blue and white elements are also used, including showcasing PlayStation branding on the virtual LED ribbons in the “stadium.”

A giant action cutout of the player in question can be shown — with a sort of ethereal bright blue backing — along with a floating element sporting the impact rating in large 3D digits.

The iconic four function buttons from a PlayStation controller are tucked into the upper left corner of this element. 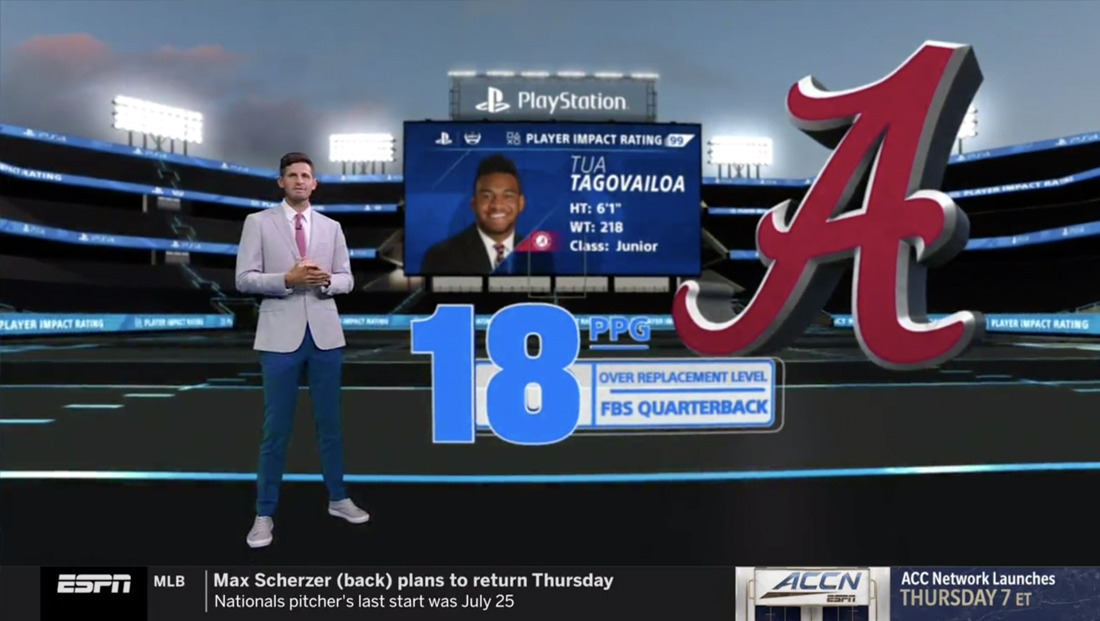 Next, the camera swings around to showcase a virtual giant screen at one end of the stadium with additional player information topped with a PlayStation banner.

Additional stats can be inserted in the form of large 3D numbers and signs floating above the field, while a giant rendition of the team logo sits off to one side.

The “screen” itself can also be used to showcase game footage that boasts visible “seams” between the virtual video panels that make it up.

The segment is produced on a giant chroma key wall and floor setup that includes camera tracking.