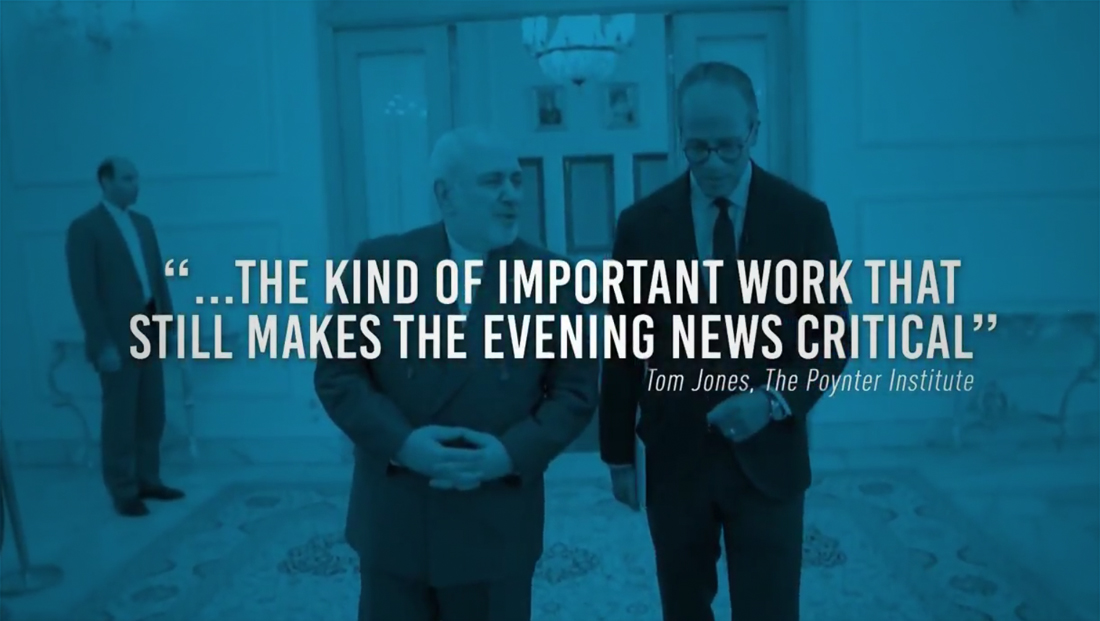 “NBC Nightly News” took a spot promoting its Iran coverage in the “Told Nightly” style and recreated it with a different look.

NBC kept most of this style when it created an Iran-themed one after anchor Lester Holt’s trip to the country in mid-August 2019.

However, the network has since taken the promo and updated it to use a different format.

Many of the clips are the same, though some have been swapped out.

The new version also includes a quote from the Poynter Institute’s Tom Jones praising the broadcast’s coverage of Iran.

That quote is broken into two screens and set in a condensed sans serif font instead.

The background music has also been changed to a higher, but still urgent sounding, musical bed.

The spot still ends with a double box and “Nightly” logo overlay, but trades out an image of Holt getting ready to go live, presumably from Tehran.

Meanwhile, NBC is still airing versions of the “Told Nightly” promos, including the one spotlighting Holt as the “most trusted” news anchor.

You can watch other “Told Nightly” promos in this playlist: