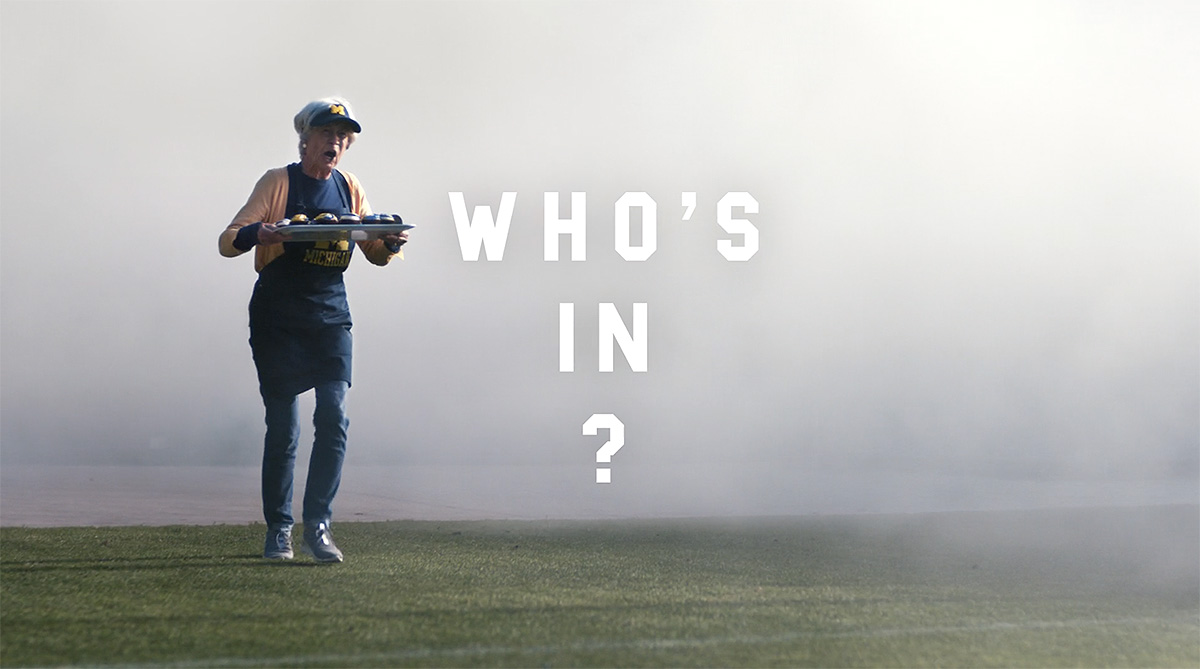 As the new season of college football officially gets underway, ESPN is again asking who will make it to the playoffs in the next installment of its “Who’s In” ad campaign.

Celebrating fans and their role in the game of college football, the spots were directed by Peter Berg, who has previously worked with ESPN on other initiatives including the open for “Monday Night Football,” and from agency McKinney.

225 extras representing 23 different teams appear across the spots which ESPN notes capture “the passion, traditions and dedication of the fans who embody the soul of college football.”

“I am a huge college football fan and was thrilled to have to opportunity to channel my passion into this project,” said Berg. “This campaign has brought together all of the great elements that make up college football – true avid fans from all over the country who love their teams alongside team mascots brimming with excitement and in turn creating a truly authentic vibe.”

The “Who’s In” campaign launched with the College Football Playoffs in 2014 and airs across ESPN and ABC.