‘The Talk’ gets sprawling new set for 10th anniversary season 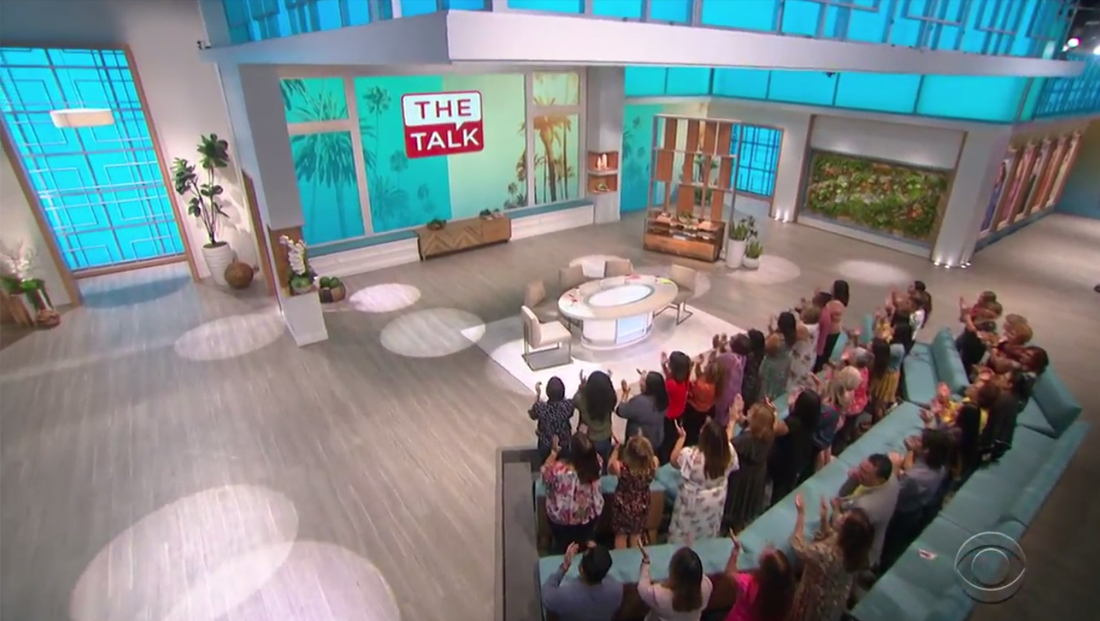 CBS’s daytime talk show “The Talk” celebrated the start of its 10th season with a spacious and airy new set paired with updated graphics on Monday, Sept. 9, 2019.

The new set uses an elegant interlocking geometric pattern as its design motif — it is included “above it all” in the boxy, internally lit structural header element suspended over home base, and in the background areas of the set.

In addition to adding a clean visual element, the interconnecting shapes could also be interpreted as an abstract interpretation of the show’s boxy “speech bubble” logo design — and a nod to the show’s concept of discussion.

Previously, “The Talk” used a set designed to represent a modern interior with large faux windows and an open staircase.

In 2015, the show covered up much of that scenery with large video panels suspended from the ceiling — which could also be raised and lowered depending on production needs and to serve as an entryway for guests and the hosts. 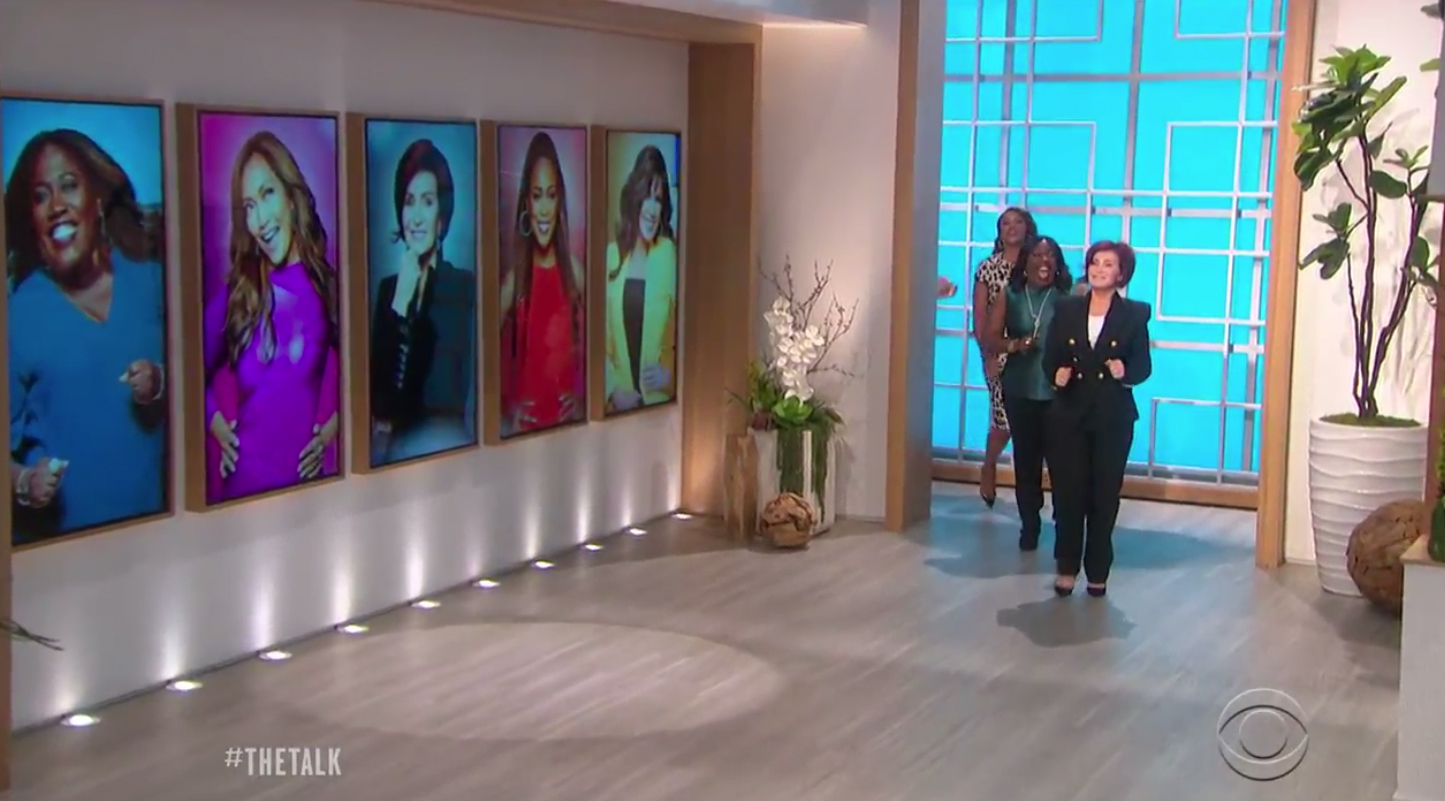 On the new set hosts now enter from the left side of the studio through a high opening backed with a wall decked out in the distinctive interlocking pattern and backlit panels. Video panels display portraits of them to the left, which can also be switched out to include other looks throughout the show. 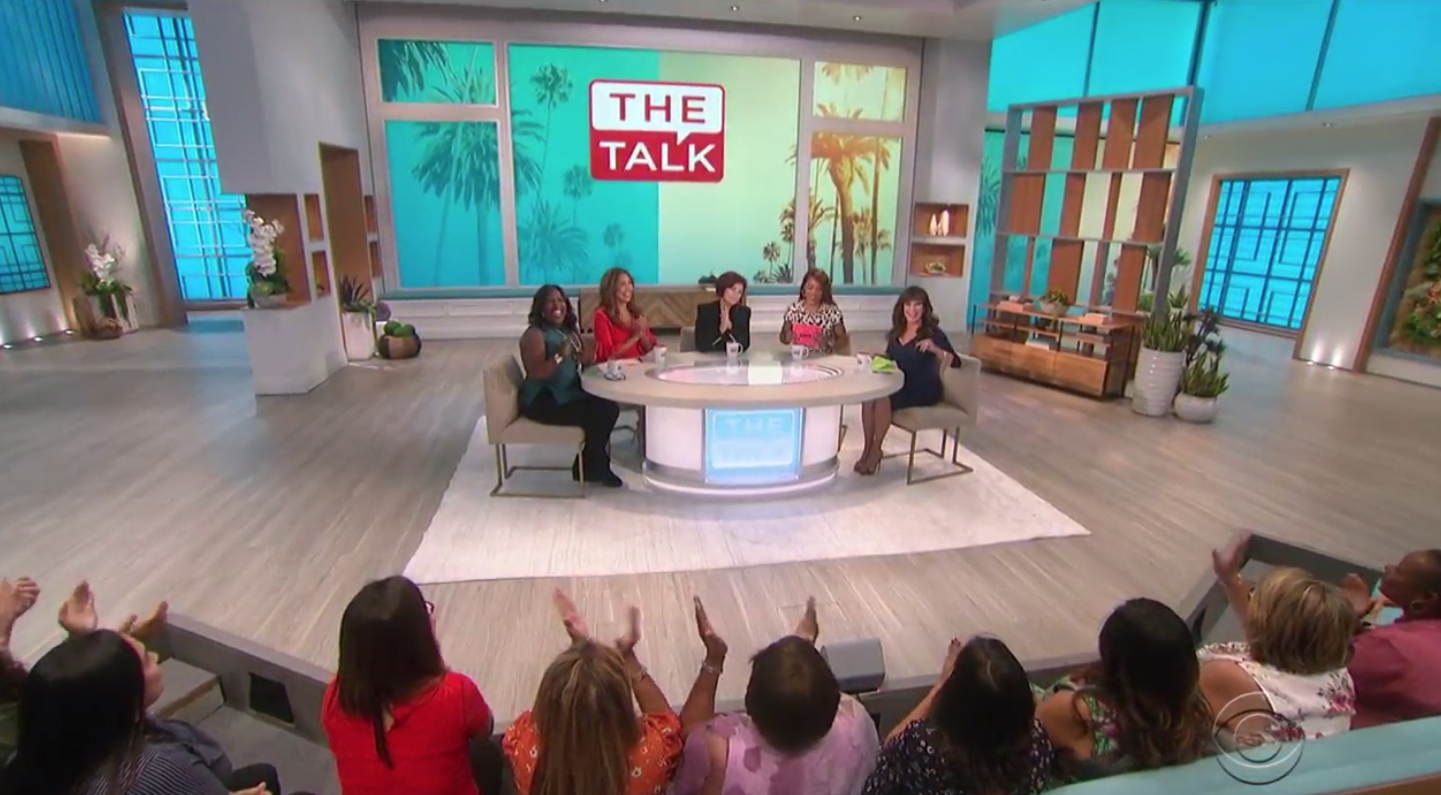 Home base is framed out by a wall with blocky cutouts and alcoves that channel the geometric theme. Two additional alcoves and a freestanding movable divider with a geometric pattern and movable credenza are at camera right. Behind, an LED video wall with mullions suggests a large window, one of eight LED walls on the set. While ‘The Talk’ has kept its palm tree motif, the wall is also used to showcase topical photos or taken over completely with special graphics created just for a segment. 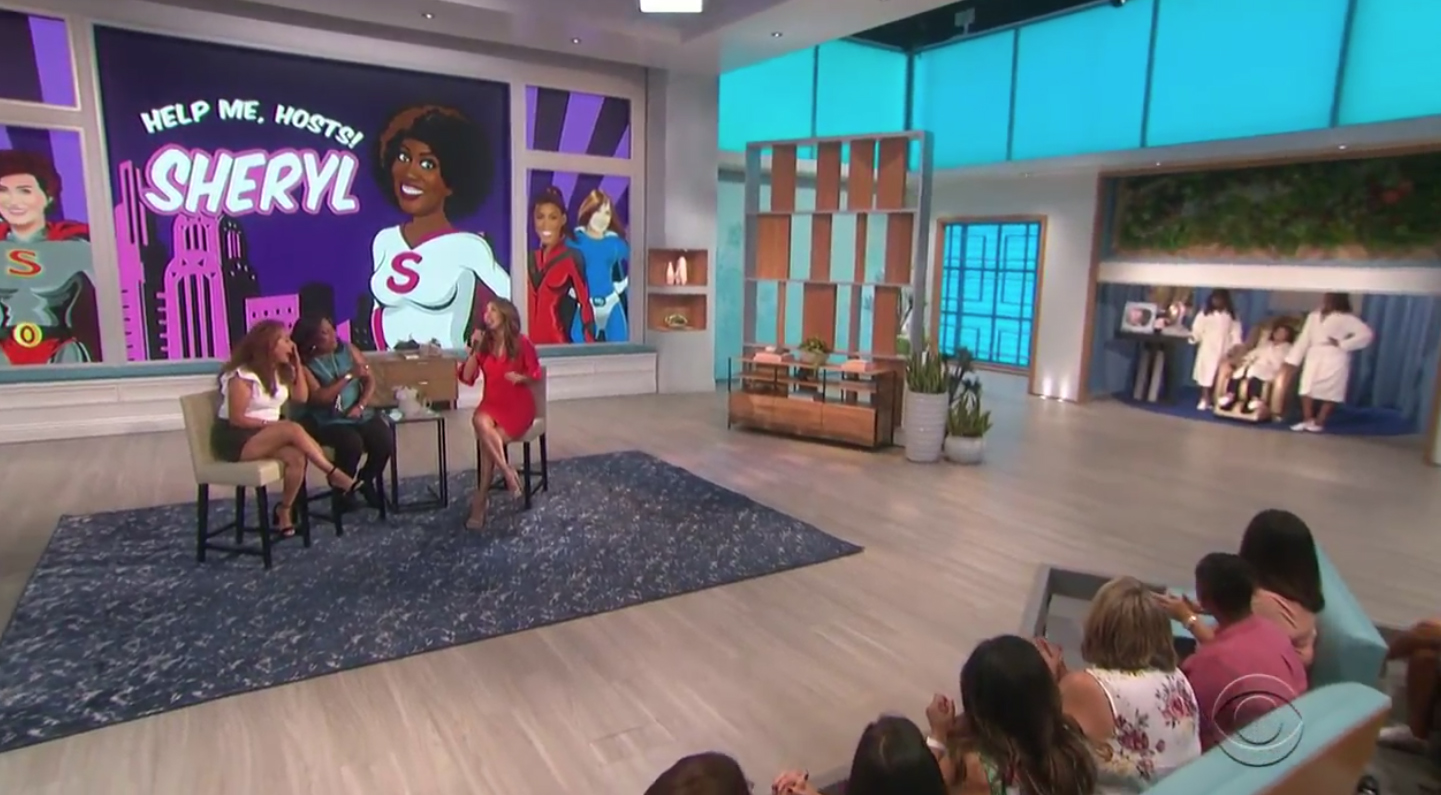 The right side of the studio features an additional, smaller opening as well as a ‘green wall’ that can be raised and lowered. On the season 10 premiere, it was used to surprise a guest with gifts.

Behind the scenes, the massive video wall behind home base — along with the “window seat” under it — can be raised up to allow crew members to move in the desk and other elements, like a riser for musical performances or a kitchen counter-style unit for cooking segments, according to set designer Jeff Hall of JHD Group.

In addition, the freestanding divider camera left can also be moved out of the way to create a larger space and take advantage of the LED video wall tucked behind it. There’s also another wall that can be raised and lowered on the camera left side of the studio next to the vertical panels.

The set includes three sets of audience risers — one that is partially used as a work area for crew — and a “pit” area that puts select audience members closer to the action, right up against the edge of the riser.

Audience members are also treated to an “experience” as they enter the studio — an area highlighting photos of the show’s co-hosts.