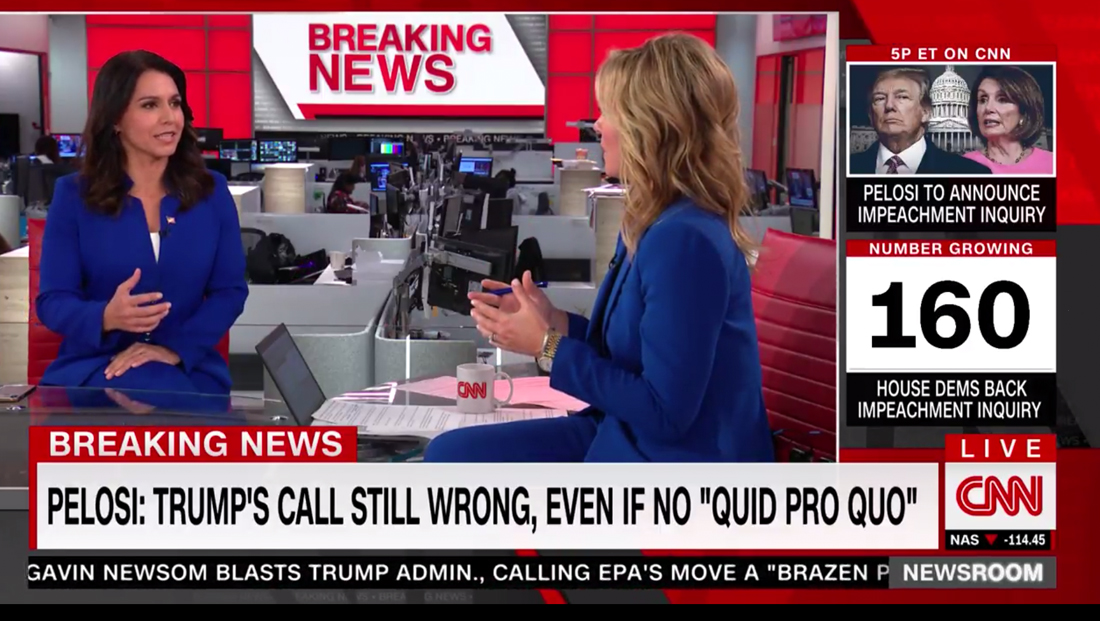 During live coverage ahead of the announcement, CNN “pushed back” its main screen to make room for both a teaser for the Pelosi announcement as well as its count of the number of Democrats backing impeachment inquiry. 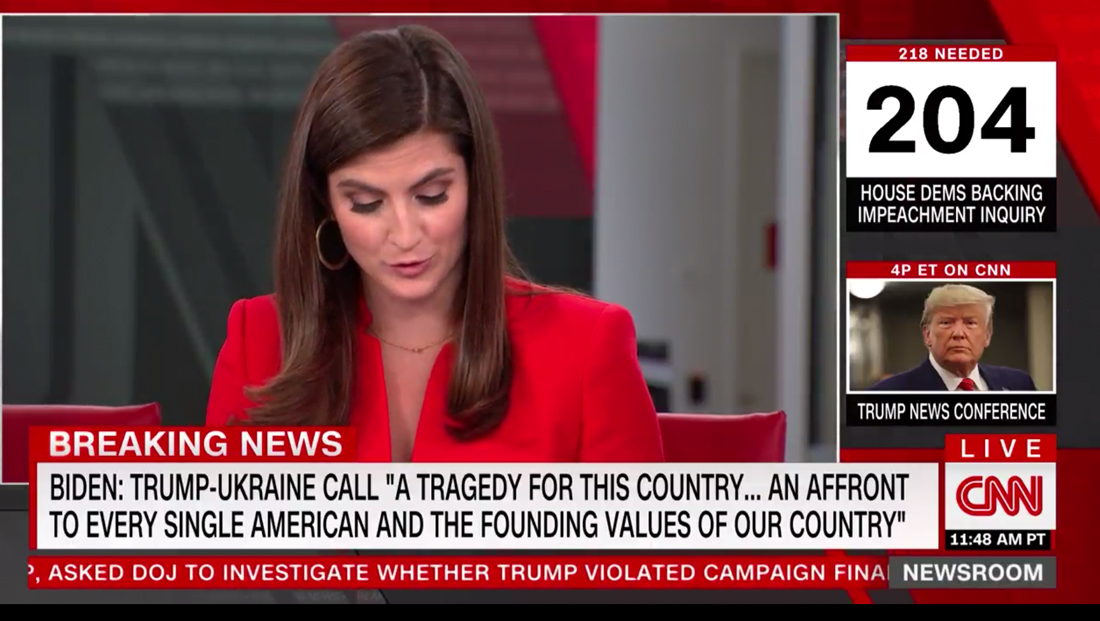 By Wednesday, CNN had increased that count to 204 — which is still different from MSNBC’s count of 211 earlier in the day.