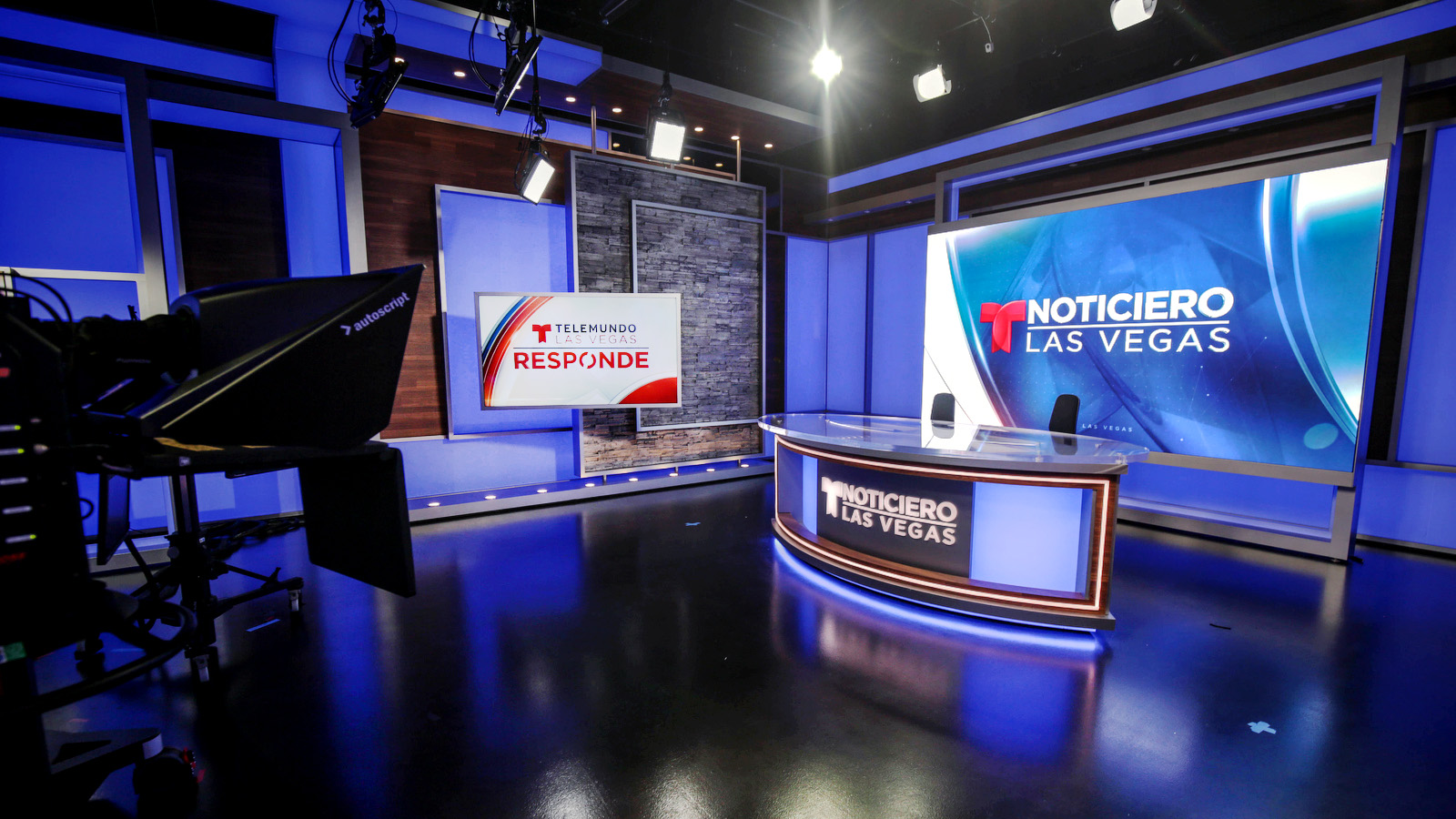 Launched on Monday, Sept. 24, 2019, during the 5 p.m. broadcast of “Noticiero Telemundo Las Vegas,” the building houses a new set for the station with design from John Casey featuring a 12 by 7 foot LED wall, robotic cameras and LED lighting.

The facility also includes an open-concept newsroom with dedicated desk pods for the news team with a variety of flexible workspaces and phone rooms. 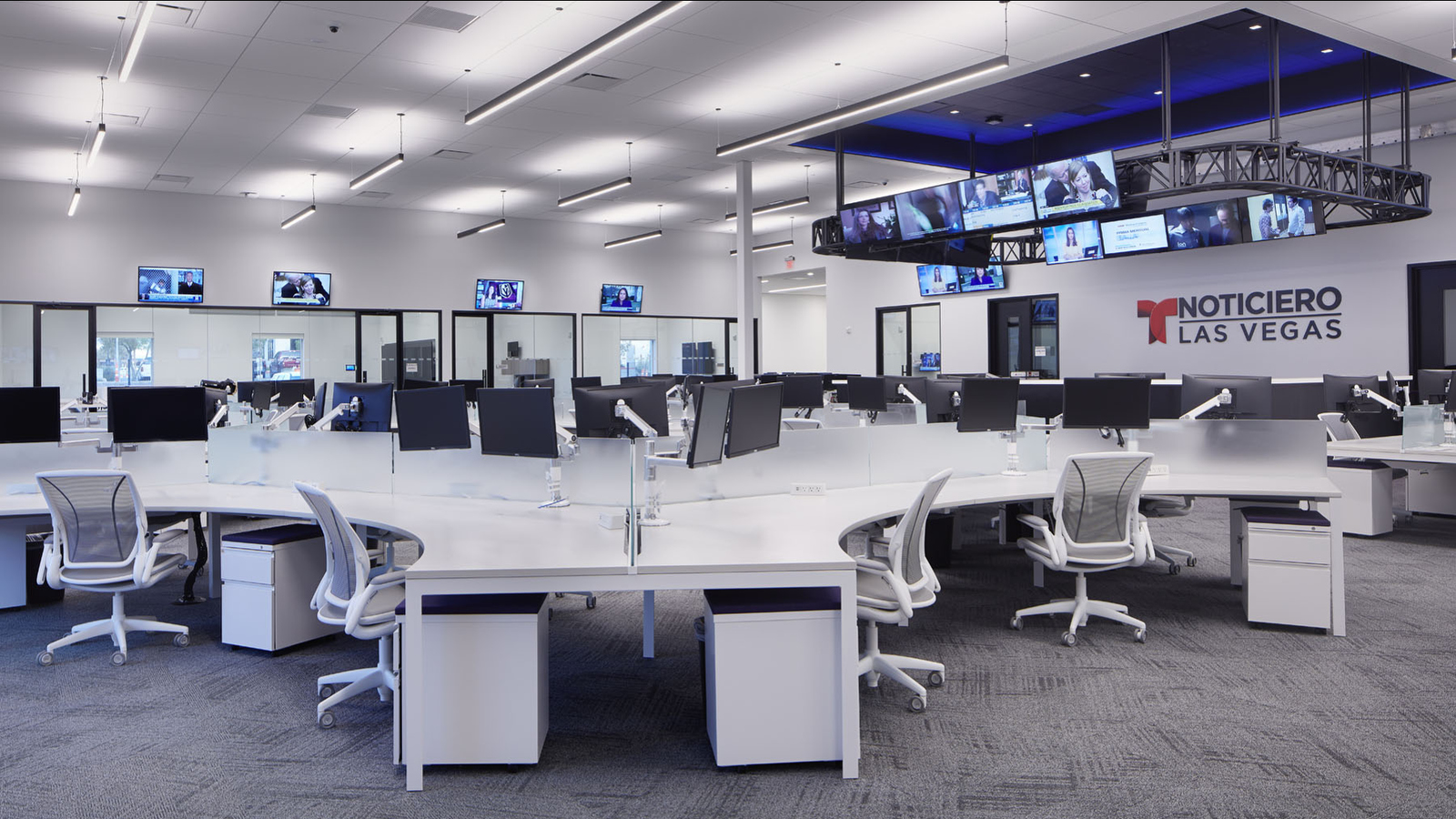 “Our new facility honors our longstanding commitment of serving our Las Vegas’ Spanish-speaking communities and raises the bar for local broadcasting in our market and industry. We are proud to present our new facility to our audiences,” said Ramiro Lopez, President and General Manager, Telemundo Las Vegas.

The new space marks the first NBCUniversal-owned station to have news and production infrastructure fully hosted by a private cloud system — based in Dallas – providing a complete IP production workflow for KBLR. 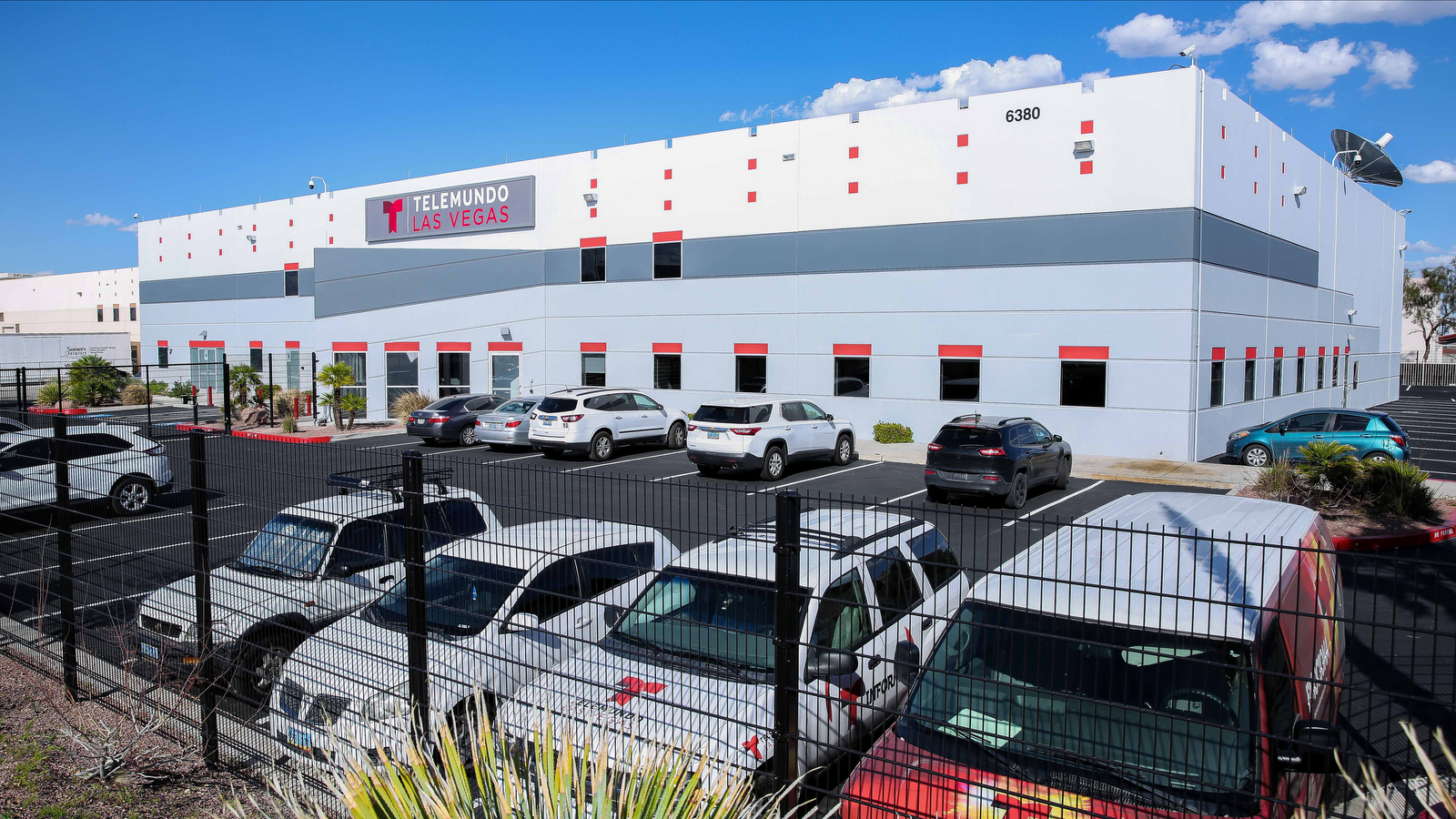