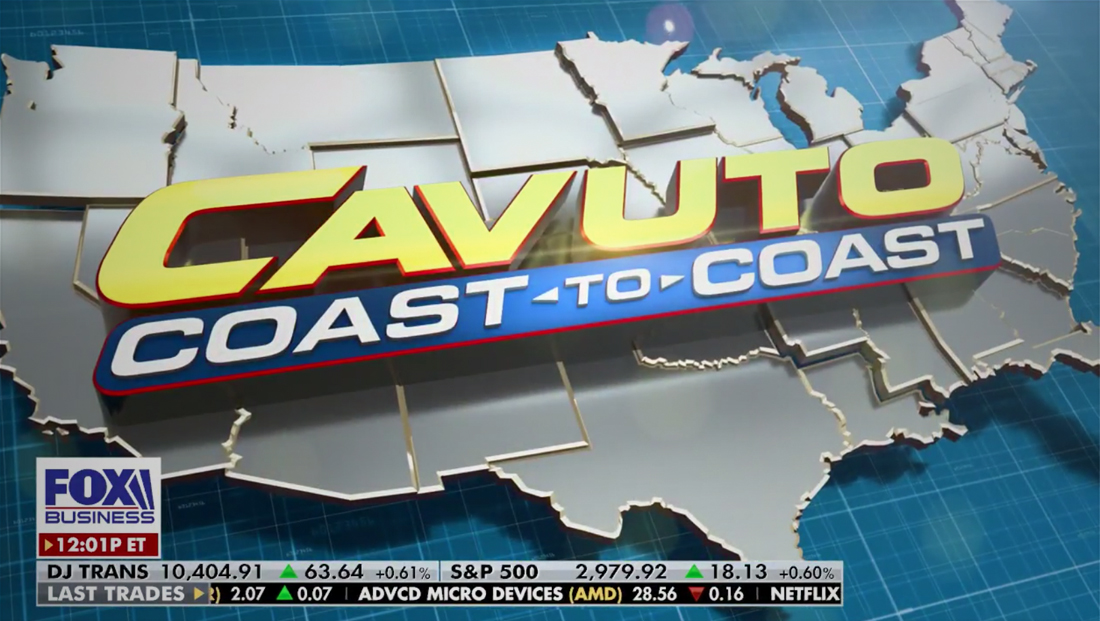 Along with the changes that were part of an overall network redesign, Fox Business’ “Cavuto Coast to Coast” got a bit of an on air update.

Neil Cavuto’s daily show on the network removed the box and some accent lines from its logotype and added gold to his last name and added a short open that includes 3D metallic animation of the U.S.

Cavuto’s old show did once have an open, but it essentially disappeared over the years. The new look also updated the textural ‘screens’ patterns in favor of the lighter, brighter and more metallic look of both Fox Business and its sister network.

The open takes viewers from the Bay Area where a drone flies over large 3D lettering reading “technology.” A burst of light then travels over to what appears to be Kansas with a corn field and crop duster plane representing agriculture before switching to an energy themed scene over Kentucky and West Virginia.

Next up is a stop by Washington, D.C. for politics and then the short hop to New York City and Wall Street.