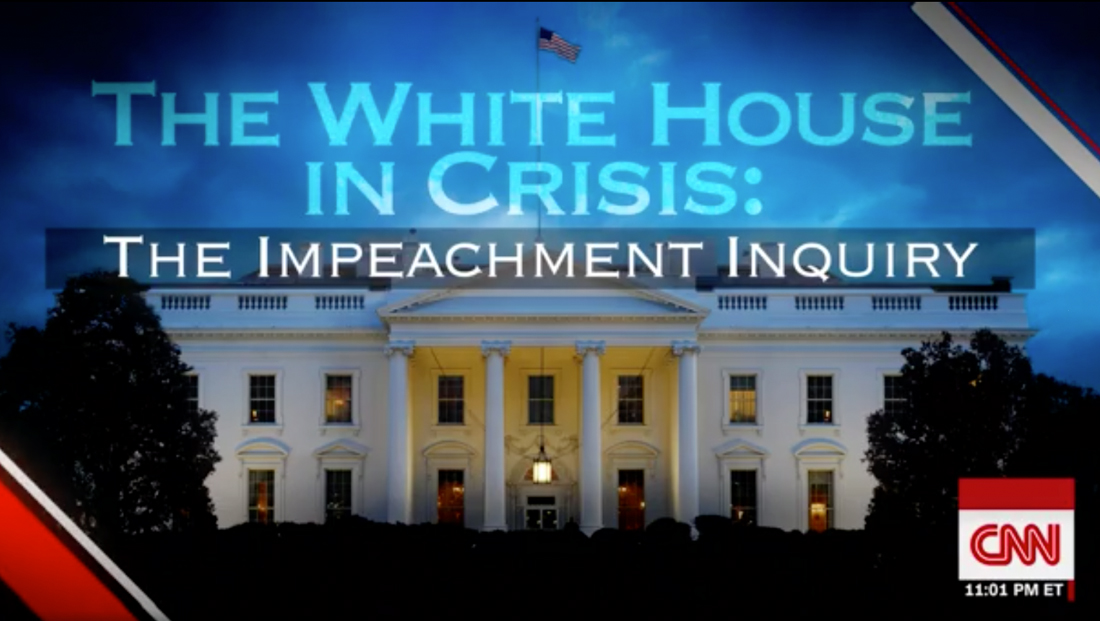 CNN has brought back its practice of producing a special hour of programming at 11 p.m. entitled “The White House In Crisis: The Impeachment Inquiry.”

Hosted by Lauren Coates, the show aims to dig deep into the complex daily developments of the impeachment inquiry swirling around Washington.

Thanks to the studio’s bountiful video walls, it’s a cinch to give the space a fresh look for a special show — in this case it’s a somber monochromatic blue background of the White House behind Coates along with angled text accents. 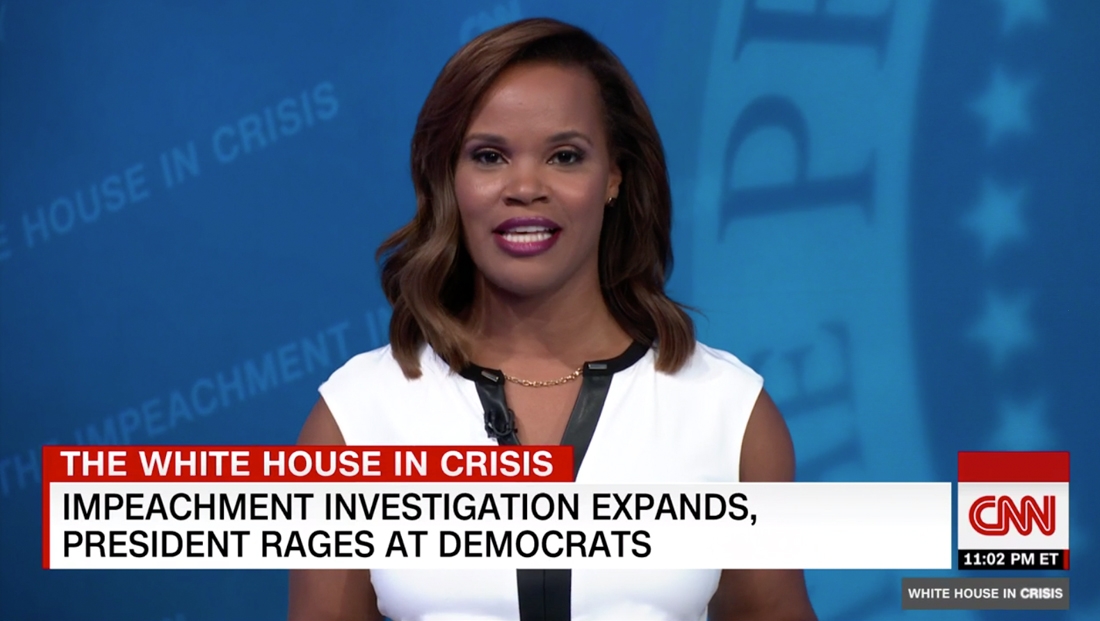 Coates kicked off the show standing at the base of the studio’s staircase with part of the circular presidential seal behind her. 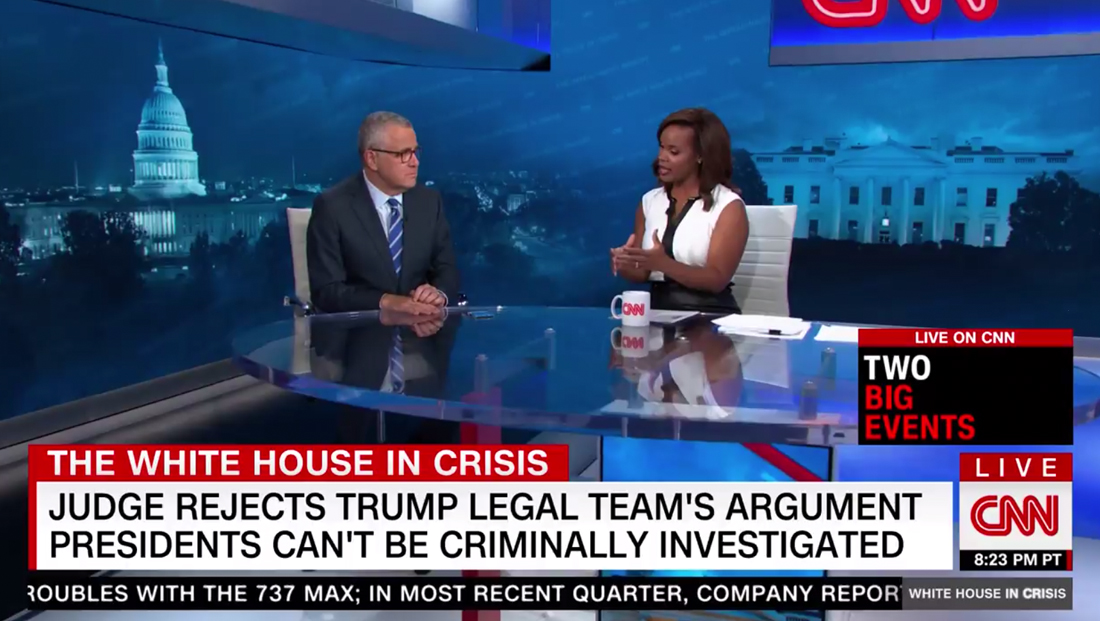 For in studio guests, Coates moves to the anchor desk Don Lemon typically uses for “CNN Tonight” with the curved portion of the studio’s seamless video wall fading to a view of the Capitol behind the guest position.

The show uses a dramatic clip of music during its short open that features similar blue tinted graphics as those on the video walls as well as a logotype sent in a Copperplate Gothic-esque font.

CNN normally airs a second hour of “CNN Tonight” at 11 p.m. but this isn’t the first time it has borrowed an hour from the Don Lemon show for special extended coverage.

The network has previously used the “White House in Crisis” branding — with a generic “A CNN Special Report” subtitle — back in June 2017.