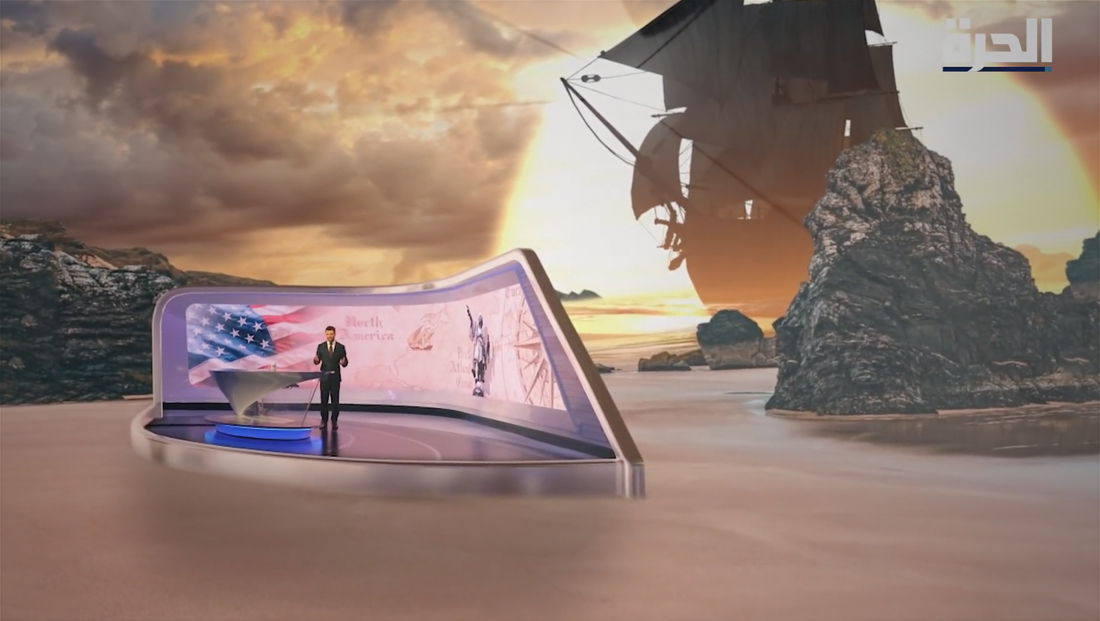 Arabic language network Alhurra (الحرة‎) created an immersive augmented reality segment that walked viewers through the time of Christopher Columbus all the way to the future of human exploration and the planned mission to Mars in the 2030s.

The segment started in the studio with the video wall showing an American flag and old style map before zooming out to show a segment of the studio set “sitting” in a virtual environment depicting one of Columbus’ ships.

The view then shifts to a dramatic view of the studio’s glass topped anchor desk — complete with coffee mug — before it’s transformed into the surface of the ocean with another view of a 3D ship. 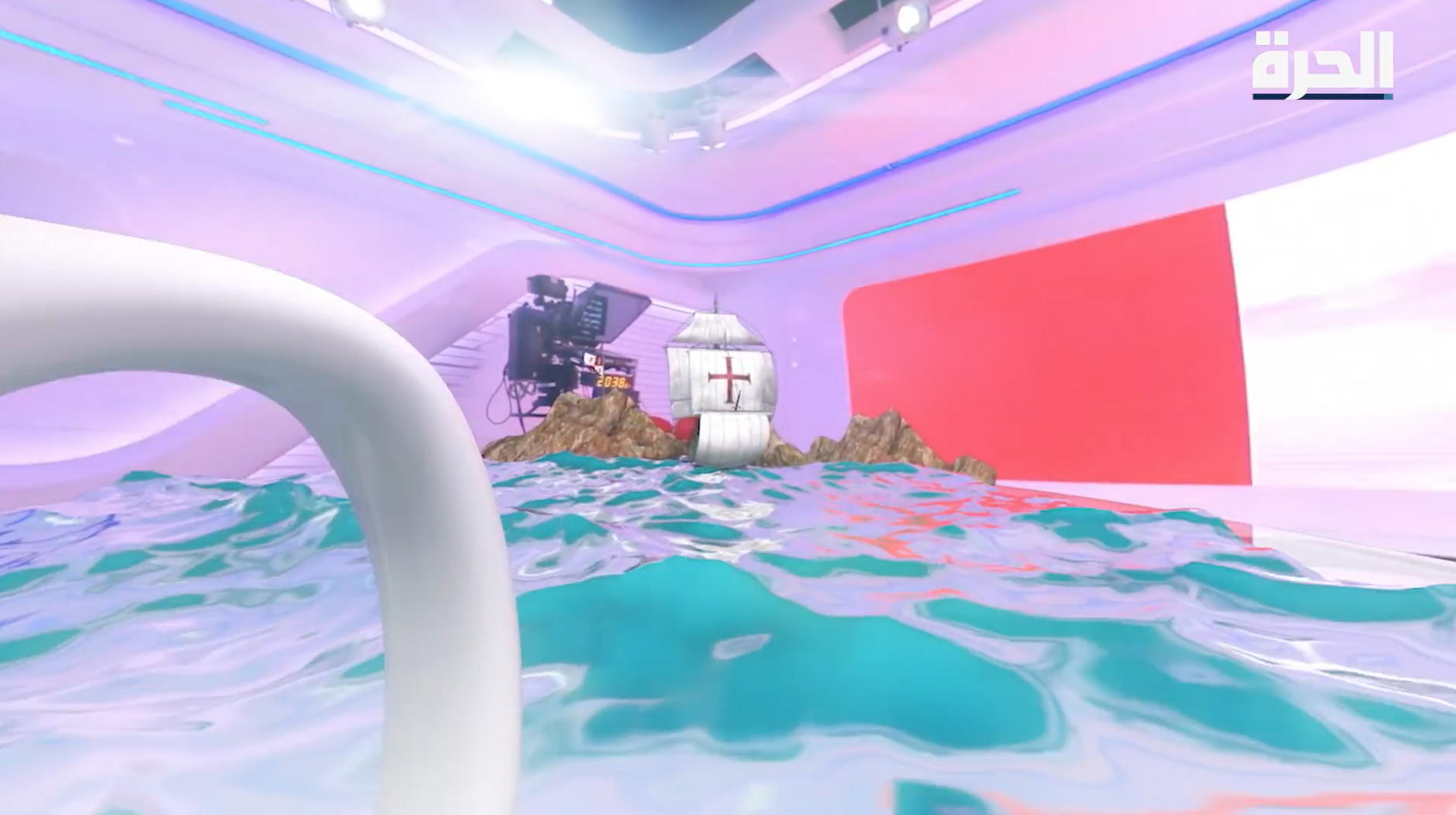 Viewers are then taken on a 360-degree spin around the ship showcasing different weather and times of the day.

The camera pulls back, revealing the boat as a “ship in the bottle” model sitting on top of the anchor desk along with a scroll and scope. 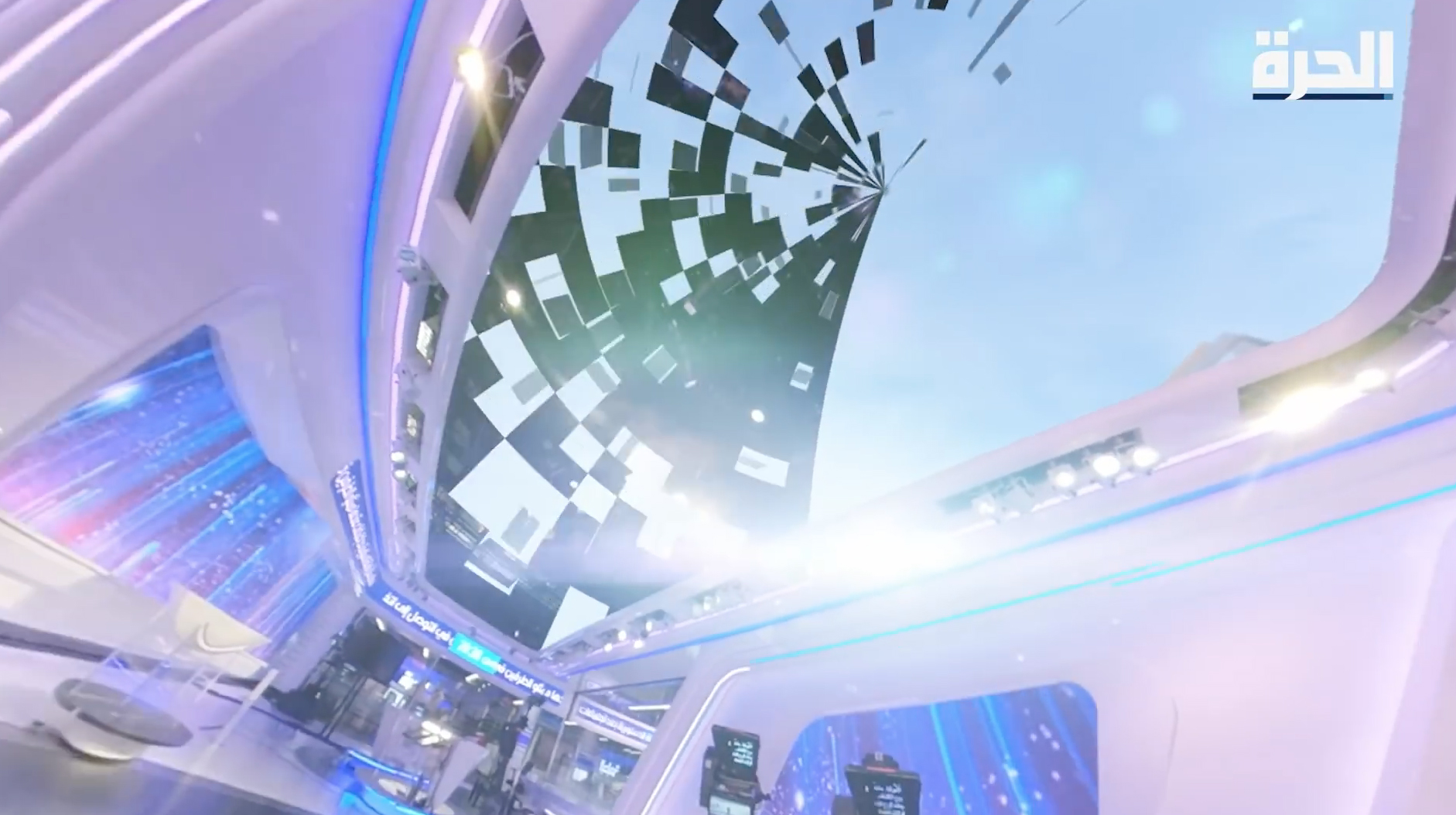 Next, the camera dramatically shifts toward the studio ceiling where a virtual sky fills in, serving as a “portal” to outer space and the moon.

On the way, a Wright Brothers-inspired plane and jet fly by — both nods to human exploration and discovery.

The view then “comes back” to Earth, with floating 3D models of the moon and Mars floating in front of the anchor.

A flash of light transitions the view to a rocket hurling through space and landing on a 3D recreation of Mars’ surface. 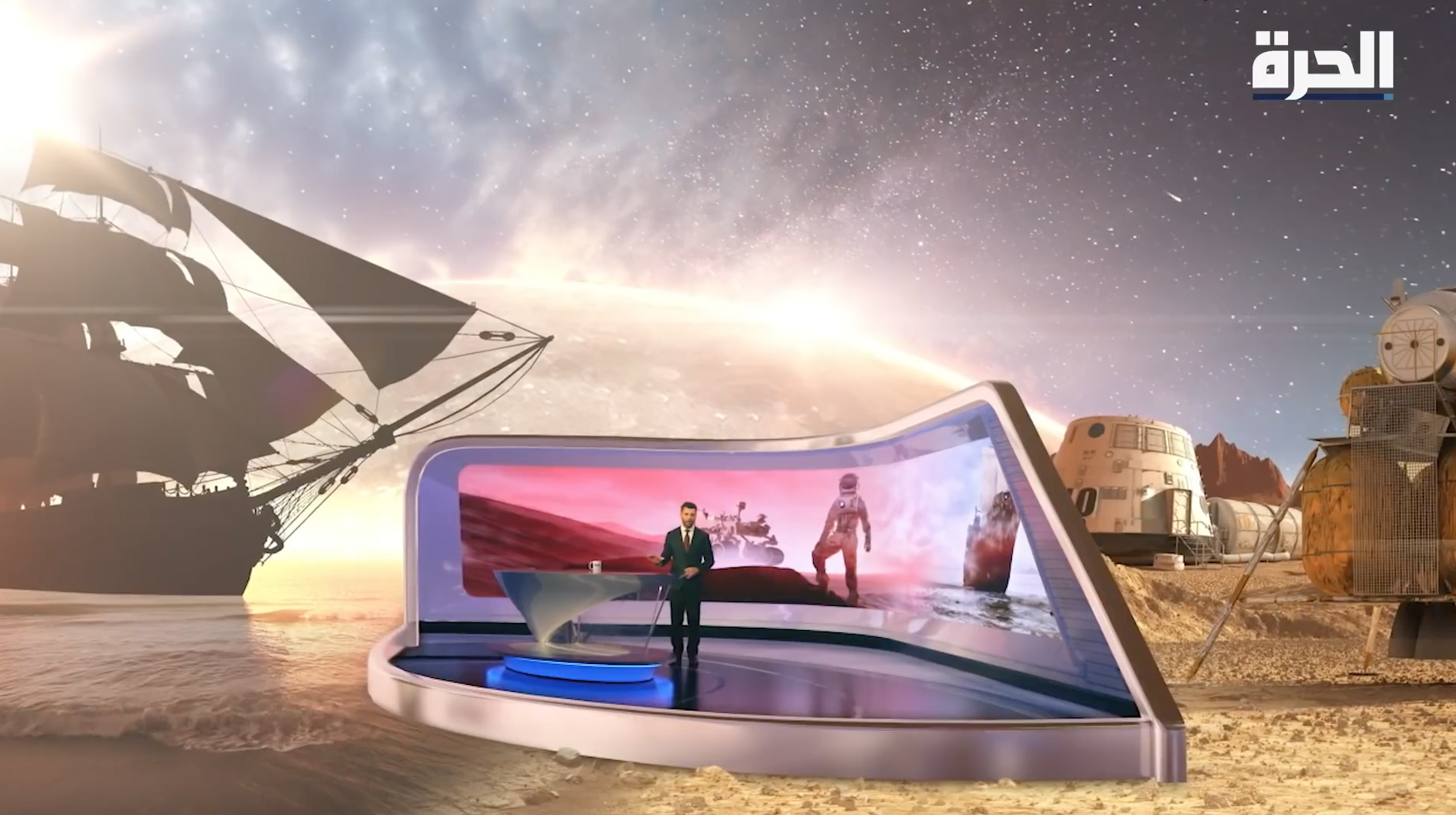 The segment finishes with the small segment of studio placed between an oversized versions of one of Columbus’ ships and a human habitation on Mars.