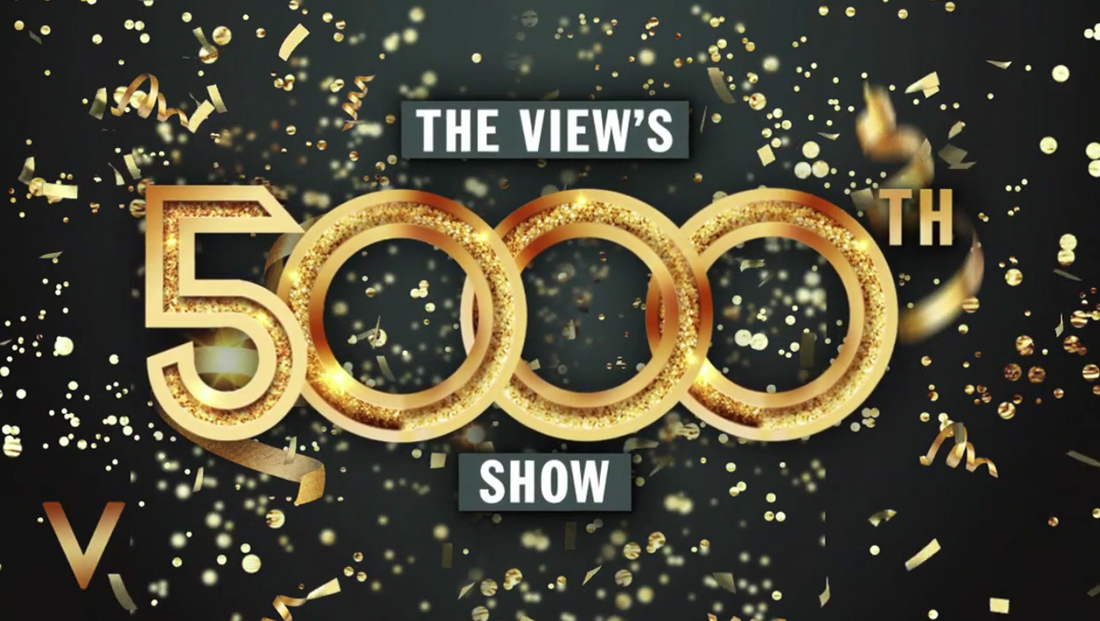 ABC’s “The View” marked 5,000 episodes on Thursday, Nov. 7, 2019 and marked the occasion with a special open and graphics plus some surprises.

The show opened with congratulatory greetings from Taylor Swift and Oprah Winfrey.

Meanwhile, most of the graphics during the open were switched to a gold and black color scheme with a confetti and ribbon background. 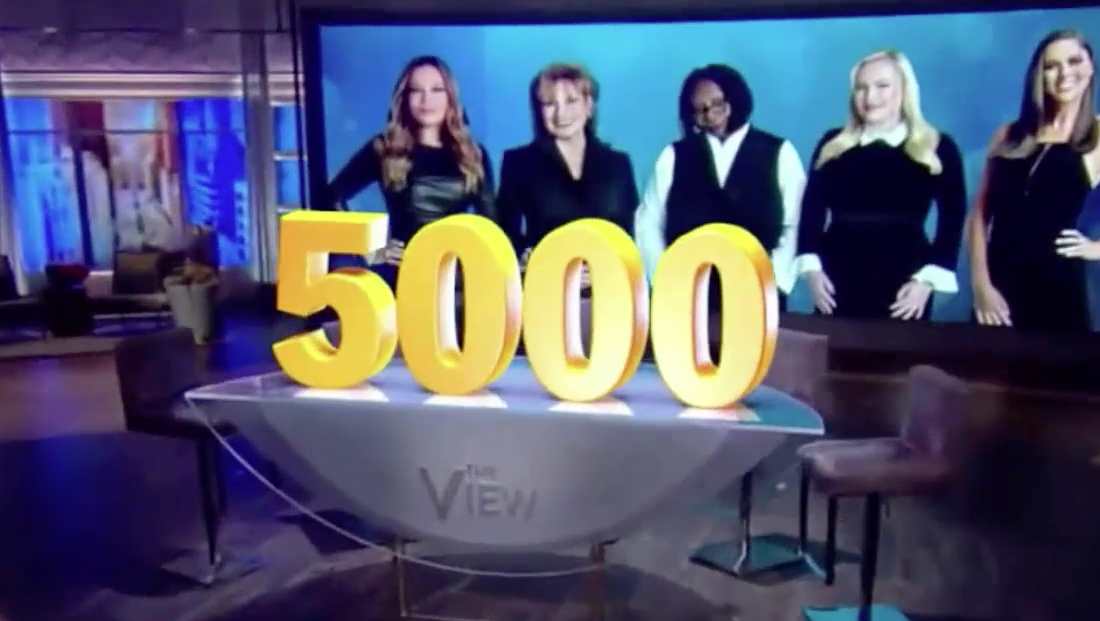 The show also used a “5,000” logotype with circular zeroes that echo the show’s logo.

That same number was also digitally inserted on to the iconic “Hot Topics” table.

After the host intros and title card, the show’s hosts entered the studio that had been decked out, thanks to its multiple video walls and panels, in the gold and black color scheme.

The set’s color changing LED was also switched to a light yellow while the curtains were uplit in yellow and orange.

Moderator Whoopi Goldberg then thanked the show’s co-creator and longtime co-host and ABC News journalist Barbara Walters, who did not appear on the show.

In October, former “View” co-host Rosie O’Donnell said she didn’t think Walters was “up to speaking to people now,” adding that it’s “hard to age in America.” 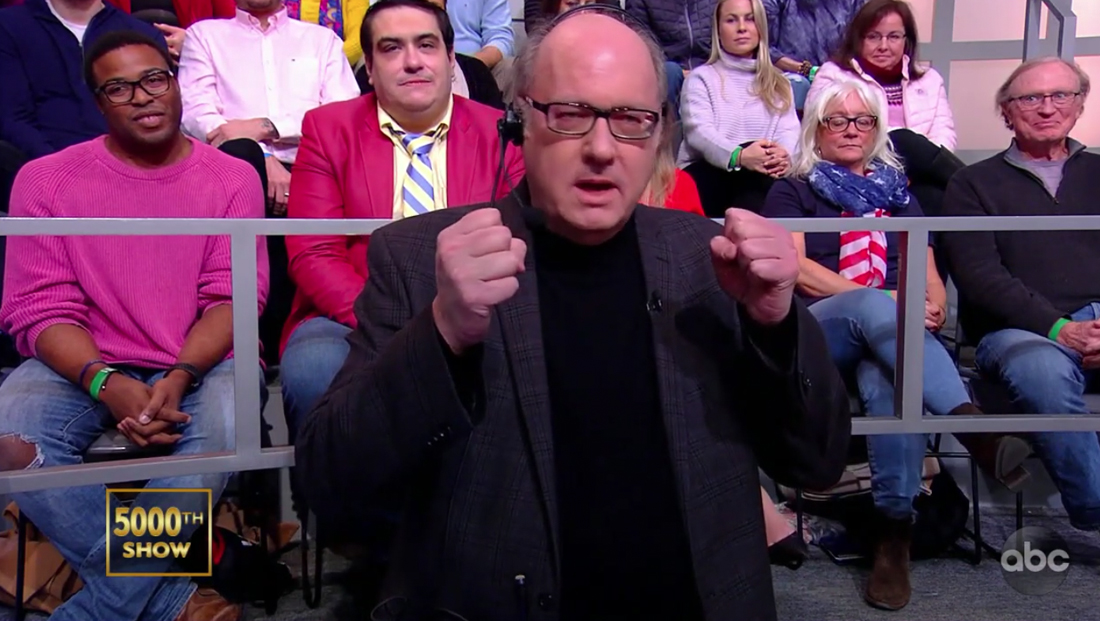 Co-creator and former executive producer Bill Geddie did make a guest appearance — which wasn’t hard given that he now works right next door EPing the syndicated talker “Tamron Hall.”

Geddie was positioned in the spot in front of the audience risers normally reserved for one of the producers — and even donned an intercom headset even though he wasn’t actively working as the producer. 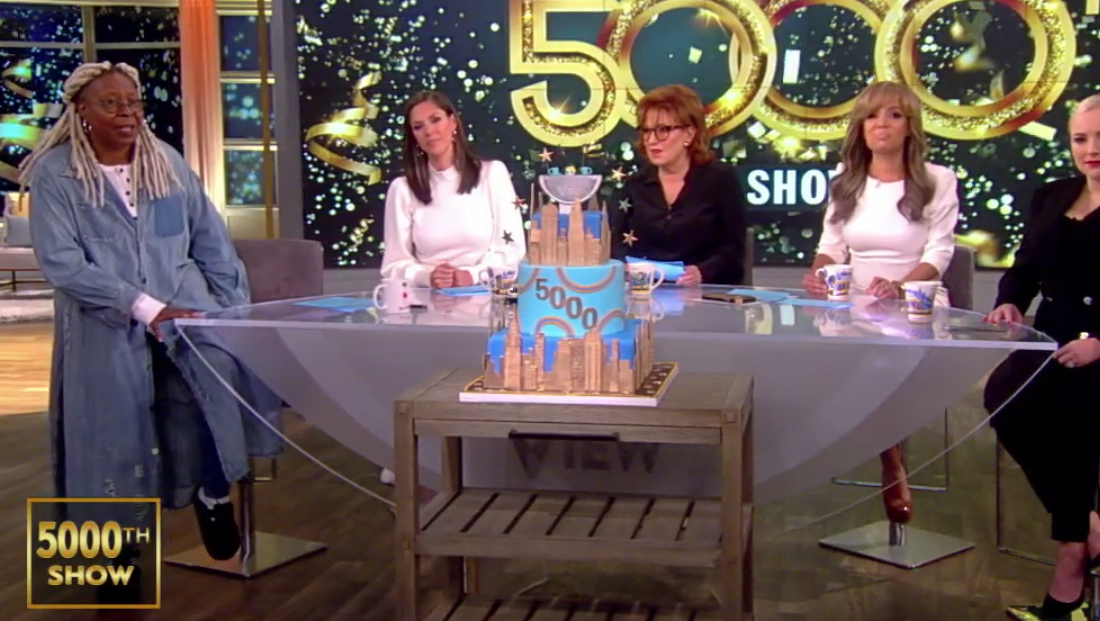 Before going to commercial break, a custom designed cake decorated with a gold New York City skyline topped off with a mini recreation of the show’s iconic folded leaf table. 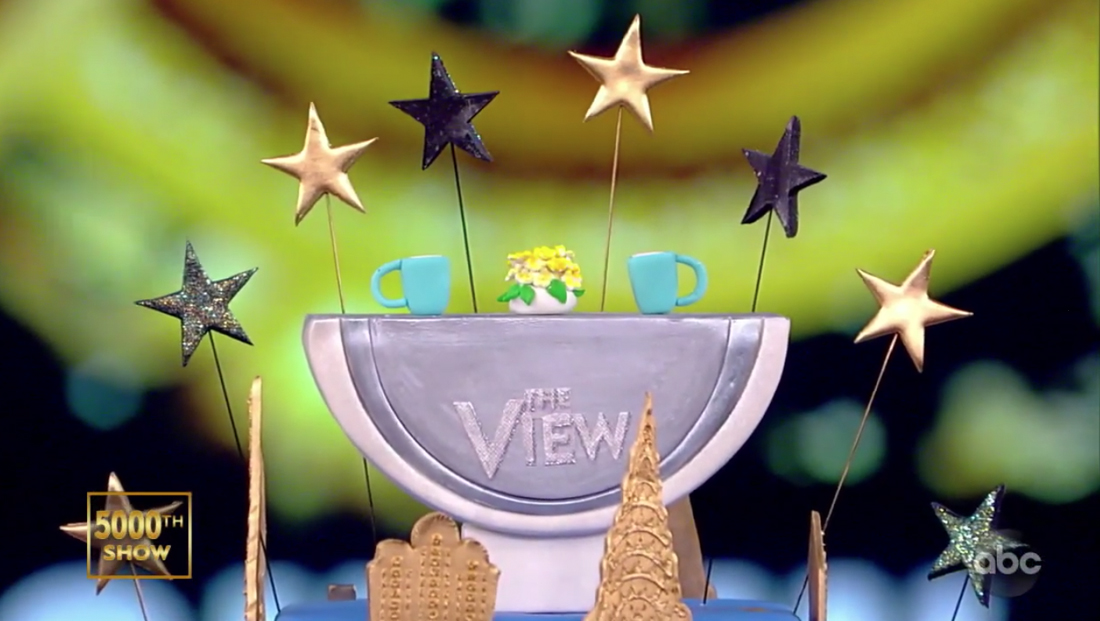 The cake didn’t feature miniature versions of the hosts (coffee cups were perched on top of the “table”) but Goldberg and Joy Behar both noted that it looked a bit “like a menorah.”

Ultimately, however, the historic 5,000th episode will likely be best known for a heavily promoted and controversial interview with Donald Trump Jr. and Kimberly Guilfoyle which, by most accounts, went off the rails quickly.