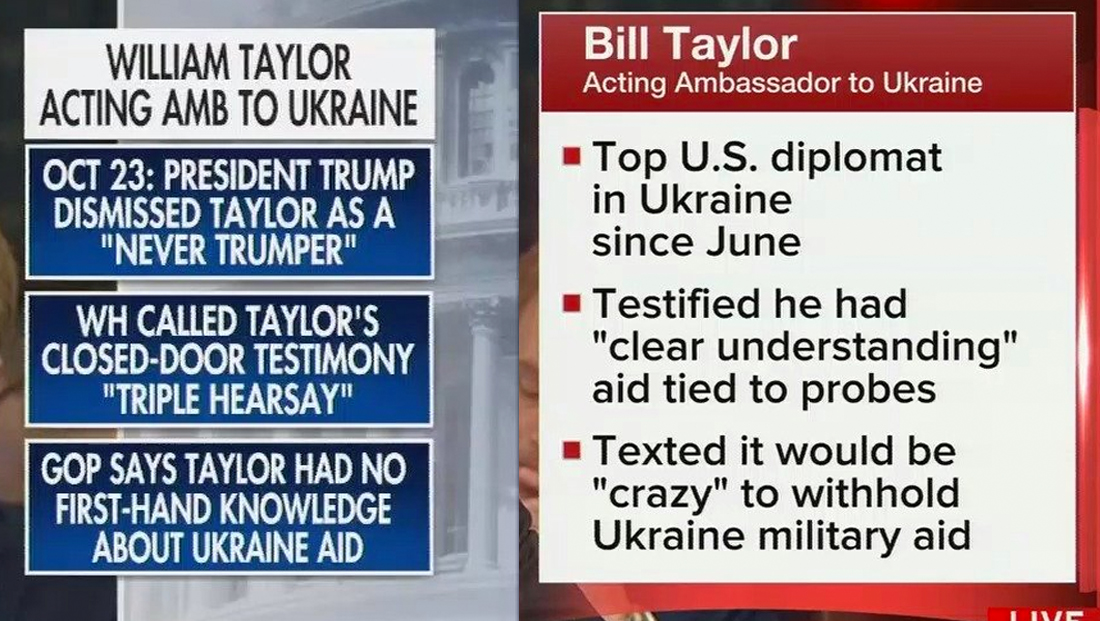 Although all of the footage coming from the house impeachment hearing room is the essentially the same, that doesn’t stop networks from inserting their own angles thanks to on-screen graphics.

A pointed example of this phenomenon was tweeted by Media Matters for America’s Danielle Misiak, showing the Ambassador William Taylor on screen.

By comparison, MSNBC made these points (it also identified Taylor as “Bill” instead of “William”):

MSNBC’s first point is an undeniable biographical fact. Its two other points, while slightly loaded, are also points that are documented. 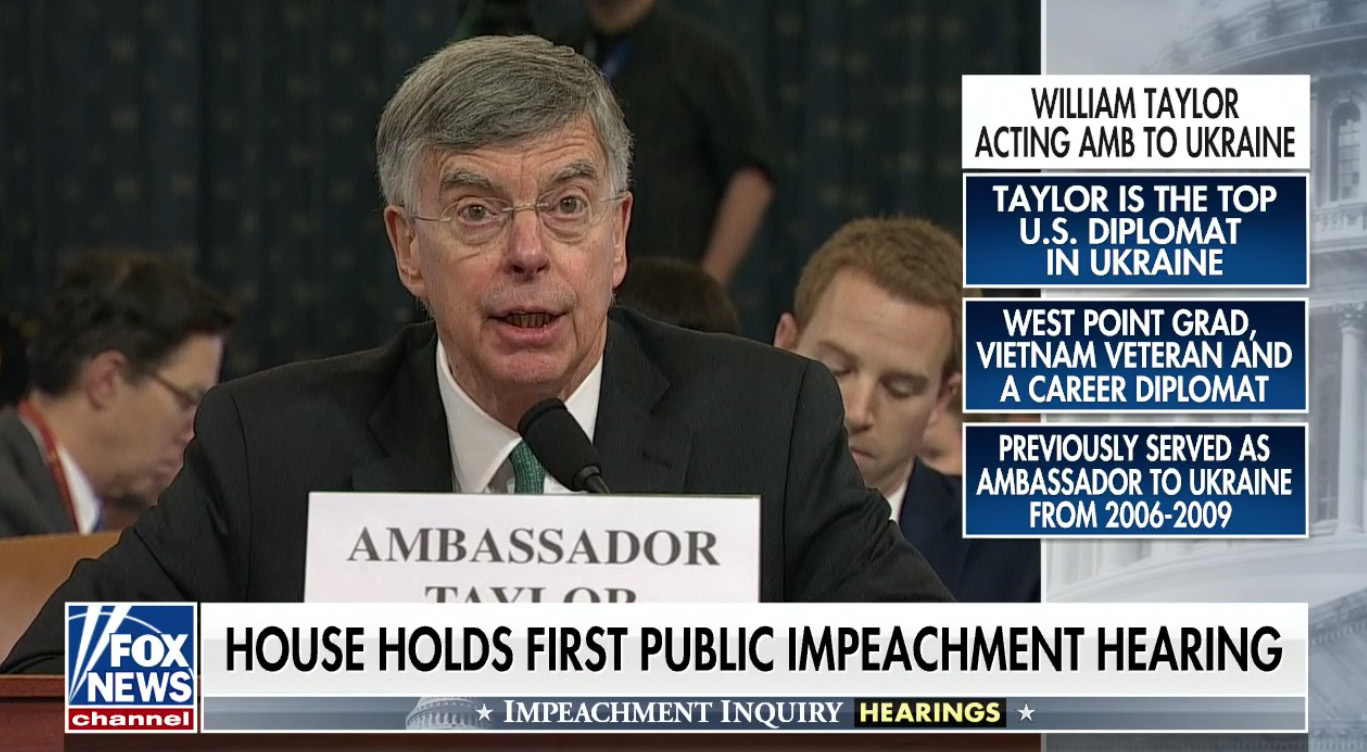 Fox inserted some of the basic info, including some of MSNBC’s points, before veering off track. 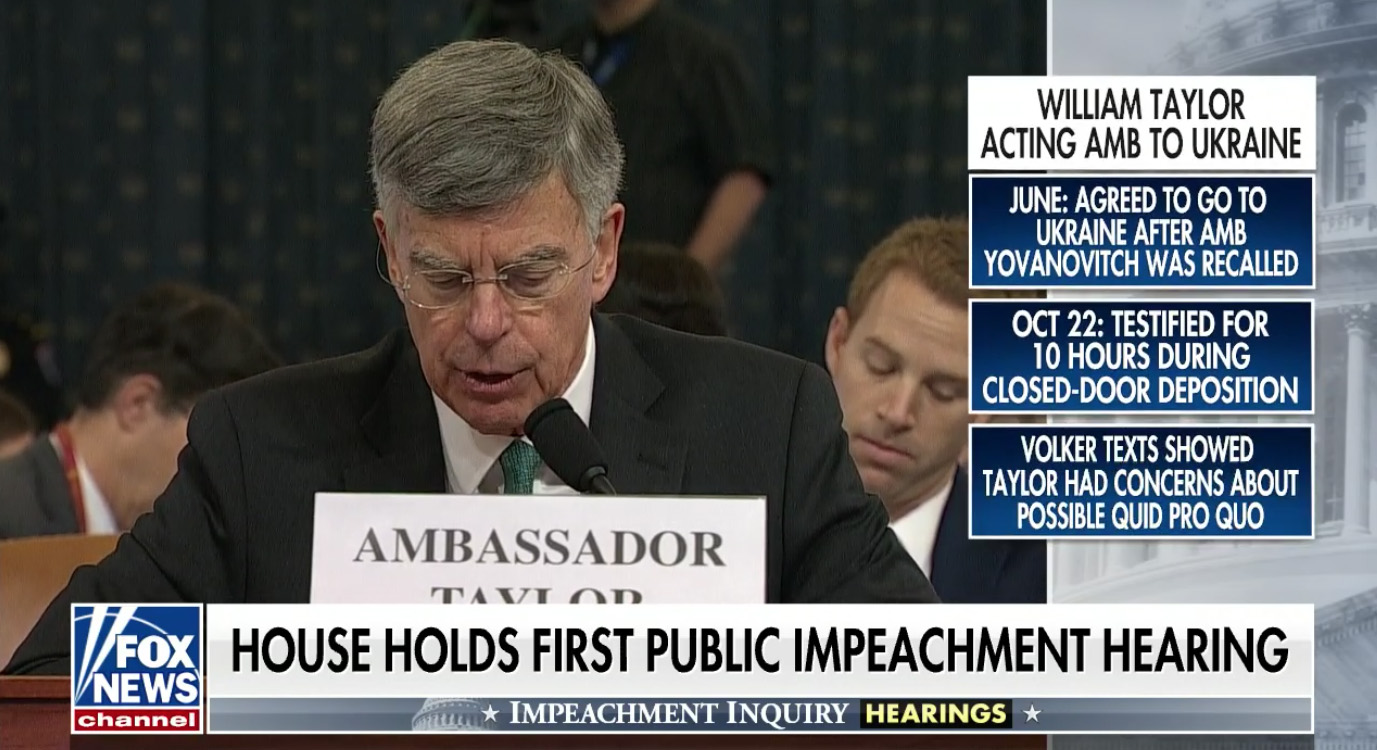 Fox used three sets of three boxes of key points prior to unabashedly filled its final sidebar with points made by Donald Trump, the White House in general and the GOP — all of which are attempts to discredit Taylor. 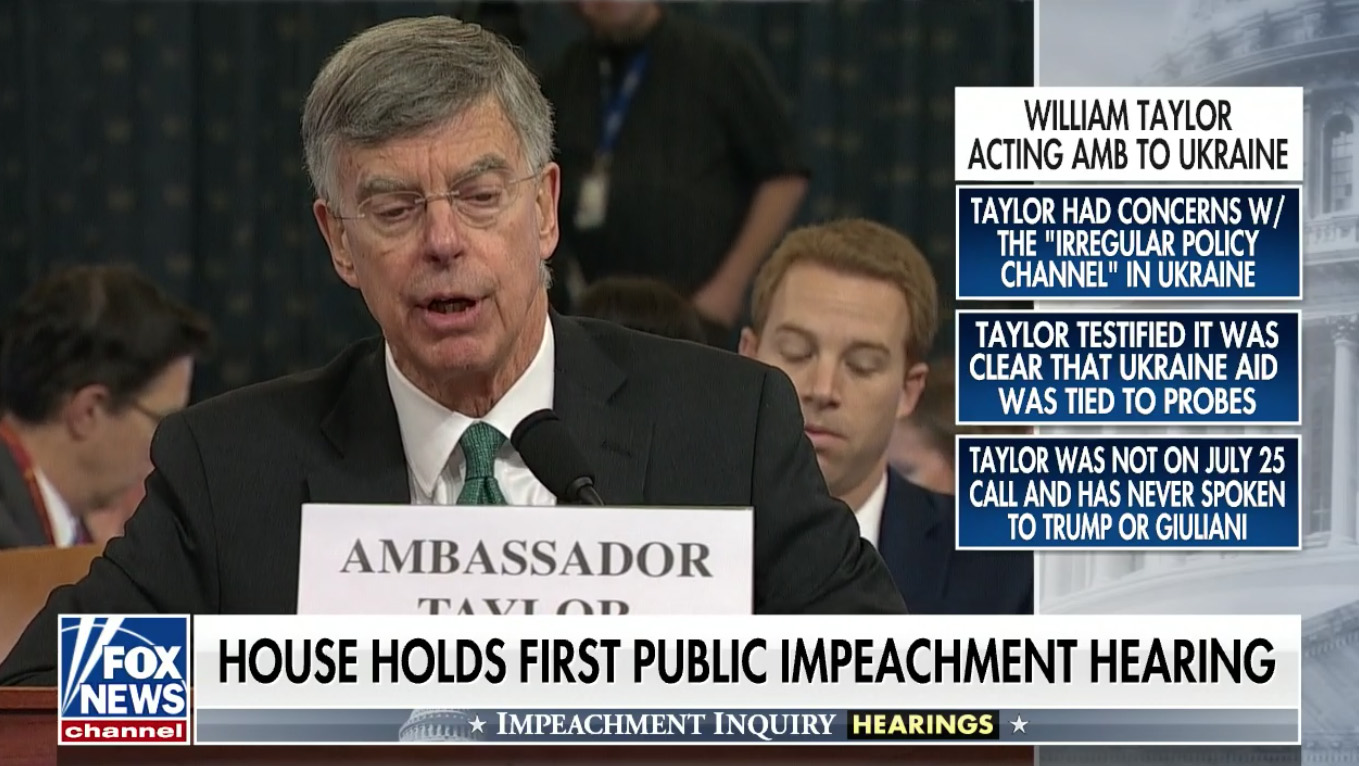 While none of these statements were untrue — each of them were statements taken directly from a party with a vested interest in protecting Trump or the current administration.

you already know how this is gonna play out pic.twitter.com/Xv28fiaMJY

Both networks also inserted lower third banners with a variety of key points, quotes and highlights.