‘CBS Overnight News’ got a new look this week too 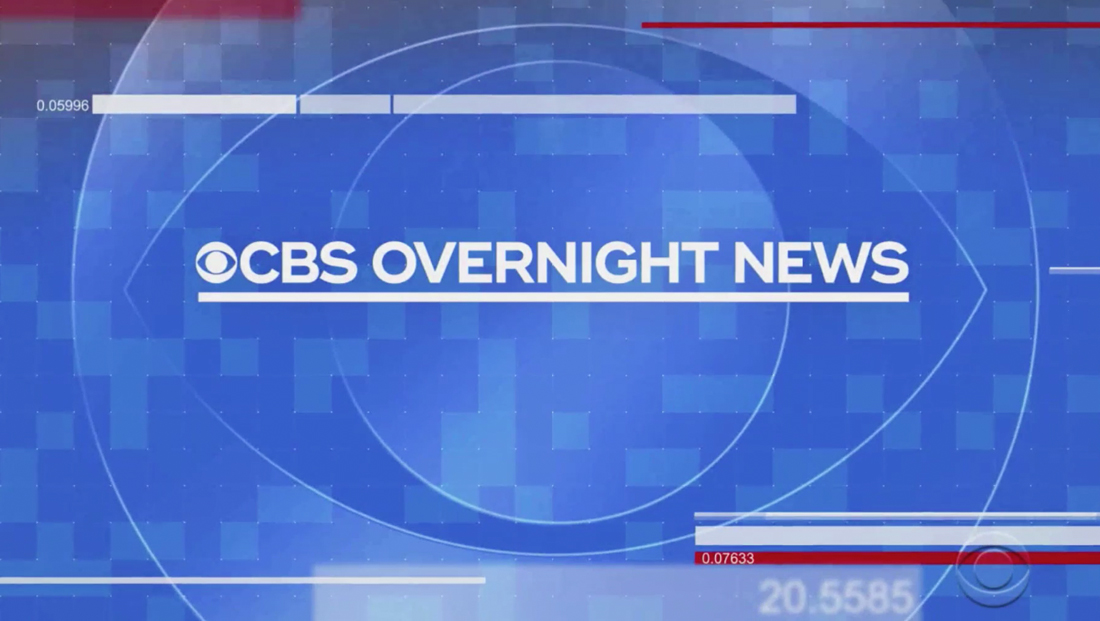 The broadcast switched to an open and graphics similar to the look first seen Dec. 2 on “Evening News” when it moved into its new Washington, D.C. studio with anchor Norah O’Donnell.

The switch to the new look was necessary because select segments from “Evening News,” including O’Donnell appearing on camera against the studio video wall, are re-aired under the “Overnight” banner.

“Overnight” also includes original anchor segments, which we previously produced from the New York newsroom set also used by CBSN and “CBS Weekend News,” but since O’Donnell’s broadcast moved out of Studio 57, the show has moved into that space.

Most shots showcase an anchor seated in front of the seamless video wall with a stylized image of New York City behind him or her — a similar one that is used for live shots and crosstalk between O’Donnell in D.C. and NYC based correspondents.