How the network websites covered lead up to impeachment vote 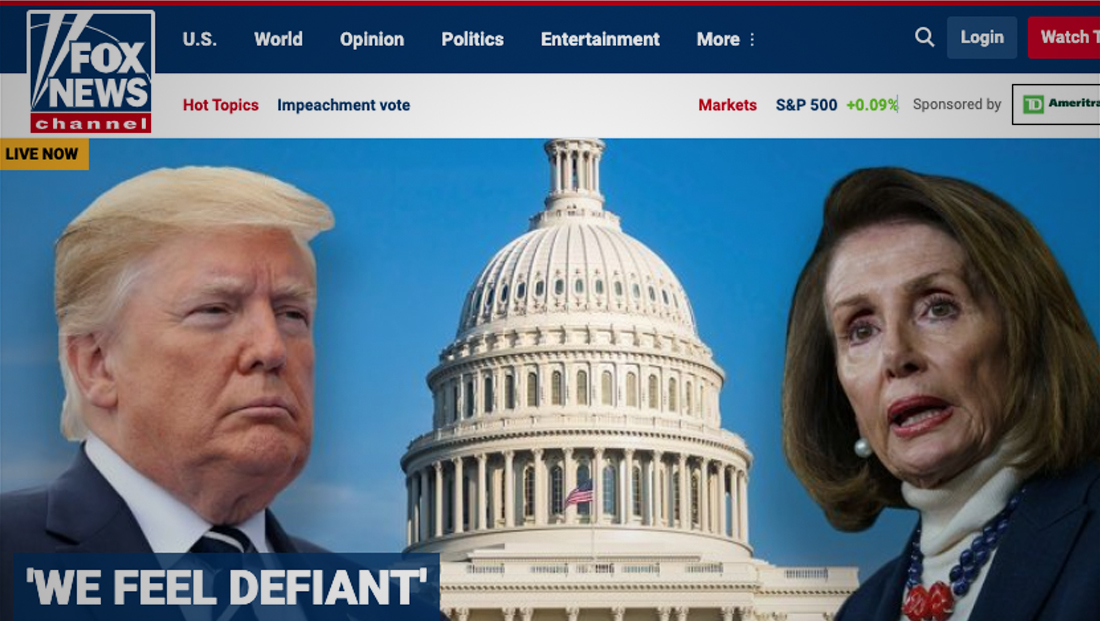 As impeachment proceedings dominated network and cable coverage Wednesday, Dec. 18, 2019, the websites of major networks devoted significant space to the coverage of the events inside the Capitol as well.

Here’s how each of the major U.S. networks headlined the story as of around 3:45 p.m. eastern:

The networks then broke down coverage into a variety of analysis, live blogs and related stories. 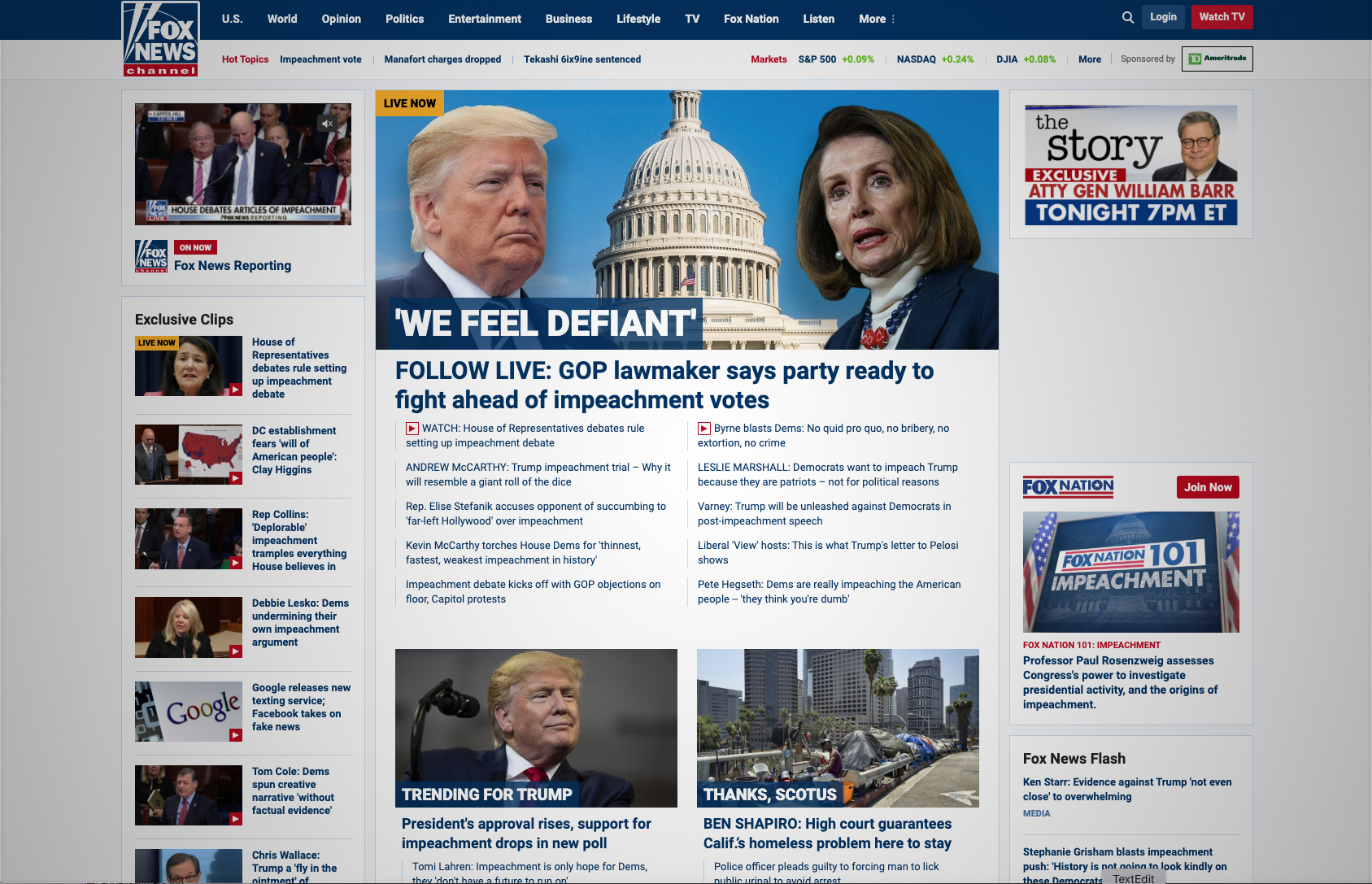 Fox’s website included a composite image of Donald Trump and House Nancy Pelosi with the Capitol dome between them. Under the main headline were these links: 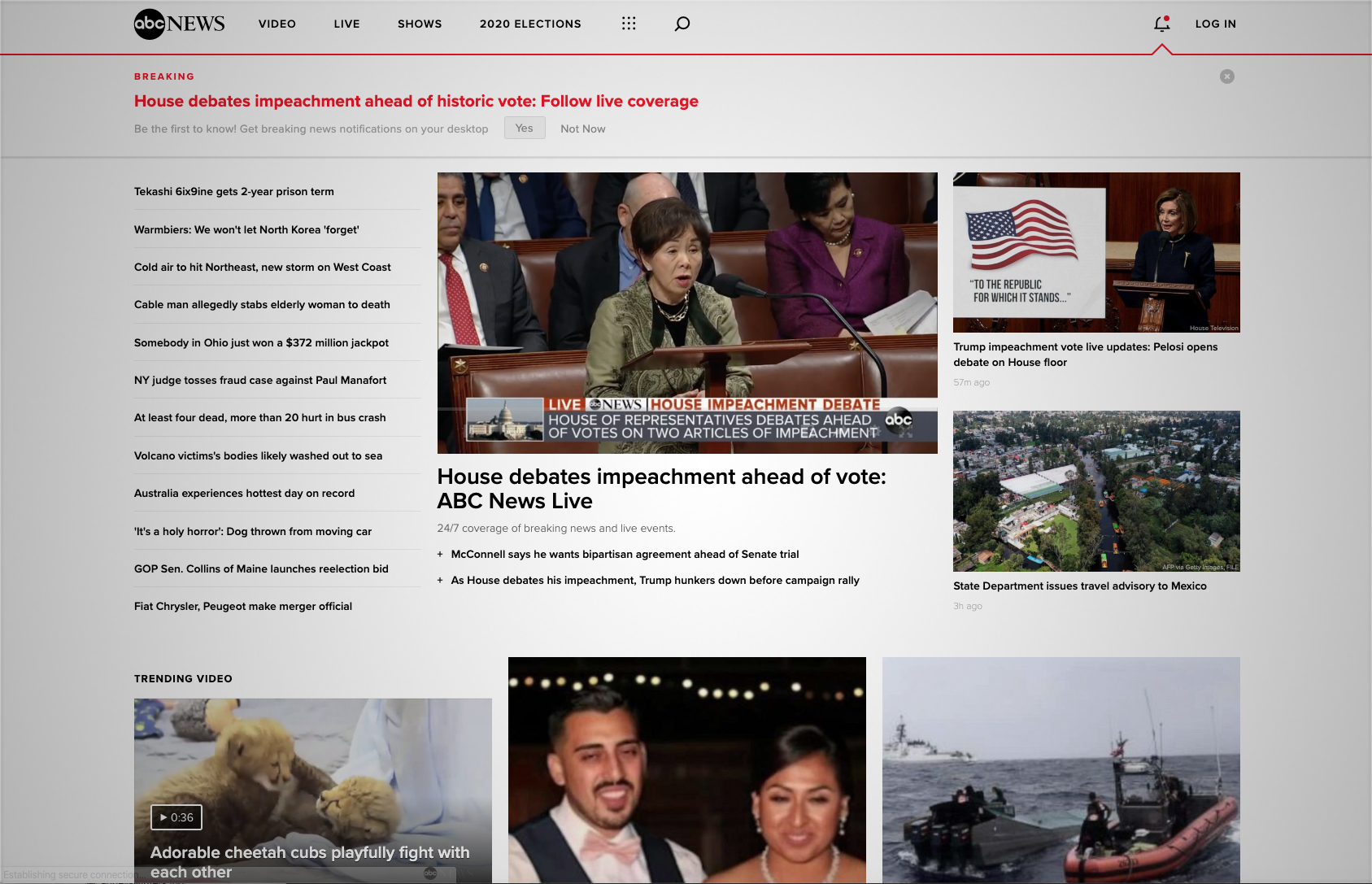 ABCNews.com featured a live stream front and center along with these related headlines: 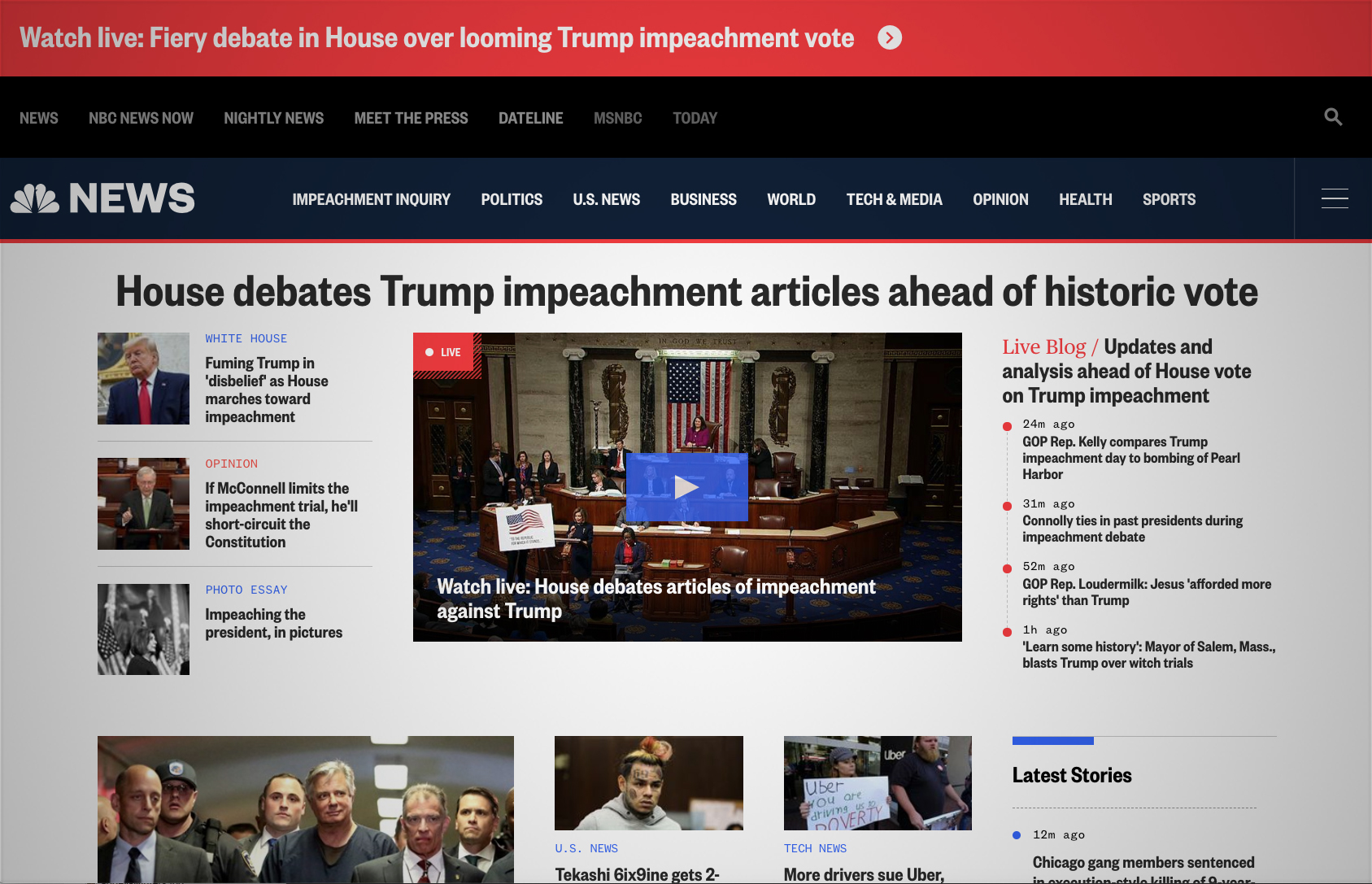 NBCNews.com also put the stream in the main space, along with three related headlines:

There was also a live blog with updated comments from both Democrats and Republicans running along the right side of the site. 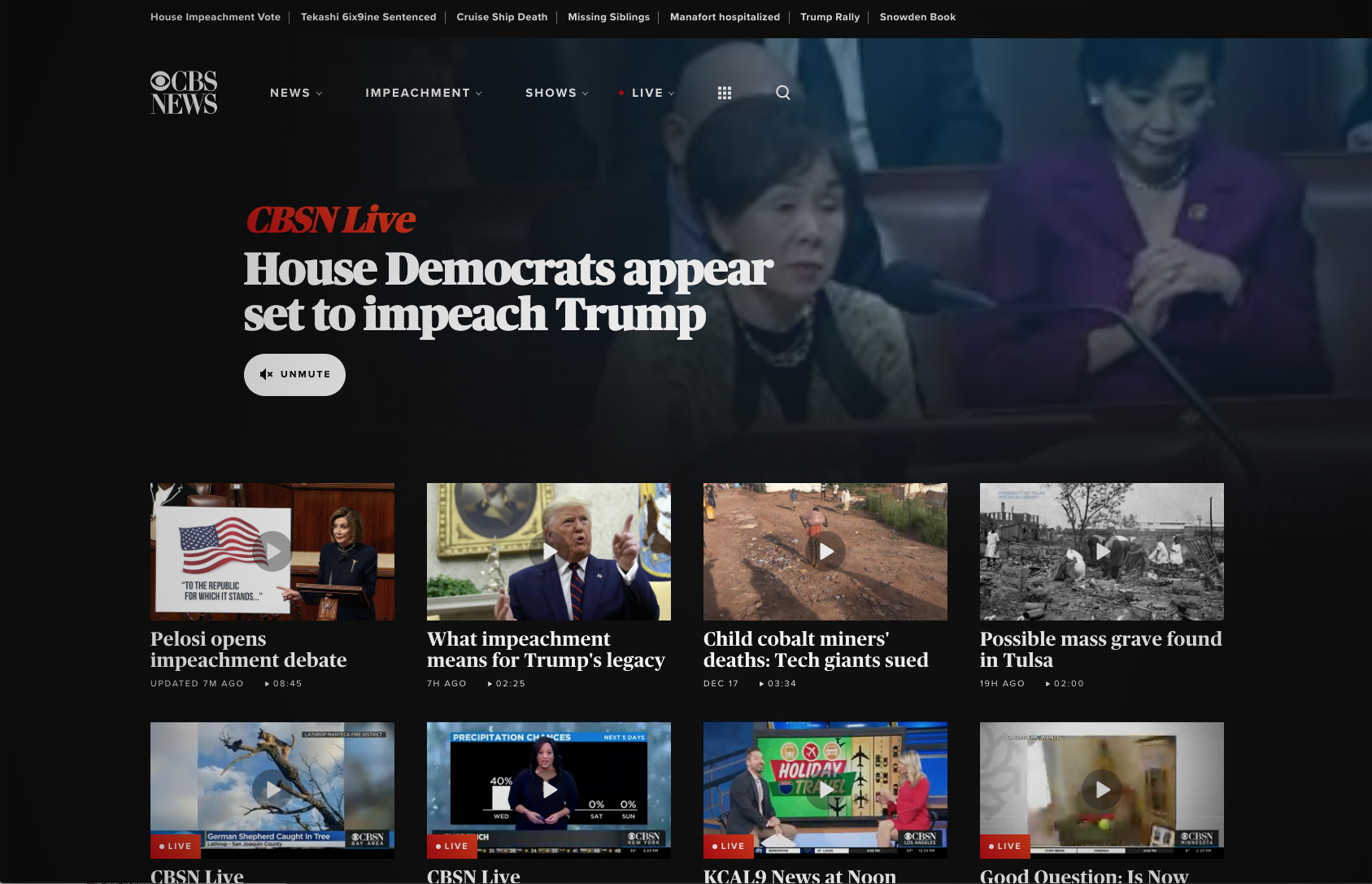 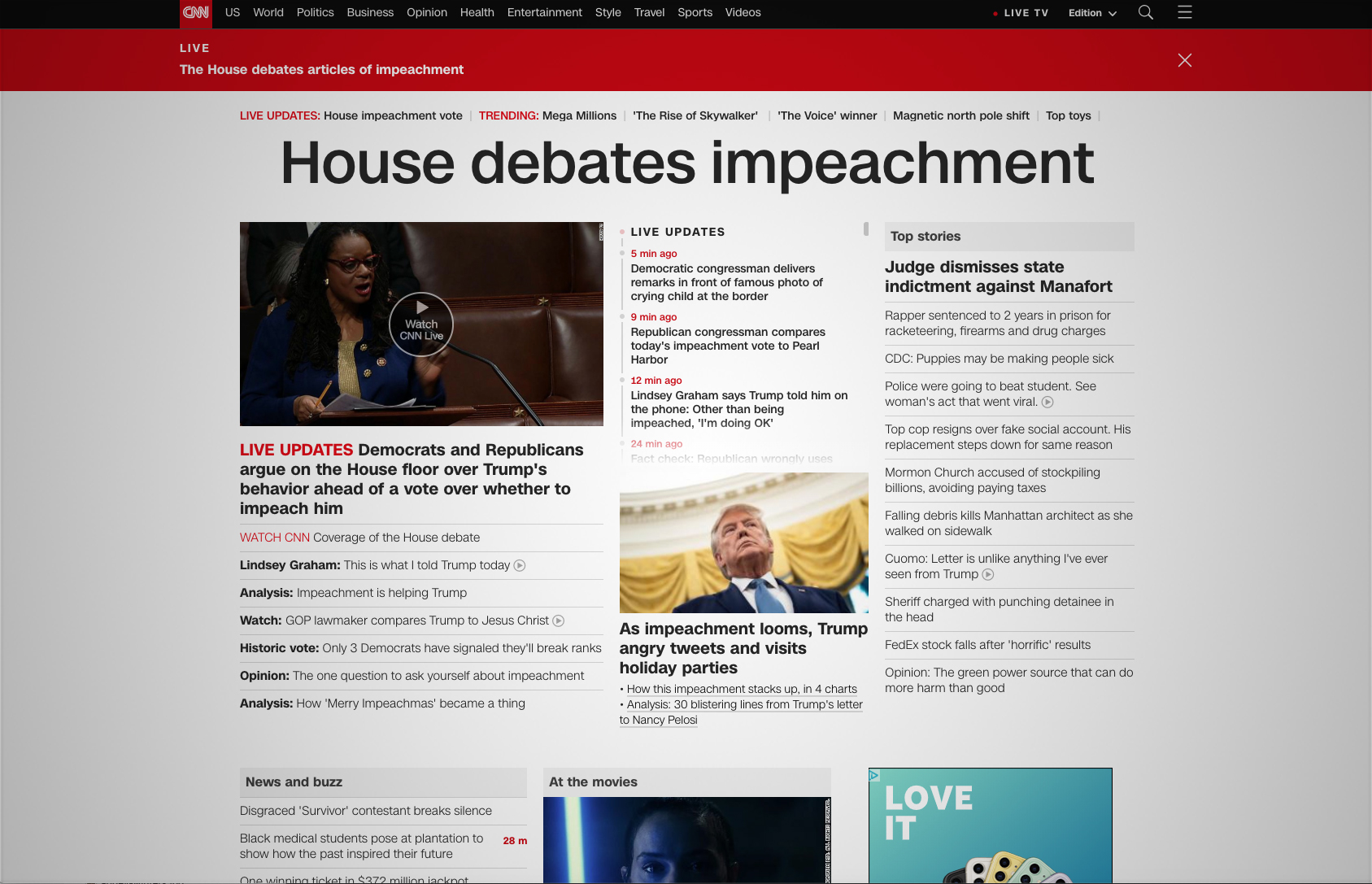 CNN.com also had a live blog stream, along with these headlines: 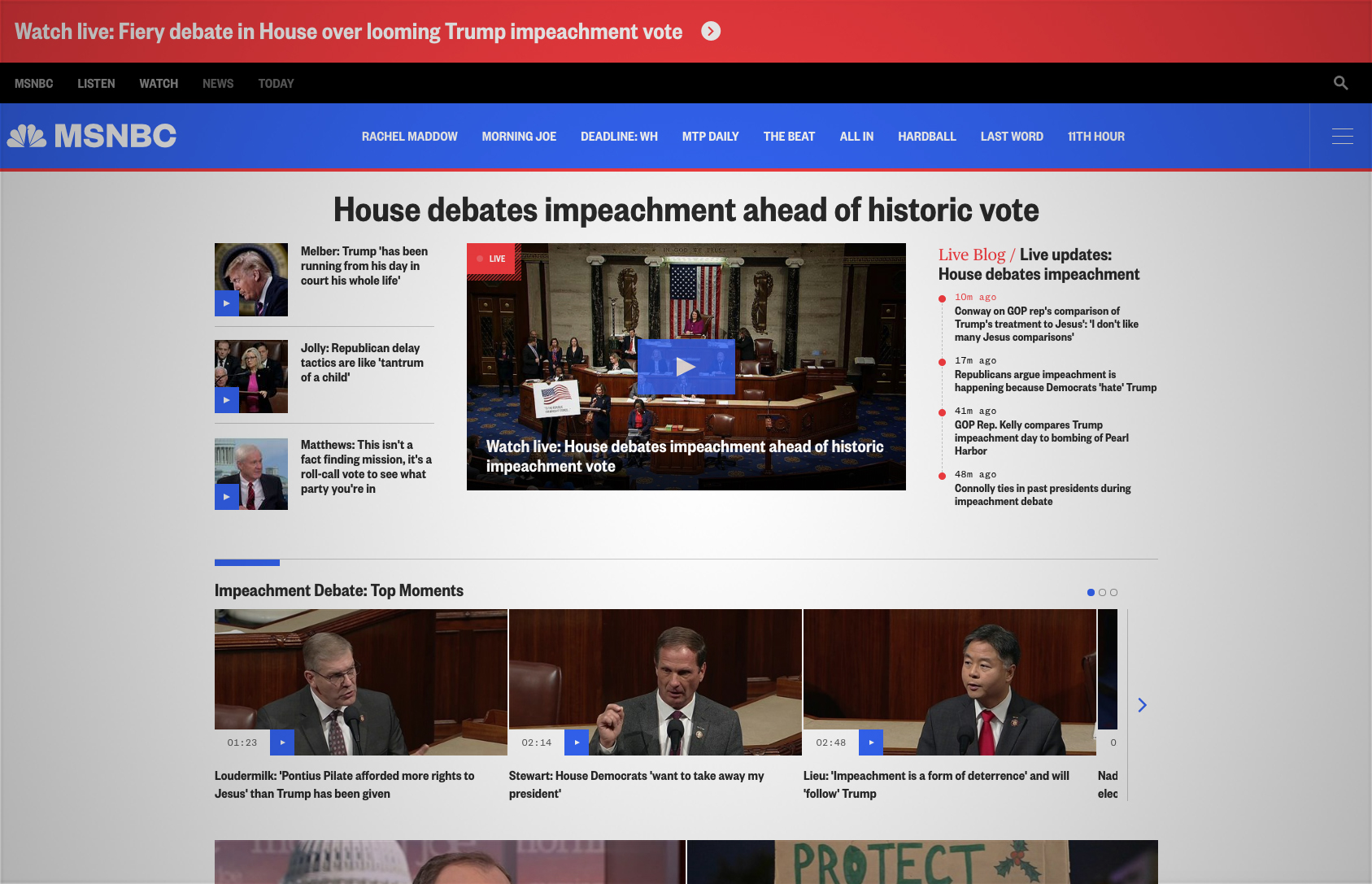 MSNBC.com, like it frequently does, emphasized video clips, including:

The site also included a similar live blog stream as NBCNews.com did.