Networks scramble to update newscasts after base attack 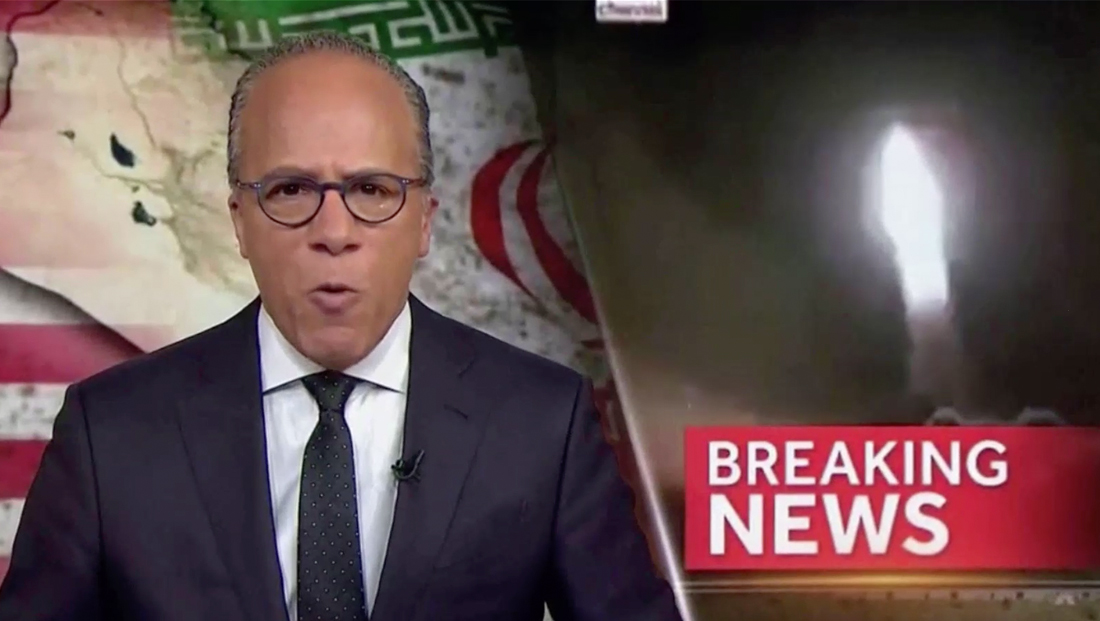 News of Iranian attacks against a U.S. base in Iraq came right as the network evening newscasts were hitting the air at 6:30 p.m. eastern Jan. 7, 2020 — and it caught all of them a bit off guard.

Right around the time when newscasts started, Iraqi TV was airing purported footage of the weapon launches, but the reports were yet to be verified.

All of the “big three” networks typically pre-produce the “teases” or “headlines” at the beginning of each newscast shortly before air.

Likewise, all of the networks also typically produce a feed at 6:30 p.m. eastern that airs live on the most of the east coast and central time zone.

A second feed is generally produced at 7 p.m. eastern with updates for the rest of the country — though with major breaking news the west coast may receive a live feed from New York produced at 9:30 p.m. eastern.

The networks also often re-air the most recent version of the evening newscast overnight in select markets on stations owned by them.

On the first feed of the Jan. 7 newscasts, NBC and CBS each aired what appeared to be the teases they had planned to run all along, which led with the aftermath of the U.S.’s drone attack on Iraq that killed a key Iranian leader on Jan. 3.

ABC wisely dropped its headlines and simply started the newscast with its standard open followed by live updates from anchor David Muir.

The graphic behind Muir read “U.S. Base Attacked?” — note the question mark. This same line was used on the lower third banners.

The network did appear to be having some issues with graphics during what was certainly a hectic time in the control room, with the lower thirds went missing for a brief period and the video wall behind Muir showed black before the correct image popped up.

Overall, ABC also stuck with the story longer, with NBC and CBS moving on to other stories of the day, including NBC’s exclusive interview with former vice president Joe Biden.

“CBS Evening News,” meanwhile, was slated to run an interview with Mike Pence, but the White House postponed it earlier in the day due to the unfolding events in the Middle East, so “Evening News” anchor Norah O’Donnell said on air it would run Wednesday.

CBS and NBC did not include a question mark in their graphics, however.

Because the two stories are related, using the originally produced teases still made a certain amount of sense, though it was a bit awkward not to have the latest news included — though there were obviously logistically constraints.

ABC and NBC both both aired updated newscast for west coast viewers, which also aired overnight in Chicago and other markets.

During the updated version’s “team coverage” tease, senior foreign correspondent Ian Pannell was shown on camera briefly looking down instead of at the lens.

In the Chicago market, CBS aired a special report over the first part of the time normally used to rebroadcast “Evening” at 2:40 a.m. local time.

This covered the entire first part of the newscast and picked up “Evening” with coverage of the earthquake in Puerto Rico, essentially creating an updated version of the broadcast.