How the evening newscasts paid tribute to Jim Lehrer 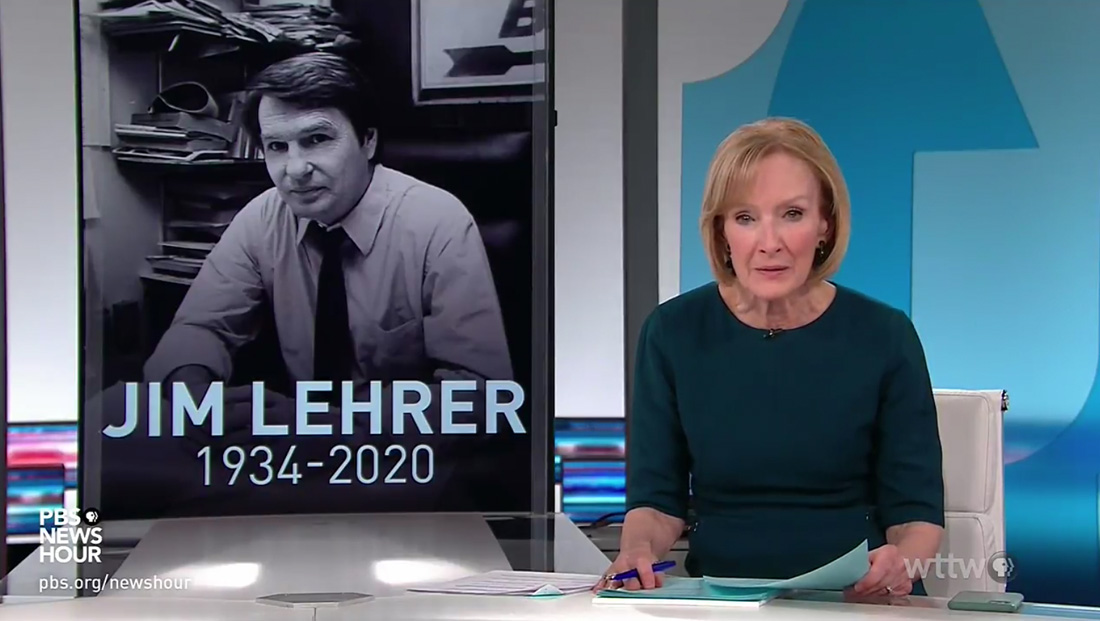 “PBS NewsHour” mentioned Lehrer’s death at the top of its Jan. 23, 2020 edition, promising more extensive coverage later in the hour before switching to impeachment trial coverage.

Having the advantage of a full hour, “NewsHour” offered extended coverage of Lehrer’s career later in the newscast, including an interview with his former co-anchor Robert MacNeil. 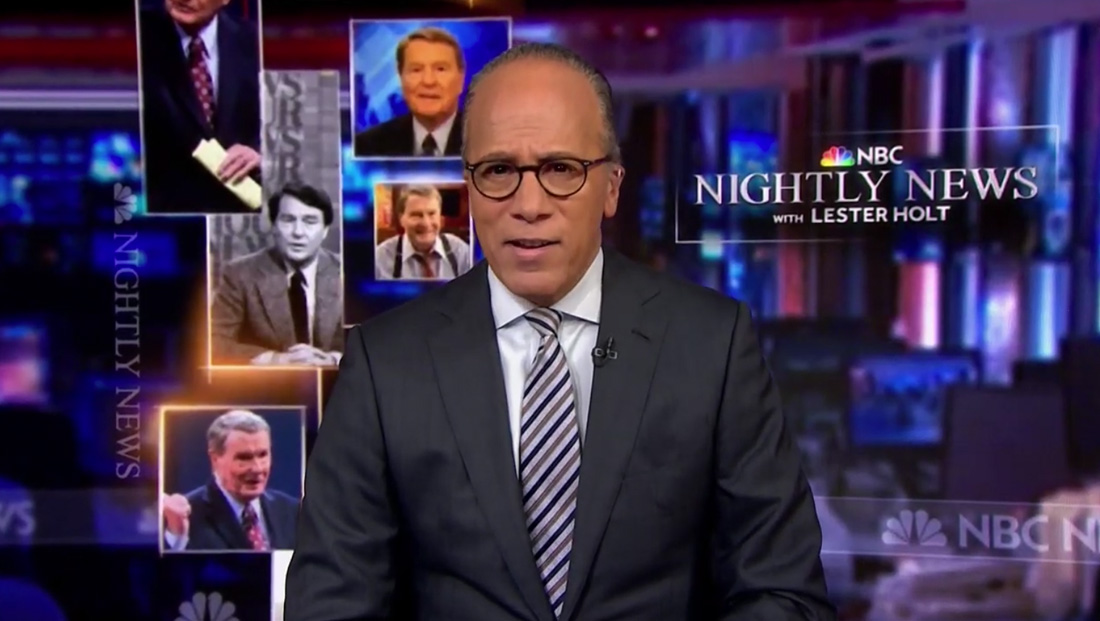 Meanwhile, “NBC Nightly News” included Lehrer’s death as its final tease headlines at the beginning of the broadcast — with archival images of Lehrer in the photo collage the network normally puts on the video wall behind anchor Lester Holt for this final shot. 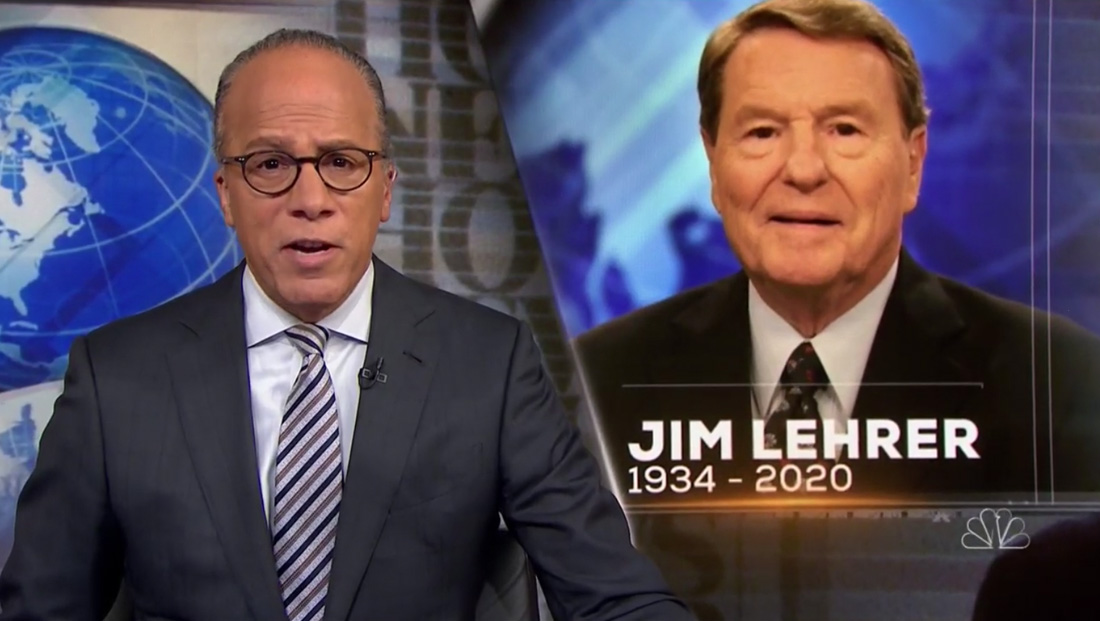 Later, the video wall displayed the network’s video wall OTS graphic in its usual angled template along with images from earlier days of “NewsHour.” 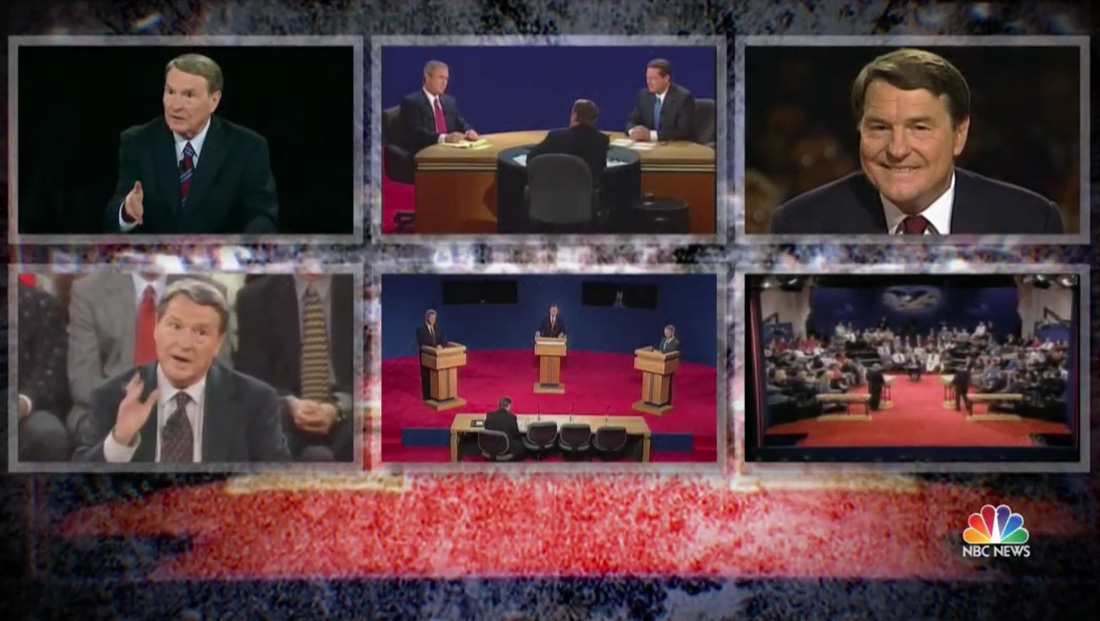 Andrea Mitchell offered a full package on Lehrer and his career, including using a six box that changed images to drive home the point Lehrer was the only person to moderate 12 presidential debates. 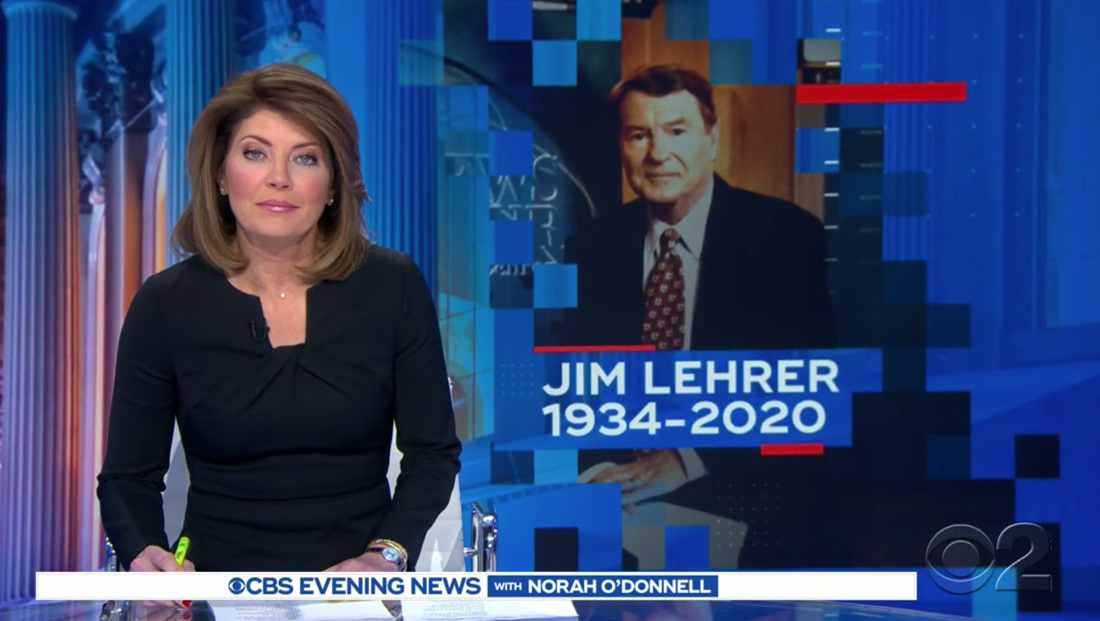 “CBS Evening News” paid tribute to Lehrer as well with a video wall OTS style graphic with his name and dates. After the package, anchor Norah O’Donnell offered a brief personal tribute as well. 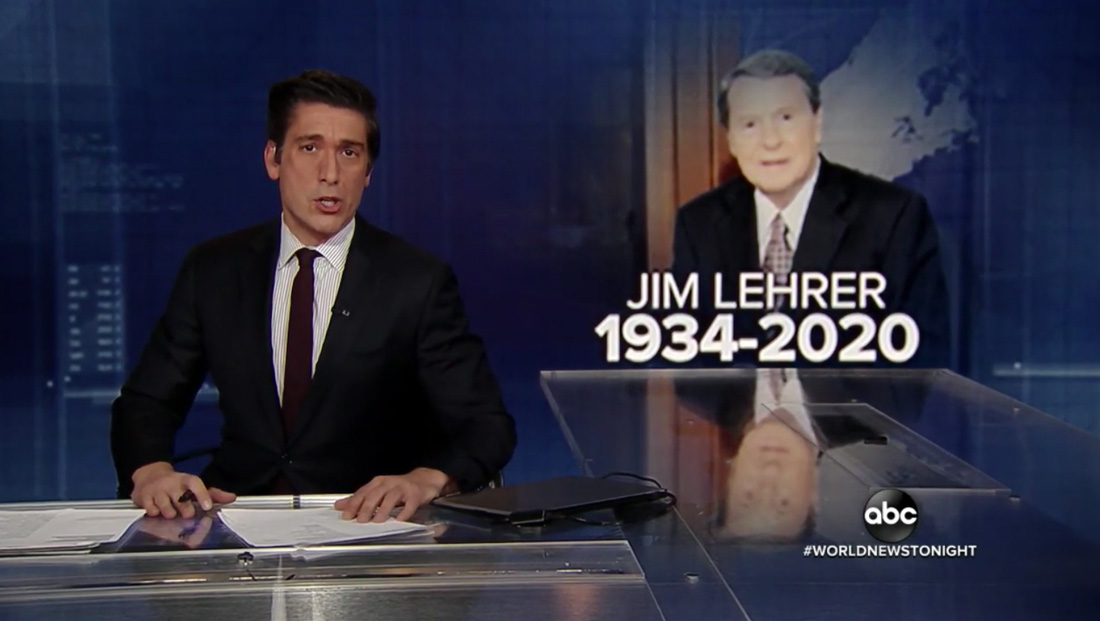 “ABC World News Tonight” used a similar look to introduce its report which it labeled as “developing now” on the lower third banner used during the package.