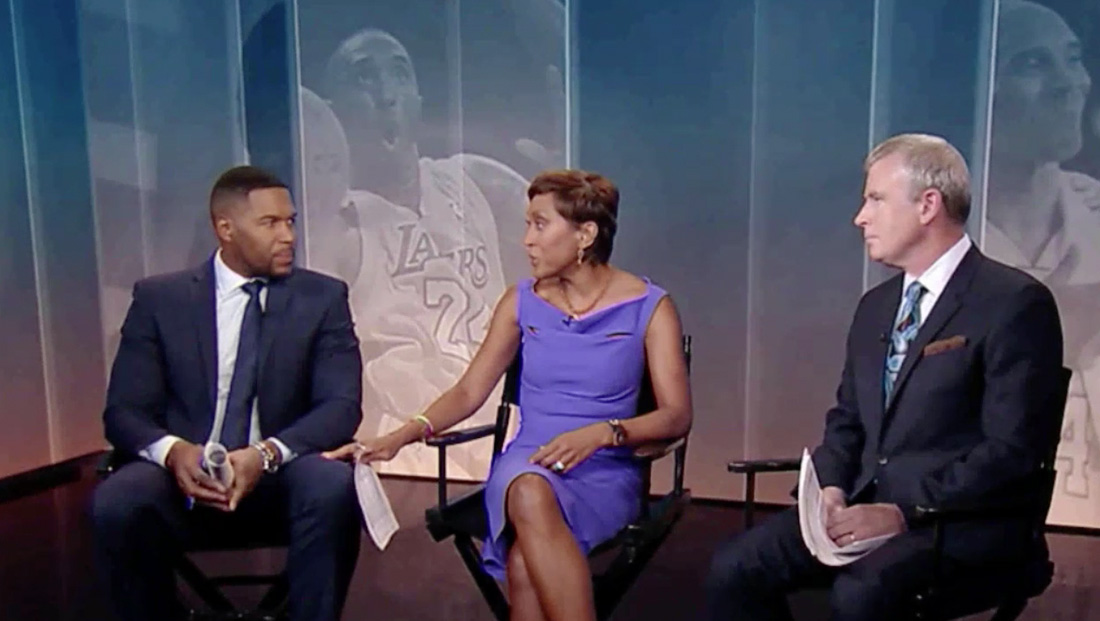 ABC News partnered with its sister sports network ESPN to simulcast a special looking back on the life of Kobe Bryant Sunday evening.

The trial sat in director’s chairs in front of the L-shaped video walls installed in the studio.

A blue and gold color scheme with vertical animated lines blended with imagery of Bryant was fed to the video wall, while a logotype using Proxima for Bryant’s name and Trajan for the “Death of a Legend” line.

ABC used this headline on “World News Tonight” Sunday and “GMA” the next morning as well.

This typographic combination has been used for a variety of other ABC topical logotypes, including, most recently, Donald Trump’s impeachment trial.

The special used a smaller and unceremoniously “smooshed” version of the logo as bug along with two line insert graphics that appeared next to the bug with a vertical red line.

For fullscreen graphics, the vertical line and color scheme used on the video wall was used, but without photos.