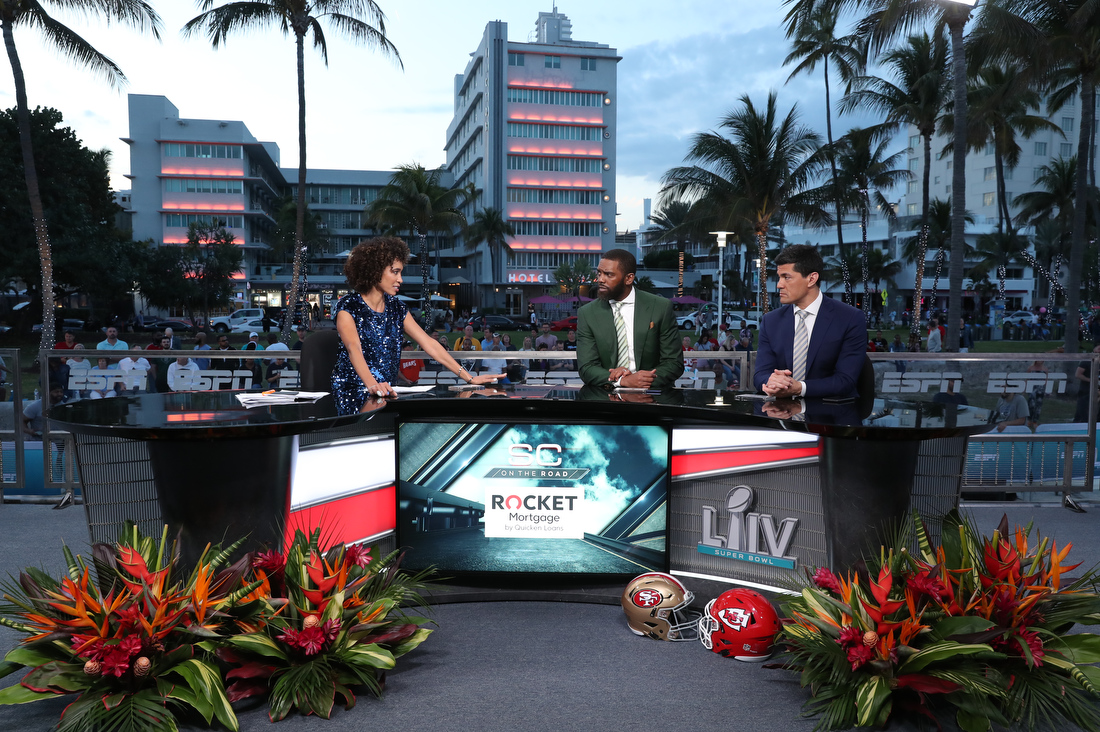 ESPN has set up shop in Miami with three locations for its 70 plus hours of Super Bowl LIV coverage.

The network’s main compound at Lummus Park in the South Beach neighborhood of Miami Beach features a faux football field area with an example of classic Miami Beach art deco architecture, the Victor Hotel, behind the main anchor desk. 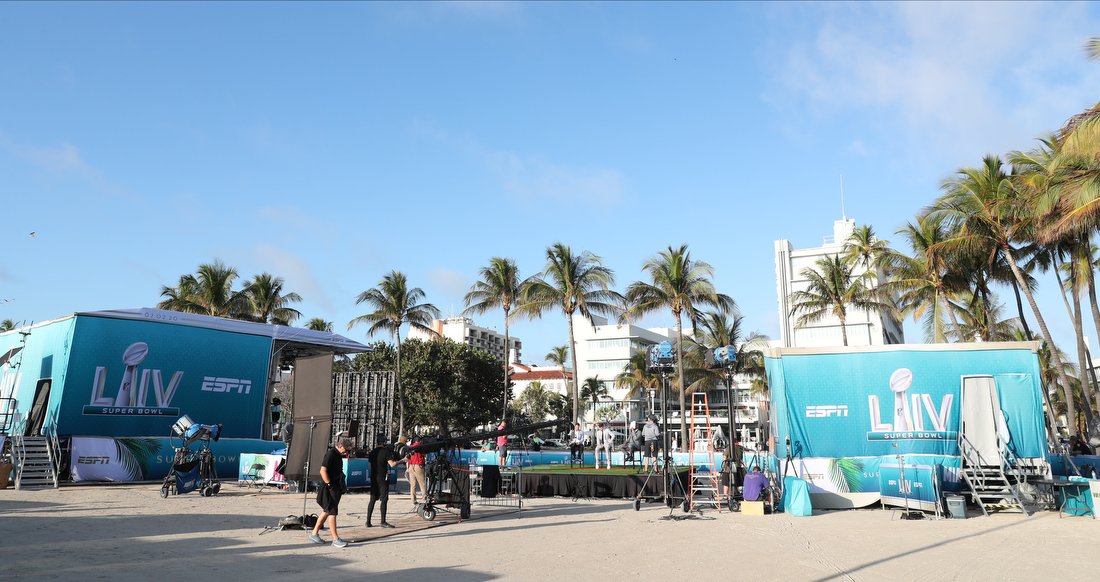 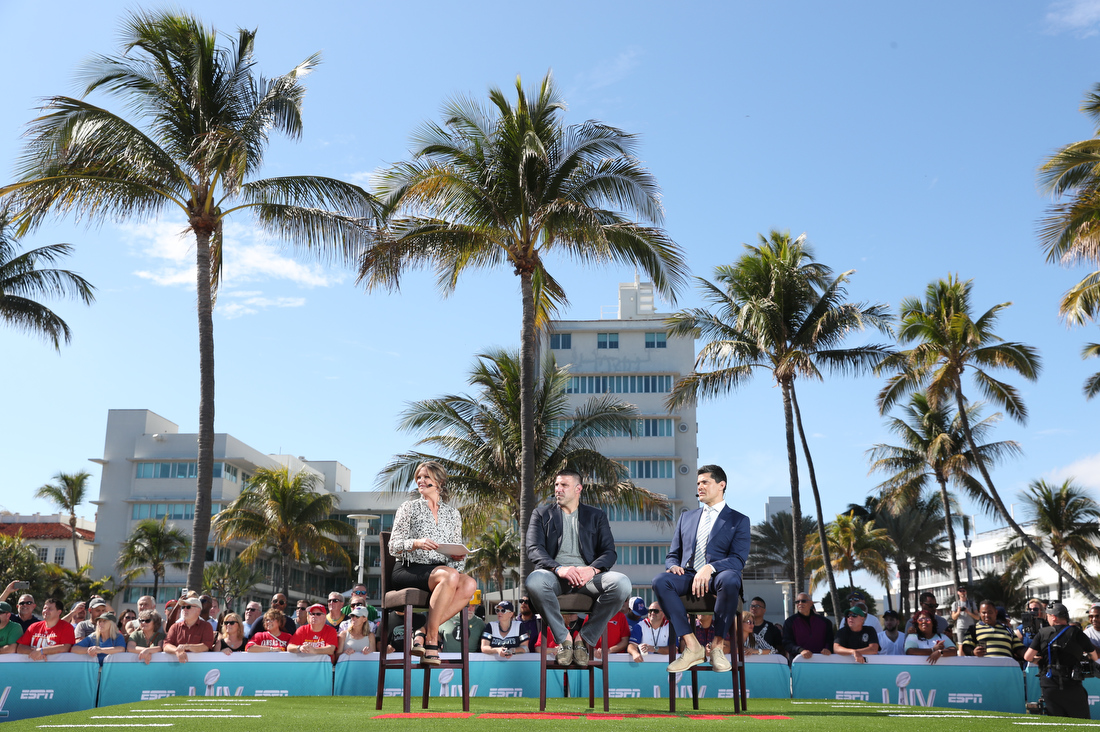 Daily shows including “Get Up!,” “Pardon the Interruption,” “SportsCenter,” along with the network’s regular NFL programming such as “NFL Live,” have all relocated to Florida for the pre-Super Bowl week and are using this location.

Meanwhile, “First Take” and “Around the Horn” are broadcasting poolside with a crowd of football fans at the Clevelander Hotel. 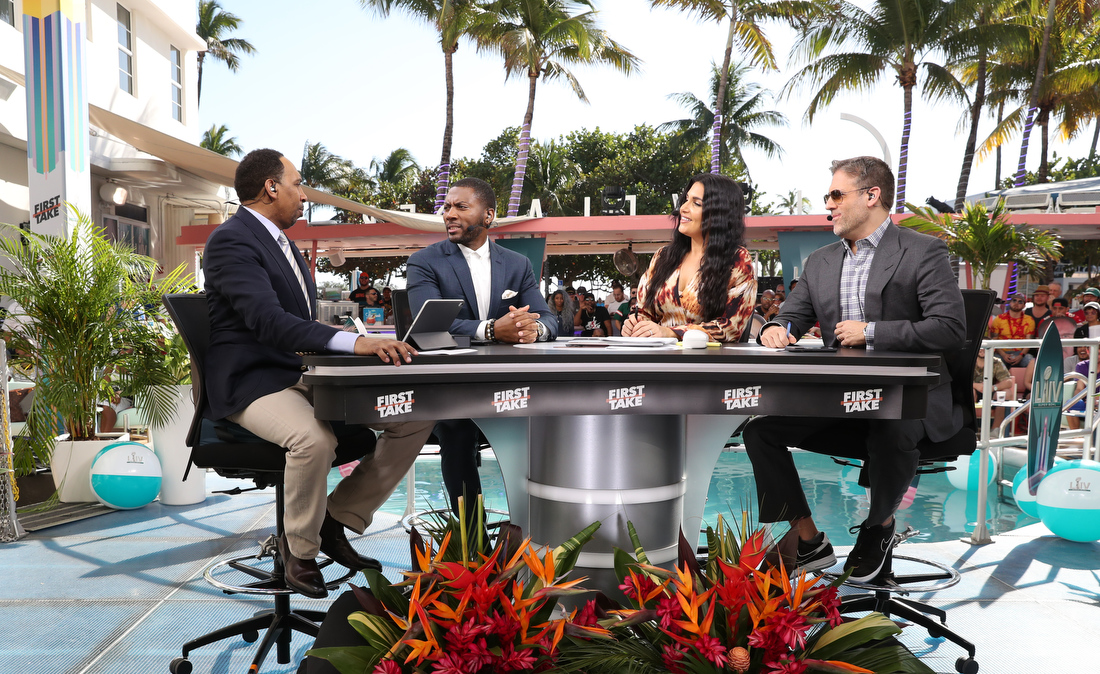 The two hotel locations are roughly a black away, both located across from Lummus Park. 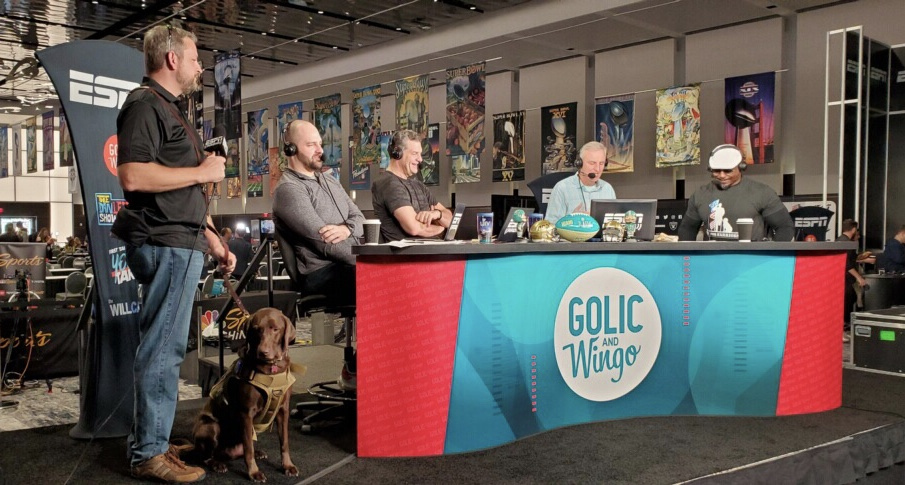 ESPN is the international broadcast home of the Super Bowl in 109 countries and territories such as Latin America and Brazil.