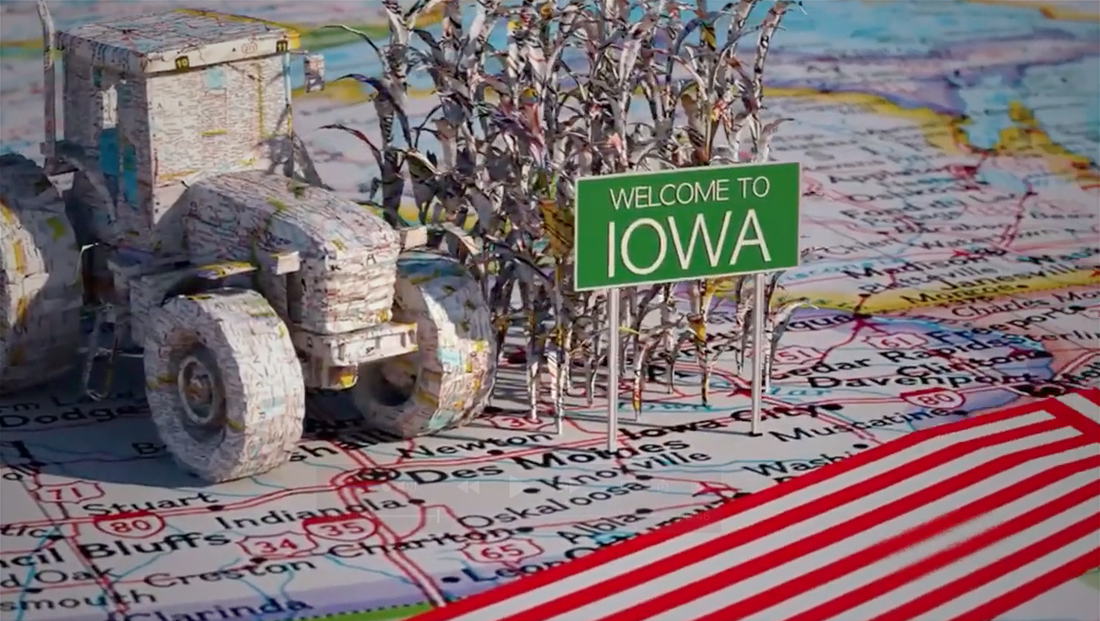 NBC and MSNBC is promoting its embedded campaign reporters — what it has dubbed “road warriors” the past few election seasons — in a map themed promo.

The spot features road maps that “crumple up” to form 3D objects — such as a tractor representing the Iowa caucus with “road signs” providing context.

Also mixed in are zig-zagging red, white and blue stripes that have appeared in other political promos for the networks as well as on the road footage of correspondents, which each one identified by name and social media handle.

The spot ends with a “Road Warriors” logo using a layout similar to the network’s overall “Decision 2020” branding as well as the “This is who we are” tagline.