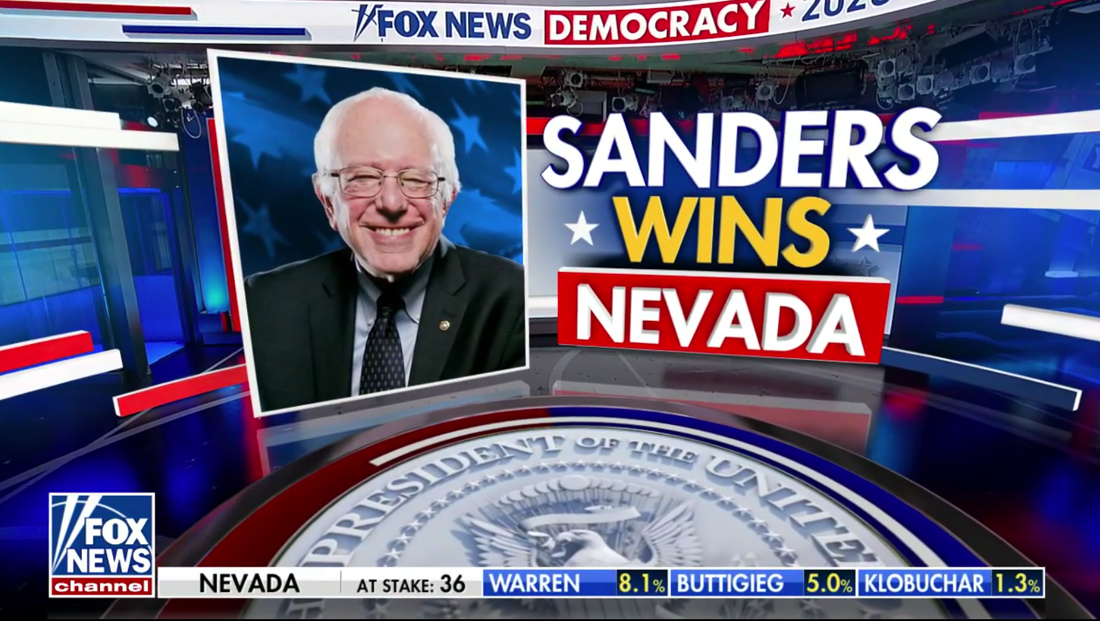 The network added the AR layer to wide views of Studio F, which debuted just before the 2016 election.

The augmented elements includes a virtual 3D version of the “video chandelier” and overlay on the in-floor LED circle that are used to showcase the network’s new “Democracy 2020” branding as well as result data.

In addition, 3D horizontal bars and star accents, borrowed from the new graphics that debuted along with the switch away from “America’s Election HQ” branding, ring the space along with blue gradient overlays.

Results, meanwhile, can “appear” as large “columns” with candidate headshots and voting data that “rise” from the floor that also often include 3D state imagery.

Race predictions are also added into the studio space with large portraits and 3D lettering.

The network is also using the Studio F video wall to display results that are then shot with a handheld camera.

Fox also used augmented reality during the 2016 midterm elections, including both LED and virtual billboard style elements added to the exterior space outside Studio F.