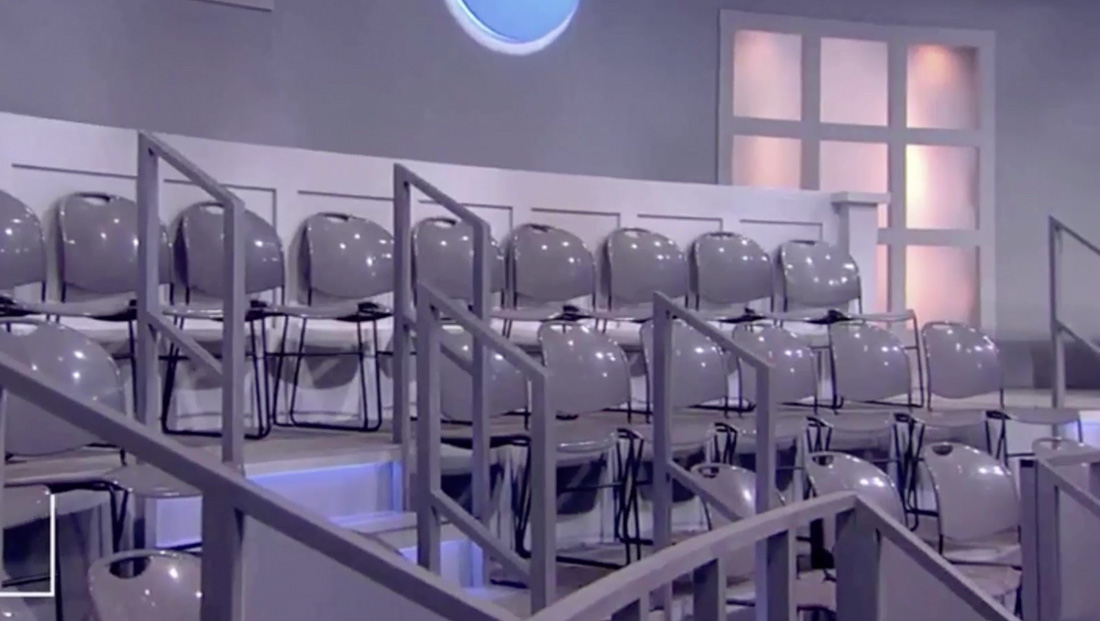 In many TV studios in the U.S. there’s an odd site: Rows of empty, mostly uncomfortable looking chairs where there’s normally excited audience members looking for their five seconds on TV.

Much of the broadcasting industry has either done away with or are in the process of eliminating studio audiences out of concern for public health during the coronavirus outbreak.

The move makes sense — many TV studio audiences often tend to skew older since most shows tape during the day — and there’s evidence COVID-19 is deadlier among older people. No matter what their ages, it’s also risky to put a few hundred people in an enclosed space where they’re sitting elbow to elbow, not to mention the issues of having celebrity guests being reluctant to make appearance or interact with the crowds.

So, most TV shows produced in front of live studio audiences are dropping the practice for the time being.

Initially, only reality series “Survivor” and “The Amazing Race” actually topped production as a result of the coronavirus threat. However, NBC and CBS announced March 12, 2020 that “The Late Show with Stephen Colbert,” “The Tonight Show Starring Jimmy Fallon” and “The Late Late Show with James Corden” would all suspend original editions the week of March 16.

All three shows had planned on a going on hiatus — before the virus outbreak — the week of March 23, so the break will simply “roll into” that.

Disney-ABC Home Entertainment and Television Distribution’s “Live with Kelly and Ryan” switched to broadcasting in front of a mostly empty audience area, with some seats filled by staffers and crew members.

Using crew members is a way to better control audiences to people who would likely be in close contact with each other anyway while also having the secondary advantage of giving hosts at least some reactions to “play off of.”

Syndicated “The Wendy Williams Show” has also stopped using a studio audience and replaced it, at least initially, with crew members and staffers as well.

Williams took advantage of the situation to pay tribute to her staffers — who often don’t appear on camera.

ABC’s “Good Morning America” moved production to the first floor — instead of the more open second level that is normally used for the second hour with members of the public seated around the space.

Similarly, “The View” is also producing without an audience — though it left its seating most empty on March 11, 2020. “The View” hosts pretended to act surprise and the show, like others, made no effort to hide the empty seats.

Afternoon talker “GMA3: Strahan, Sara and Keke” is using the upstairs studio it, and much of the second hour of the primary block of “GMA,” normally uses but with crew and staff milling around the space normally reserved for rows of audience seating.

Disney produced “Tamron Hall” is also eliminating a studio audience, though episodes without an audience have not aired yet as of March 11.

Over at NBC, “Today” has closed down the outdoor area outside of Studio 1A and also populated the studio audience it uses for Thursday and Friday editions of the fourth hour of the show.

In addition, another major TV event, the CNN Univision democratic debate scheduled for Sunday, March 15, will also be produced without an audience.

Meanwhile, some late night talk shows moved up their “no audience” dates while also announcing a longer than expected spring hiatus.

Overall, while the decision to do away with studio audiences is likely a smart move for TV shows, it can also be taking away a key part of what makes shows “tick.” 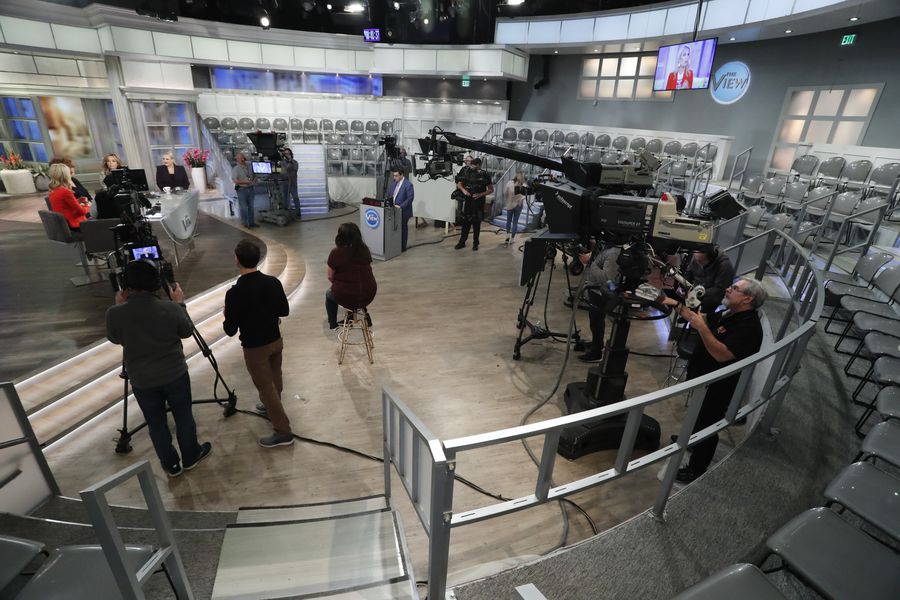 The empty studio of “The View.” Photo courtesy of ABC.

Hosts miss out on not having live, large scale feedback on if something is funny, sad, shocking or interesting — and certain segments involving audience participation may need to be eliminated or modified (Williams, for example, still took questions from her staff instead of audience members for her infamous “Ask Wendy” advice segment).

Some shows also rely on a “rehearsal” audience to further gauge reaction to jokes or segments.

Contests and games also often need to be adjusted, although shows with at home participation — either video video call or phone — are typically able to continue as normal, though contests involving a studio audience member winning a prize as well typically need to be reworked since the chairs are either empty for filled with staff members.

For scripted shows, such as Netflix’s “One Day at Time,” which has stopped using a live audience, the studio audience actually becomes a “character” of sorts thanks to their laughter and clapping being picked up (and often enhanced) during shooting and even used as a way to determine if on the fly rewrites are necessary.