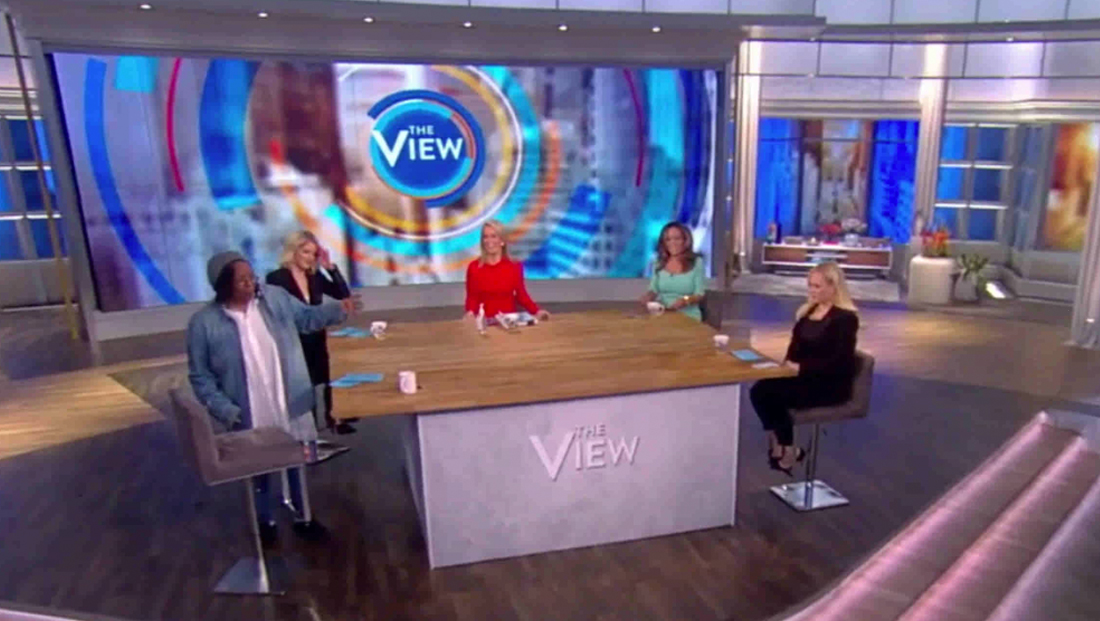 “The View” switched out its familiar “hot topics” desk in favor of a large blocky monstrosity that helped the co-hosts say farther apart and demonstrate effective “social distancing” March 16, 2020.

“Welcome to ‘The View,’ y’all and to our very big, big ass desk,” said moderator Whoopi Goldberg at the top of the show.

The desk, meanwhile, had a grab textured base with “The View” logo on the front along with a giant wood toned top. 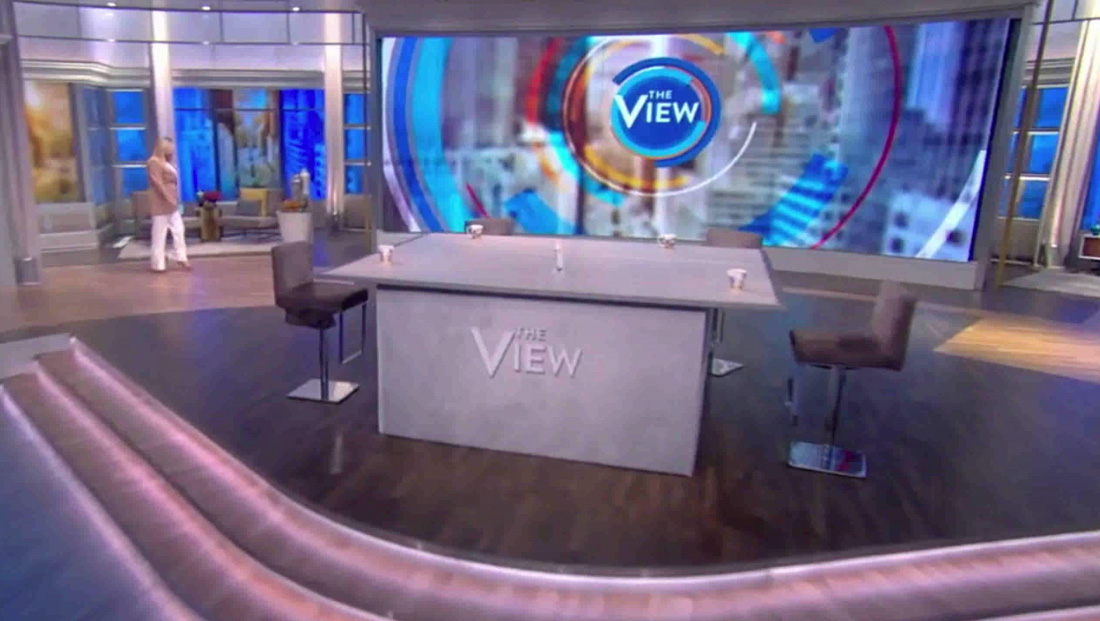 By Tuesday, March 17, 2020 the network swapped out the original wood toned table top for a silver gray one.

What was missing, however, was the family bowed leaf motif that’s been a staple of the show’s set design since its creation in 1997.

Several of the reverse shots used as the co-hosts walked in revealed multiple metal supports — apparently needed to keep the thing sturdy.

The co-hosts also entered the empty studio differently — instead of the normal small clusters, each walked into the studio one at a time separated by at least several feet.

The show has been going without a studio audience since March 11, 2020.

“The View” had Sara Haines and ABC News medical correspondent Jennifer Ashton on as guest co-hosts while Joy Behar takes time off due to worries about the coronavirus outbreak.

So far, “The View” has opted to stay in production even as CBS’s quasi-competitor “The Talk” shut down temporarily.